A new wolf den just outside Denali National Park and Preserve holds at least two newborn pups that may be the last vestiges of a once-thriving and long-studied park pack.

But uncertainty swirls around the future of those tiny wolves.

The pups and their mother may be the last surviving members of the park's famed Toklat or East Fork Pack that biologist Adolph Murie began studying in the 1930s. The park, home to nine packs in total, is considered one of the best places in the world to see wolves in the wild.

The East Fork wolves ventured near the park road, which meant the pack was a common sight before its numbers shrank in the last two years from 14 to perhaps these last three. 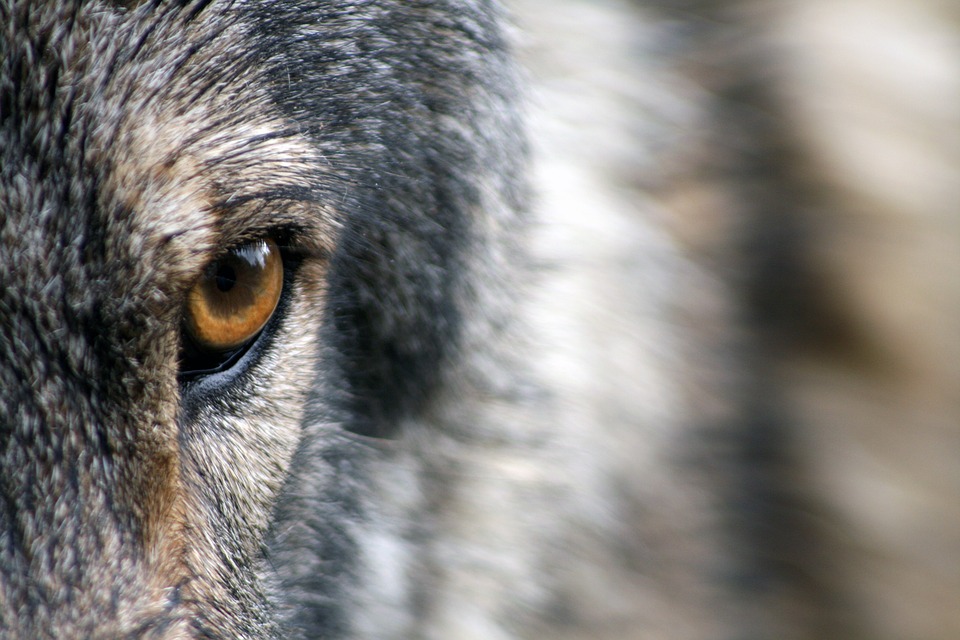 The state in early June pledged to rescue any pups born in the den and place them with a wildlife center or zoo if it became clear they would die without intervention. That offer came at the request of Anchorage biologist and wolf activist Rick Steiner.

Now Steiner contends the pups — and the black female who is their mother — are starving to death because state officials aren't watching them closely enough before initiating a rescue.

"I think it is likely the pups are already dead and the mother long gone, but I hope I am wrong," he said in an email Thursday. "The only way to really know is to get to the den on ground, which I am pressing the state to do."

No state plans to monitor

A hunter on lands east of the park last month apparently killed the last radio-collared wolf in the East Fork pack.

The gray male was spotted with the female over the winter and may have been her mate, raising questions about whether she can care for pups on her own.
Park officials say there's no indication the female has died, and the pups were alive as of June 7.

[A starving wolf stalked a Canadian woman and her dog for 12 hours. Then along came a bear.]

The Alaska Department of Fish and Game has no plans to do any additional monitoring in the area, said Darren Bruning, the agency's Fairbanks-based regional wildlife supervisor.

The agency is working with the National Park Service and relying on biweekly flights over the den to provide information, Bruning said. If Fish and Game has aircraft nearby doing other research, they'll fly over the den area, but no such flights are scheduled, he said.

It's difficult to monitor wolves not fitted with radio-tracking collars in summer, once the valleys clear of snow that shows tracks, he said. Putting Fish and Game researchers on the ground near the den could disrupt the pups.

The only reason the state would step in is if there is proof the pups are orphaned and no other wolf is helping them, Bruning said.

The state's 2010 orphaned game animal policy — it covers everything but wolf pups orphaned by predator control — dictates such decisions be made on a case-by-case basis.

"To intervene with wild babies, there would have to be certainty that there were no other pack members or adults that were present that could be taking care of these pups," he said.

Park officials say they don't know if the female is getting help from other wolves or somehow feeding herself and her pups on her own. Researchers spotted tracks from three wolves in March; it's possible a third wolf joined the collared male and the female, or that there may be a new pack in the area.

The female was spotted in a den in late May, meaning she likely had given birth to pups.

[That suspected bear mauling in South Anchorage? It was most likely a moose attack]

Then, on June 7, a pilot working for the Park Service spotted the two pups, according to Dave Schirokauer, the park's acting deputy superintendent, and resources and science team leader. The female wasn't visible but may have been out hunting, Schirokauer said.

A private pilot flying the area Tuesday said he didn't see any wolves but did see a surprising amount of human activity such as all trails threading down to the Savage River valley.

The Park Service pilot flew again on Wednesday but saw no animals at the den. He made three passes before turbulence forced him out of the area, according to an email Schirokauer sent Wednesday afternoon. Another flight is planned by week's end, wind and weather permitting.

There's another wrinkle to the story of the East Fork wolf family: Steiner says it's possible the death of the gray male in May was an illegal kill.

Park Service reports last month indicated the wolf was dead in a hunting camp just outside the park.

As of this week, Fish and Game hadn't heard from any hunter or trapper who killed a wolf in that location in that time period, according to Bruning.

The agency, however, has no direct information the kill occurred in the first place, he said. All Bruning had heard, he said, was a report from Steiner about the pilot's observations.

"But other than that report that I only received at best thirdhand, we have no knowledge or record of a wolf being harvested or killed on those dates in that area," he said.

The Park Service believes "the evidence is very strong" the last collared East Fork male was killed on state land near the Teklanika River, according to a May email from Schirokauer.

A pilot flying the area for the Park Service wrote in another email he had tracked the male by its collar to a spot about 218 yards from an occupied hunting camp in May.

It was lying in open tussocks a few miles south of a bear baiting station used in 2015, he wrote in an email forwarded by Schirokauer.

Several people stood around, and the pilot made a few circles and left. He wrote that he assumed the wolf was clearly visible from camp.

The pilot flew back a few hours later.

"The signal from the wolf was right at the camp," he wrote, adding he didn't try to pinpoint it. "There was one guy watching me with a camera or binoculars."

The Park Service did not recover the collar, Schirokauer said in May.

Under state law, someone who traps a wolf in that area is required to bring its pelt in to be sealed — fitted with a permanent tag showing it was logged with a Fish and Game representative — by May 30. Someone who took a wolf with a hunting license is required to get it sealed within 30 days of killing it.

The East Fork pack ranges along the park's boundary and into lands open to legal hunting and trapping.

The Alaska Board of Game in 2010 lifted a no-hunting buffer in that area and won't consider calls to renew a hunting and trapping ban there until next year.

Hunting and trapping kills an annual average of nearly 10 black or brown bears, 43 moose, and about four wolves in the area of Stampede Trail, the so-called Wolf Townships and Nenana Canyon, according to the Alaska Division of Wildlife Conservation.

The drama playing out around this small East Fork wolf family is also part of a larger scenario of "abandoned wolf pups and family group disintegration" across the state due to the 1,200 wolves killed annually in Alaska by hunting, trapping and state wolf control programs, Steiner contends.

"What makes the Denali East Fork situation unique is that these wolves are real million-dollar rock stars that hundreds of thousands of paying visitors want to see," he wrote in an email Thursday.

Soldier dies in on-duty accident on Joint Base Elmendorf-Richardson