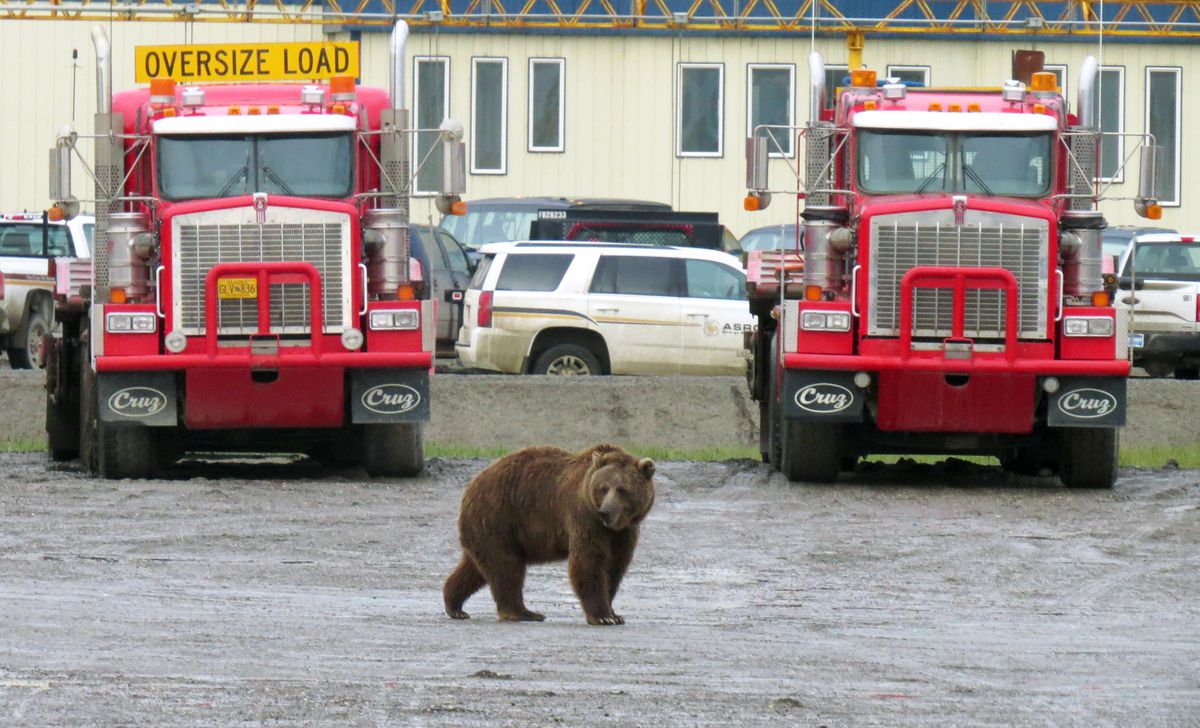 The Alaska Department of Fish and Game said it killed a 10-year-old female grizzly bear in Deadhorse on Thursday and captured its two cubs after the trio got into unsecured trash and became accustomed to eating human food.

Fish and Game blamed the bears' appetite for trash on "some" people in Deadhorse who, it said, continue to dispose of their food scraps in unsecured garbage cans, even though the North Slope Borough provides bear-proof bins.

"The only way to prevent incidents like this is for people in the Deadhorse area to stop placing food waste in unsecured bins," Dick Shideler, Fish and Game wildlife biologist, said a statement Friday. "If not, grizzly bears will continue to be attracted to the area and more lethal removals may be required."

Deadhorse is a support town for industrial activity on Alaska's North Slope, hosting a revolving door of oil companies' employees and contractors.

The 300-pound female grizzly killed Thursday had spent its life in and around Deadhorse and the Prudhoe Bay oil field, according to Fish and Game.

Doreen Parker McNeill, Fish and Game regional management coordinator in Fairbanks, said the grizzly, known as Bear 147, had started breaking into kitchens and food-storage areas just this summer. Its cubs, both under 6 months old, followed.

McNeill said security staff tried to deter the bears by firing beanbags and cracker shells from a shotgun, but they were unfazed and continued to dive into dumpsters.

She said it wasn't clear who exactly was to blame for the sloppy trash situation, and she didn't know if it was happening in one part of Deadhorse or across the town.

"It could be just a few places where people have thrown their leftover lunch into a construction waste bin instead of throwing it into a food garbage bin; we don't really know," McNeill said.

Fish and Game sent staff from Fairbanks to Deadhorse Thursday to kill the grizzly and capture its cubs.

The cubs will be sent to the Oakland Zoo in California, McNeill said.

She said Thursday was the first time a bear had been killed in Deadhorse because of public safety concerns since seven bears were killed in 2001-2002.

"We don't know exactly what has changed," McNeill said. "It might be one dumpster, one incident, or it might be Deadhorse-wide."

McNeill said Fish and Game is reaching out to those living in Deadhorse to educate them about safely securing their trash.

She said BP and Alaska Clean Seas provided Fish and Game with logistical and equipment support to remove the bear cubs from Deadhorse.