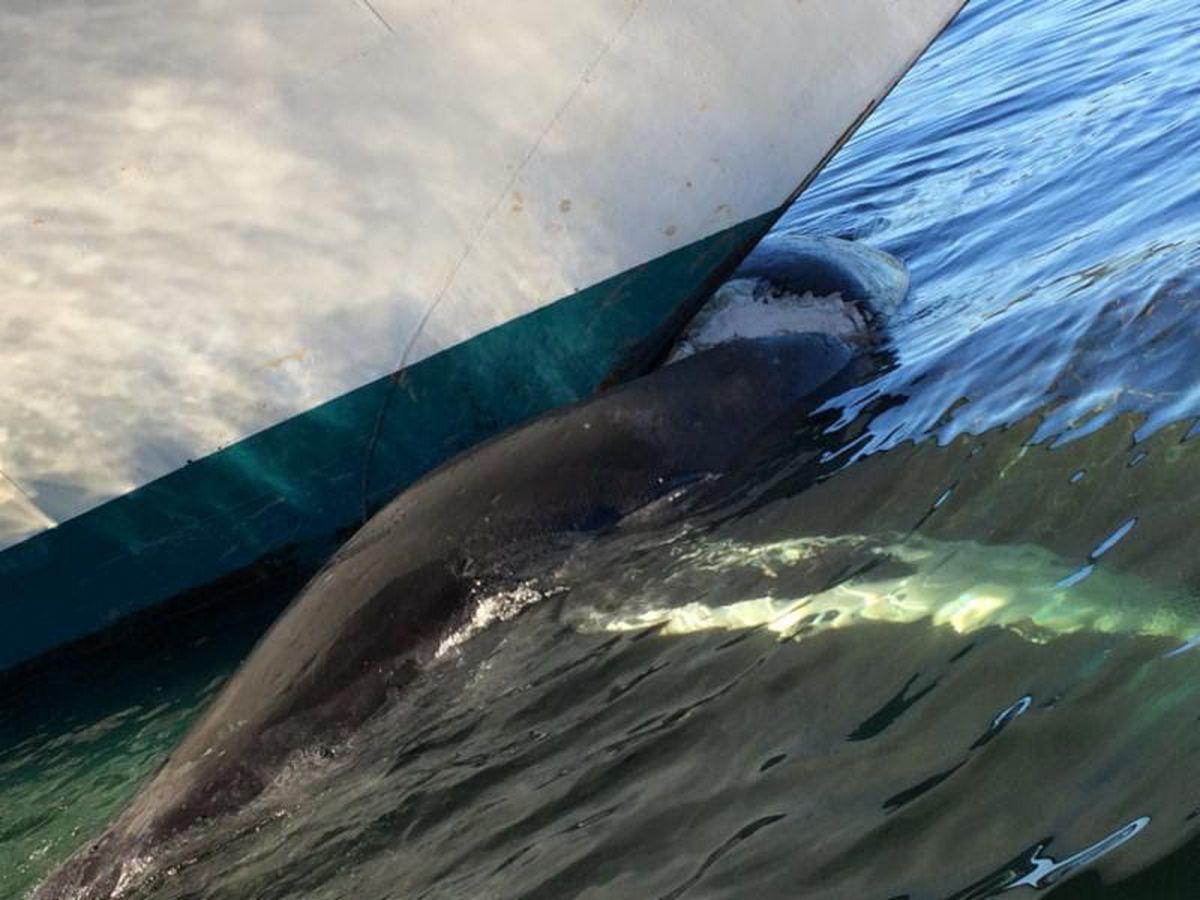 A dead humpback whale was brought into the port of Ketchikan on Wednesday, August 9, 2017. (Fred Burk, NOAA Office of Law Enforcement)

A dead humpback whale was brought into the port of Ketchikan on Wednesday, August 9, 2017. (Fred Burk, NOAA Office of Law Enforcement)

Federal authorities are investigating the death of a humpback whale, the carcass of which was discovered lodged on the bulbous bow of a cruise ship as it arrived in Ketchikan on Wednesday morning.

The National Oceanic and Atmospheric Administration's Office of Law Enforcement said in a Wednesday morning statement it was working to have the whale towed to a nearby location suitable for a necropsy.

Princess Cruises said it was "surprised and saddened" by the discovery of the humpback on the bulbous bow, the part of the bow submerged underwater, of its ship Grand Princess.

Spokesperson Brea Burkholz said it's unknown how or when the whale ended up under the front of the 950-foot cruise ship, or whether it was dead or alive when it impacted the ship.

Burkholz said the company has a comprehensive "whale avoidance program" in place to avoid such incidents from happening.

"Our ships have clear guidelines on how to operate if whales are sighted nearby, which include altering course and reducing speed as required," Burkholz said.

The ship's navigation team didn't spot any whales close by as it sailed toward Ketchikan overnight Wednesday, Burkholz said. And at no point did crew members feel an impact to the ship.

The carcass was removed from the ship by Wednesday night, Burkholz said.

NOAA did not return requests for additional details. Agency officials told Princess Cruises that the whale appeared to be a juvenile humpback.