‘The odds were against him’: Rescued beluga calf gives scientists insights into an endangered population 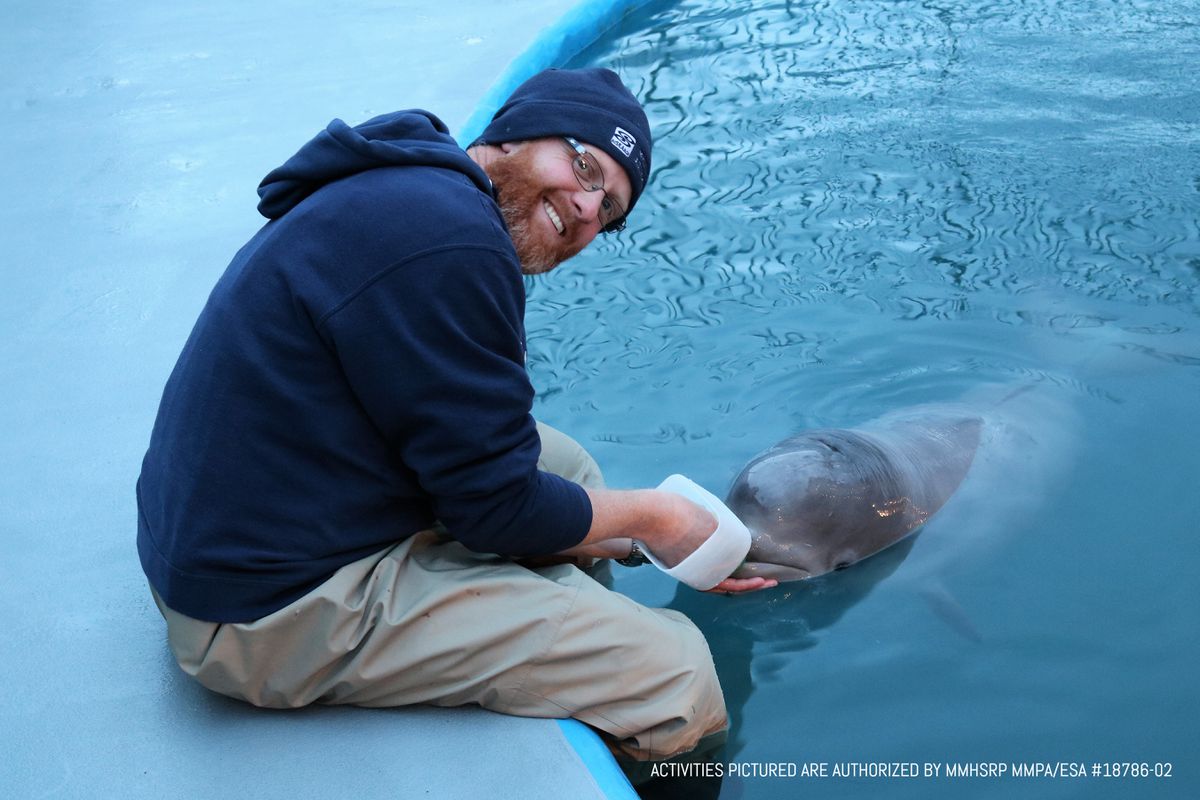 A baby beluga whale rescued from an Alaska beach in September has so far beaten the odds and survived, and is providing scientists with new insights about Cook Inlet's endangered beluga population.

Tyonek — the name given to the beluga calf, after the village near which he was found in late September — continues to put on weight, develop endurance and show signs of personality as his rehabilitation continues at the Alaska SeaLife Center in Seward, said Carrie Goertz, director of animal health.

Tyonek has moved to an outdoor pool. He has begun to play. He's diving deeper. And he can get "hangry," Goertz said — which means he gets angry when hungry.

He "has occasionally been known to throw a little bit of a temper tantrum," Goertz said.

"In some respects, it's a sign of progress, that he has enough energy to show a range of kinds of behaviors," Goertz said.

Tyonek is thought to be around 4 months old. After his rescue at Trading Bay, on the west side of Cook Inlet, teams worked around the clock to save his life. At around 1 month old, he was in critical condition, had serious pneumonia, and was on a "suite of medications early on," according to Goertz.

"The odds were against him," Goertz said.

When he was rescued, Tyonek was 64 inches long and weighed 142 pounds. The SeaLife Center's first goal was for him to gain weight, a target that had eluded them in mid-October.

But by late December, Tyonek had gained 90 pounds. He grew a few inches longer, Goertz said, and he gained 7 inches in girth.

Tyonek still has some health problems. He can get gassy and constipated. He has lingering lung and cranial issues, Goertz said. But he's now in a "maintenance range" and "things are looking positive," she said.

[The tale of a rescued Cook Inlet beluga]

It's rare, perhaps unheard of, for rescued beluga calves to survive in captivity. The last beluga brought to the SeaLife Center, in 2012, died in the weeks following its rescue. As far as Goertz knows, Tyonek has survived the longest of any rescued beluga calf anywhere.

When Tyonek arrived, teams of three to four people from aquariums across North America worked nonstop to save him. Someone was in the water with him nearly 24 hours a day at first, Goertz said.

While Tyonek still requires 24-hour care, at night he is mostly just being monitored, with just one person on staff.

Now, researchers track how much he eats. He had a CT scan, which was "probably the first CT scan of a young beluga," Goertz said.

Tyonek also had a hearing test, the first ever done on a Cook Inlet beluga. Goertz explained that there are concerns about whether Cook Inlet belugas can hear. Between the boats, barges and other human activity, and noises created by tides and moving ice, their environment is extremely noisy.

But the tests came back positive.

"His hearing is comparable to (belugas) that were tested in Bristol Bay, which says his hearing, from an individual standpoint, is in good shape," Goertz said.

Tyonek is younger than the Bristol Bay belugas that were tested, though, and generally, younger animals have better hearing. Goertz also noted that Tyonek's hearing doesn't necessarily speak for the condition of all Cook Inlet belugas.

The Cook Inlet beluga population has been listed as endangered since 2008, and critical habitat was designated in 2011. Inlet beluga numbers have been hovering for years at about 340; there were once around 1,300 in the population.

Tyonek's future isn't clear. There are two basic options: Send him to a different facility to live out his days, or release him back into the wild.

The National Oceanic and Atmospheric Administration, which manages the animal's federal permits, will make the final decision, Goertz said. Since Tyonek comes from an endangered population, his release into the wild could benefit the Cook Inlet belugas. But his young age works against arguments for his release, Goertz said.