Behind the lens: An evening with foxes in South Anchorage 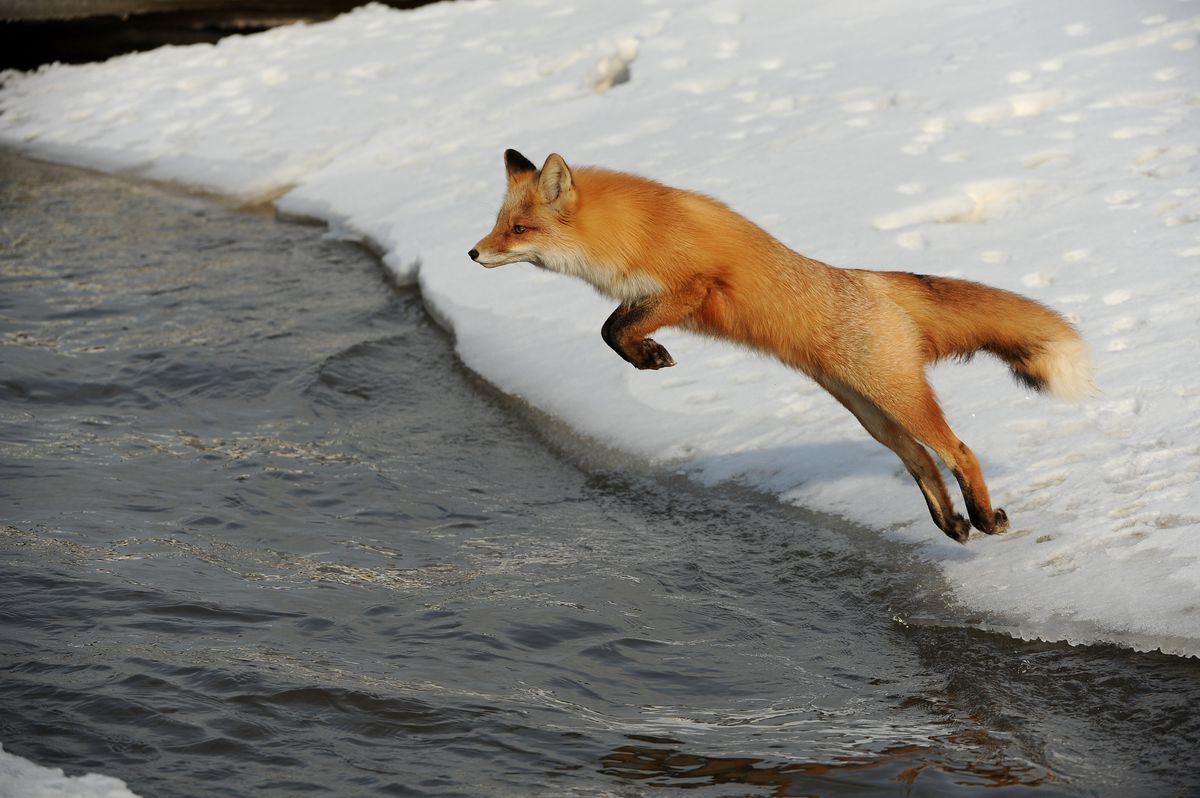 A fox leaps across a creek in South Anchorage on March 29. (Bob Hallinen / ADN)

A fox leaps across a creek in South Anchorage on March 29. (Bob Hallinen / ADN)

A friend told me about some foxes that were pretty tolerant of people in South Anchorage. One evening several days later, I decided to try to find them with vague directions as to where they hung out.

The easiest way to find them would be to look for the group of photographers gathered in the area — they are much bigger and easier to spot then the small red foxes.

For the next four or five hours, I stuck around making photos of the fox and another one that showed up for a while.

What all of the photographers waited for was when the fox jumped across the small stream, hoping that they could get it in focus and not clip off the tail.

While the foxes in this area were active during the day, they are most active at night in the green spaces of Anchorage, according to wildlife biologist David Saalfield with the Alaska Department of Fish and Game. Unlike mega fauna such as bears and moose, the department does not track fox numbers.

The fox moved along the edge of the creek, occasionally lying down in the sunshine in full view and sometimes disappearing into the woods. That precipitated the activity that takes up the vast majority of time for a wildlife photographer: standing around and waiting.

The one fox that presented the most was a female, according to some of the photographers present. She was pretty cooperative, not spending a great deal of time resting or hunting unseen.

The other two days I visited the area were not as eventful. The fox was out of sight probably 90 percent of the time.

Fish and Game's red fox fact sheet states that their diet includes small mammals, birds and bird eggs, vegetation and carrion. They breed in February and March and give birth to one to 10 pups after 51 to 54 days.

Hikers and bikers passed by on the bike trail. Some people were walking dogs, which for the most part ignored the fox, and the fox returned the favor.

This was a perfect situation for a wildlife photographer, having animals that pretty much ignore you and come close enough to photograph (with beautiful soft evening light coming from the right direction), which are active and, of course, have beautiful coats.