Why are 11 Alaska moose lined up in this aerial photo? 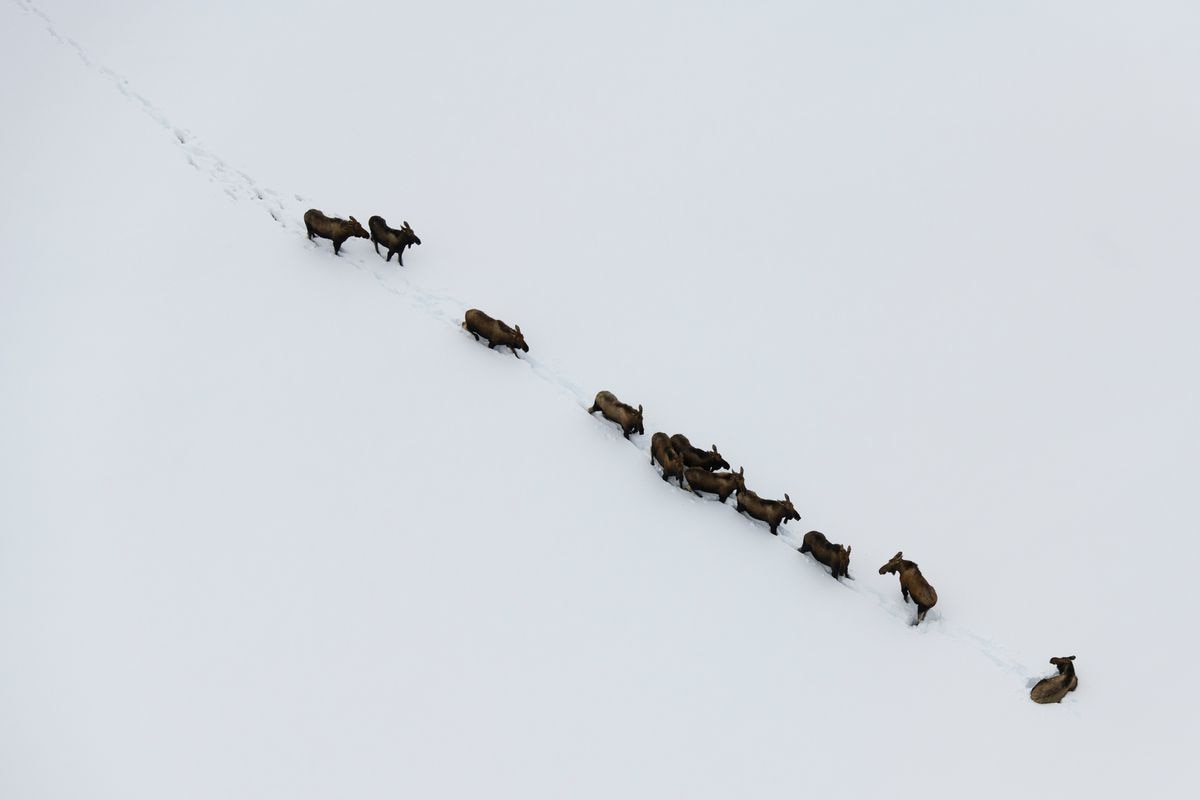 Eleven moose stand in a line on the snow and ice of the Yukon River near Eagle Island during the Iditarod Trail Sled Dog Race on March 9, 2019. (Marc Lester / ADN)

Eleven moose stand in a line on the snow and ice of the Yukon River near Eagle Island during the Iditarod Trail Sled Dog Race on March 9, 2019. (Marc Lester / ADN)

ADN visual journalist Marc Lester, who has been covering this year’s Iditarod, last week made a photo from the air of 11 moose lined up like a dog team on the frozen Yukon River.

Moose are most often seen alone or in small groups of two or three. Readers had questions.

Dave Battle, area wildlife biologist with Fish and Game, said at this time of year in deep snow, moose do travel in small herds, even though they are not usually herd animals. They are lined up because they are allowing one moose to break trail, which saves energy for the others.

In the spring, moose are “nutritionally stressed,” he said. They are looking for any way to save energy.

“Every step they take is one step closer to death,” he said. “By this time in winter, they are using a lot of their reserve.”

It’s not common to see moose in groups in Anchorage because there are plenty of plowed streets for them to walk on, he said. This time of year in the city, people will also sometimes see a moose camped out in a yard for several days. That’s another energy-saving tactic, he said.