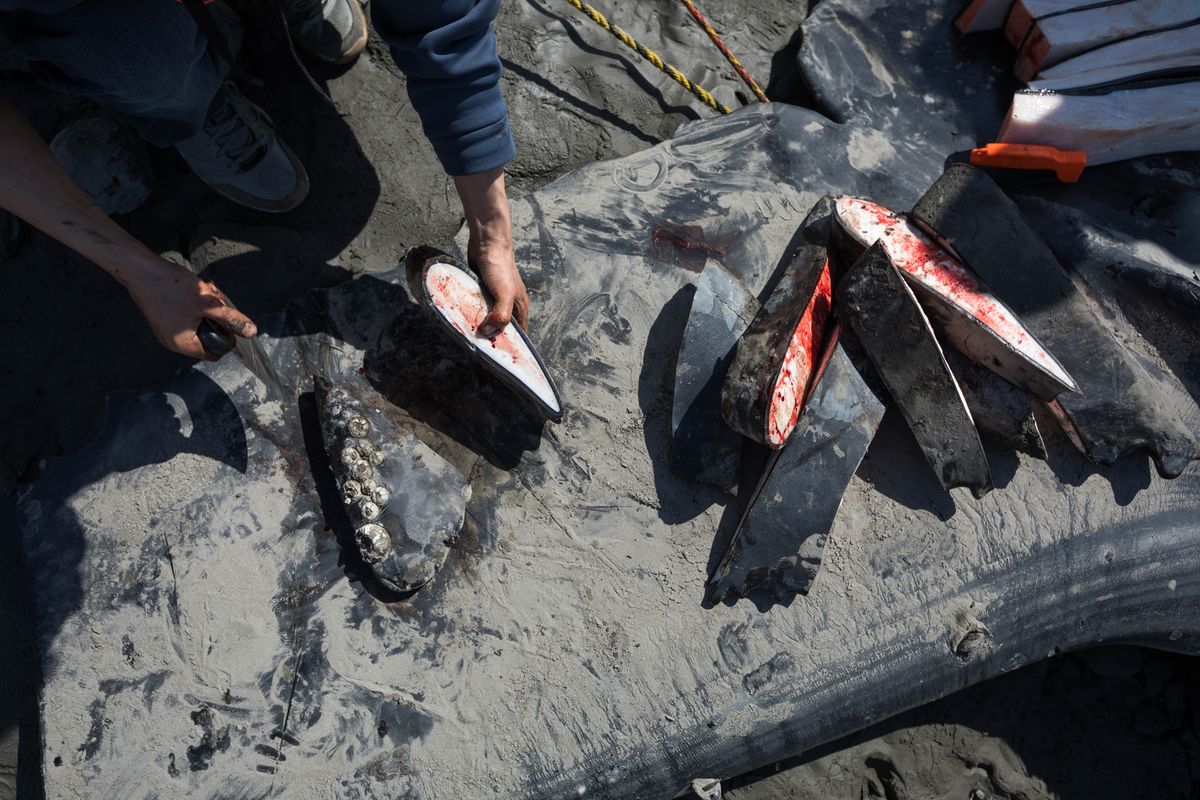 A humpback whale that was found dead on the shore of Turnagain Arm early Tuesday morning was being slowly taken apart Wednesday, soon after it was uncovered by the receding tide.

Researchers don’t know what killed the young whale, which had been spotted stranded on nearby beaches at least two times earlier in the week. The answers may lie hidden beneath a few feet of blubber, muscle and bone.

“Normally when we do a large whale necropsy, it’s easy because the whale is found belly up,” said veterinary pathologist Kathy Burek. When that happens, she can cut open the abdomen and access many of the internal organs that she needs to help her determine what happened.

This whale was found belly down.

[A humpback whale died in Turnagain Arm. Here’s what might have happened.]

Helping the researchers on Wednesday were a steady stream of Alaska Natives, who have subsistence harvest rights under the Marine Mammal Protection Act. William Tate and his girlfriend Barbara Barger were the first to show up. Tate, who is from Kotzebue, and Barger, from Noatak, were hoping for some belly muktuk, but settled for tougher pieces from the side and back.

“It’s a delicacy for us,” said Tate. "Being away from home it’s hard to get muktuk. That’s why we are here.” The couple plans on giving some of the meat to family and friends.

UAA grad student Amy Klink, who was assisting researchers with the necropsy, was impressed by the speed at which Tate and others pulled apart the huge animal.

As the tide began to rise Wednesday afternoon, covering the whale, people started to pack up their things. The necropsy, and subsistence harvest, will continue Thursday.