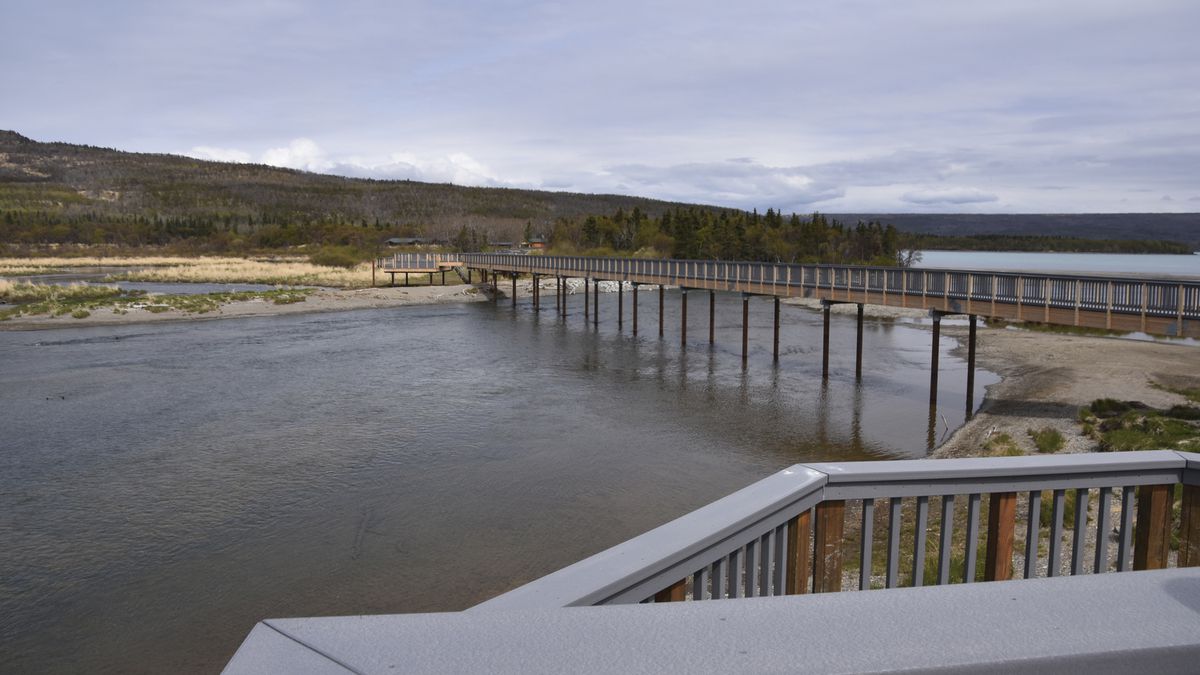 The National Park Service has completed a project to relieve an Alaska traffic jam.

A new elevated bridge and boardwalk across the Brooks River in Katmai National Park and Preserve has replaced a river-level bridge that was often closed to human tourists because it was occupied by locals - brown bears.

The replacement for the old floating bridge was more than a decade in the making.

Bears catching salmon are a huge draw for the park on the Alaska Peninsula, the arm of land extending from Alaska's southwest corner toward the Aleutian Islands. The park service estimates that 2,200 brown bears inhabit the park, a number exceeding the people who live on the peninsula. They have six to eight months to eat a year's worth of food and ensure their survival through winter, according to the agency.

A popular venue is Brooks Camp, where the park has three bear-viewing platforms. One is at a waterfall where fish concentrate before trying to leap past the barrier and hungry bears to reach natal streams to spawn.

Visitors must cross the river to reach all three platforms. The old bridge frequently closed when there was a "bear jam," said Park Service spokeswoman Karen Garthwait.

Rangers enforce a 50-yard separation between bears and people. If a bear was on the bridge or close to it in the river, rangers would close the bridge until the bear moved, Garthwait said by email.

Bears were not shooed away, Garthwait said. A Park Service mandate to preserve bears' natural feeding areas and behavior gave bears the right of way.

The new bridge is 1,200 feet long and varies in height from 8 to 10 feet, depending on topography, Garthwait said, allowing bears to pass below. The cost was $5.6 million. The bridge features bear-proof gates on both ends.

Salmon begin arriving in June. Dominant bears take over choice fishing spots. Cubs are vulnerable to be killed and eaten by big males.

The most bears typically are seen along the river in mid-July, according to the Park Service. In August, fish are not as concentrated and bears disperse. However, after salmon spawn, weaken and die, bears return in high numbers in September. Bears at that time catch dead and dying fish in the slower-moving lower river, according to the agency.

The new bridge will give visitors an additional platform on which to watch wildlife.

The Park Service plans a ribbon-cutting ceremony for the bridge on June 29.