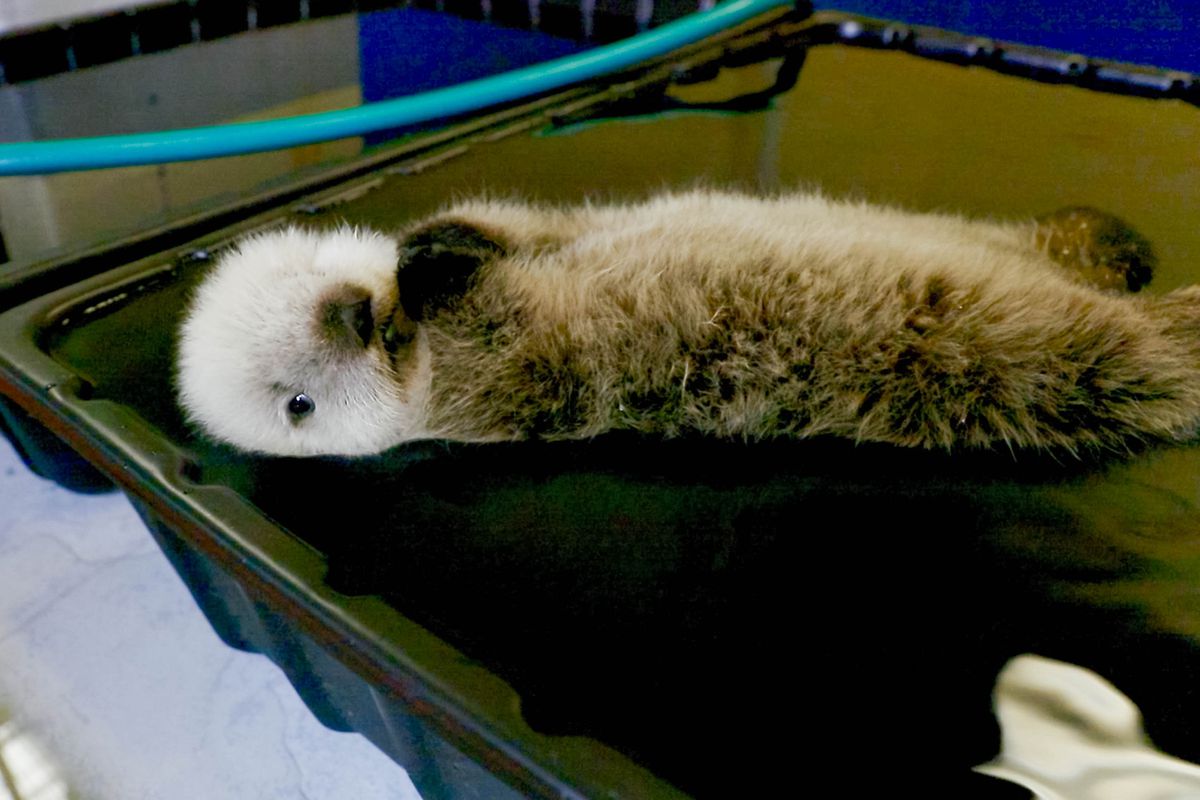 As the Swan Lake fire roared back to life last weekend, closing the highway and snarling traffic, the Alaska SeaLife Center scrambled to figure out how to transport a sea otter pup from Homer to Seward.

Last Sunday, on Aug. 18, someone had found the 2-week-old female pup stranded against rocks by a strong current and alone, said Chloe Rossman, a spokeswoman for the Alaska SeaLife Center, an aquarium and marine mammal rehabilitation center in Seward.

“Pups require care by mom for at least six months, so she wouldn’t survive,” Rossman said.

Normally, Homer volunteers would drive the pup about 75 miles to Soldotna where they’d meet up with SeaLife Center employees. The employees would then drive the pup the rest of the way to Seward, Rossman said.

But this time, a fiery obstacle stood in their way. The Swan Lake fire burned alongside the Sterling Highway, prompting a stretch of the highway to close. That meant the sea otter couldn’t be driven from Homer to Seward.

The community stepped in to help, Rossman said.

The Homer Veterinary Clinic offered to care for the sea otter pup overnight. A local pilot, Duke Marolf, offered to fly the pup to Seward the next day. A photograph shows the fuzzy pup inside the small plane, wrapped in a white towel and held on the lap of veterinary technician.

A week later, the pup has learned to feed from a bottle and is doing well at the SeaLife Center, Rossman said.

The pup joins five other sea otters at the SeaLife Center: Bishop, Dixon, Ranney, Riggs and Tazlina. The newest pup, weighing in at 5 pounds, has yet to be named.