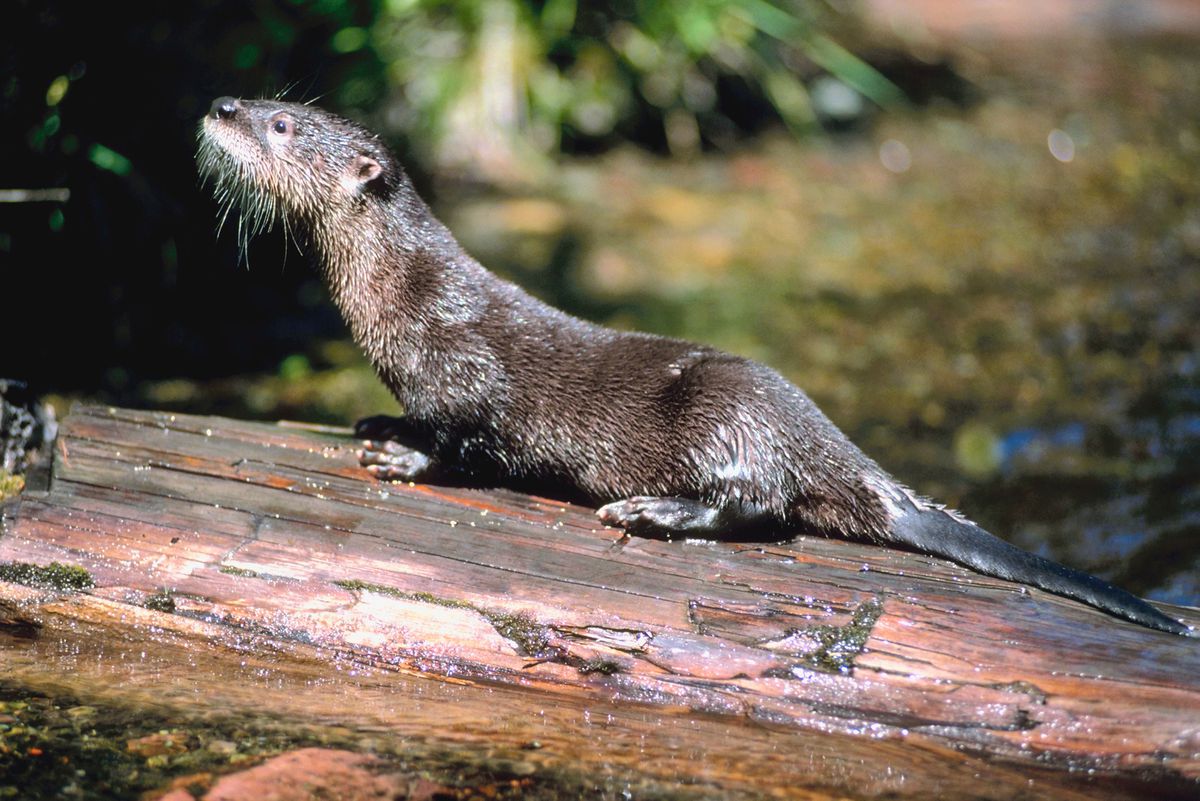 A man rescued his family’s dog from an attack by river otters in a small lake at an Anchorage park, he said.

Kenny Brewer waded waist-deep into Taku Lake and suffered a bite on his hand while pulling the dog away from the river otters that converged on the pet, Alaska Public Media reported.

The 27-year-old Anchorage dietitian and his wife, Kira, were walking the husky-mix named Ruby, which was bitten by a group of otters that dragged the dog underwater.

A veterinarian performed a "mini-surgery" to clean the dog's cuts, slice away damaged tissue and stitch a drain tube into its leg, Brewer said.

The couple walked the dog through the park south of midtown Anchorage and saw the otters swimming and climbing on a log.

"They would slither off of it into the water, and they just looked very playful and non-imposing," Brewer said.

After throwing a tennis ball into the water for the dog, the couple saw "water splashing, and thrashing."

"First it was just the one otter on her, and then it seemed like three more," Brewer said. "They started dragging her down, basically. You could tell she was getting bit, she was howling, she was kind of fighting back, but she was getting dragged under for two or three seconds at a time."

Beavers have attacked dogs at Anchorage's University Lake, but wildlife biologists said they were not aware of attacks by river otters.

The otters probably perceived the dog as a threat, biologist Dave Battle said.

“They’re cute, and they’re doing all their activities. They’re very interesting to watch,” Battle said. “But they’re still a wild animal, and they can be dangerous. So just give them their space.”