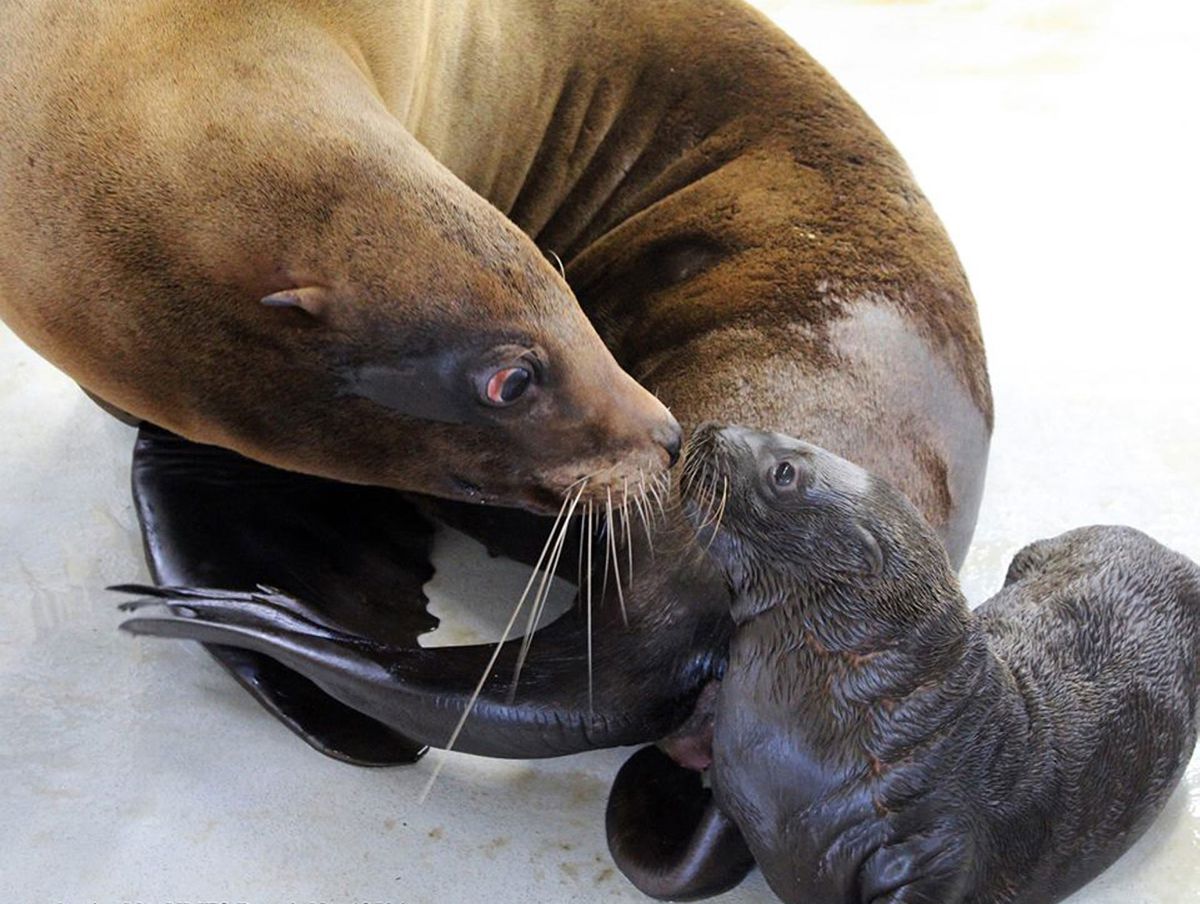 KENAI - A female Steller sea lion at the Alaska SeaLife Center is pregnant and expected to give birth within months, officials said.

The sea lion named Mara would be only the second of her species to give birth at the center in Seward, The Peninsula Clarion reported.

"Estimating a delivery date is imprecise in any species, but in Steller sea lions it is even harder since we have only tracked a few pregnancies," Carrie Goertz, director of animal health at the SeaLife Center, said in a statement.

"Nevertheless, I expect Mara to give birth earlier than all of our other births since I was able to detect the developing pup about a month before other cases," Goertz said.

Mara will not be used to breed again because she is now 17 and most Steller sea lions normally live to their early 20s in captivity, SeaLife Center husbandry director Lisa Hartman said.

The father is a 10-year-old at the center named Pilot.

The SeaLife Center, one of three aquariums in North America housing Steller sea lions, previously hosted four other births, all from a female named Eden that now resides at the Mystic Aquarium in Connecticut.

The pregnancy and birth are expected to contribute to the management of the species, Hartman said in a statement.

"We are optimistic that the birth of Mara's pup will continue to contribute to the understanding and knowledge base of this endangered species," Hartman said.

Steller sea lions have been listed under the Endangered Species Act since 1990, according to the National Oceanic and Atmospheric Administration.

Steller sea lion pups remain with their mothers for at least a year after being born, so visitors should be able to see Mara and her offspring after the center reopens to the public, Hartman said.

The center is closed because of the coronavirus pandemic, but live views of exhibits are available on the center’s YouTube page.