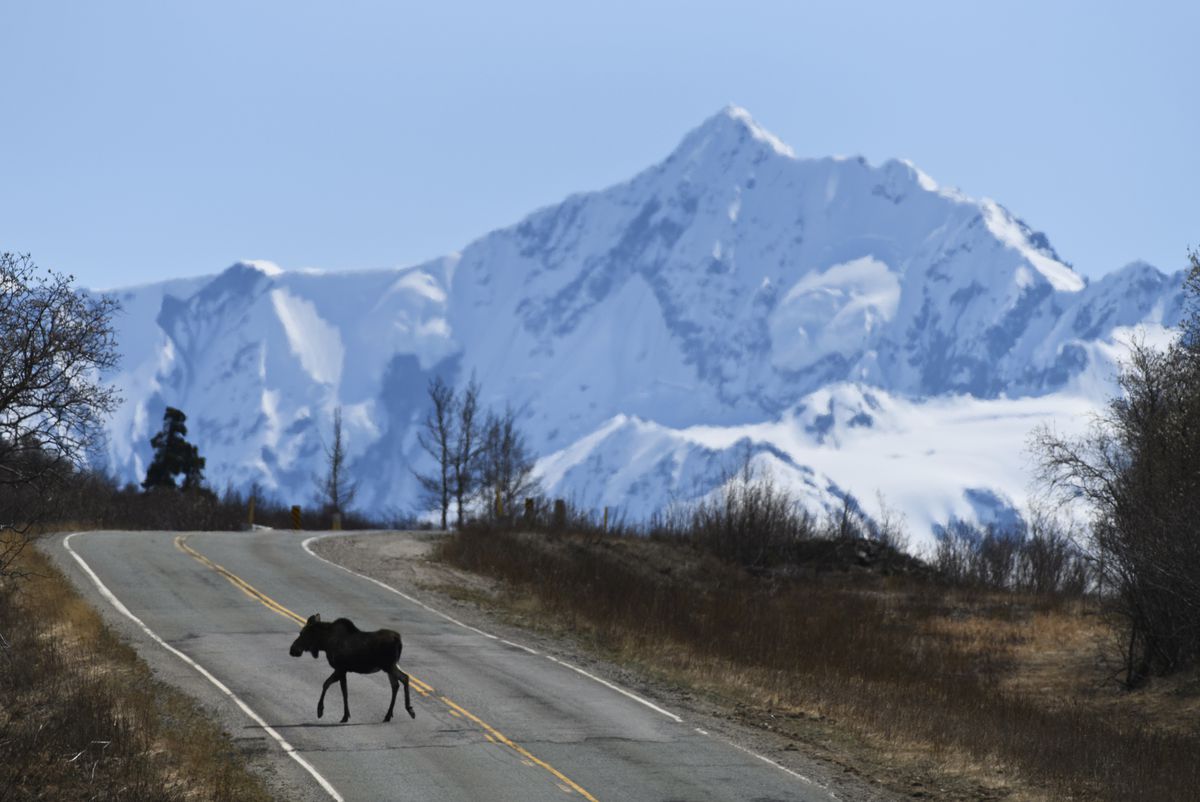 A moose crosses the Richardson Highway north of Glennallen on May 15, 2020. (Marc Lester / ADN)

A moose crosses the Richardson Highway north of Glennallen on May 15, 2020. (Marc Lester / ADN)

As Alaska moose hunters gear up for another season, the Dunleavy administration on Monday sued the federal government after it excluded urban hunters from taking moose and caribou in popular sections off the Alaska road system.

The state asserts that the Federal Subsistence Board in July unlawfully decided to allow subsistence hunting for rural residents only on federal lands in Game Management Units 13A and 13B, according to documents filed in U.S. District Court in Anchorage.

The unit, located in the Glennallen region with access to the prized Nelchina caribou herd, has long been at the heart of the battle over subsistence hunting in Alaska.

The federal decision will hurt the ability of thousands of Alaskans to fill their freezers with meat taken from an area that’s accessible from the Richardson Highway, said a statement from Gov. Mike Dunleavy on Monday.

“Management of Alaska’s fish and game resources has, and should always be, based on the best available science and sound management practices — that is what makes the decisions by the Federal Subsistence Board so problematic,” Dunleavy said.

Sue Detwiler, assistant regional director in the Interior Department’s Office of Subsistence Management, said the federal subsistence program has no comment at this time.

The state is suing Interior Secretary David Bernhardt and members of the board, such as Chad Padgett, state director of the Bureau of Land Management. The state wants the court to immediately toss the federal plan.

The federal board’s decision limits caribou and moose hunting in the sub-units to federally qualified subsistence hunters for a period of two years, according to a statement in July from the federal subsistence program. Those are rural residents with a history of customary and traditional use of the wildlife in that region.

“The Board approved a closure in Units 13A and 13B only, for the 2020-2022 seasons due to necessity for reasons of public safety and continuation of subsistence uses,” the statement from the subsistence program says.

Units 13A and 13B is the area with the most “overcrowding, disruption of hunts, and serious safety concerns,” the statement says.

The state argues the decision was not needed to protect moose and caribou, as their numbers are healthy.

Nick Jackson, a member of the tribal government in Gulkana, said the tribe has pushed for the decision for a long time.

Hunters from the cities flood the highway each fall, making it difficult for villagers to get the moose their families need, he said.

The plan went into effect on Aug. 1, said Ben Mulligan, deputy commissioner of Alaska Department of Fish and Game.

The state hunt in Game Unit 13 began on Monday for caribou, and it begins Aug. 20 for moose, he said.

Hunters are starting to head to the region, he said.

The plan won’t clear up competition among hunters, he said, since urban hunters can still pursue moose through federal lands in the sub-units. They just can’t take them on federal land under the rule, he said.

The board’s decision affects a huge chunk of federal lands off the highway, said Rod Arno, executive director of the Alaska Outdoor Council.

He said the board overreached and the state made the right decision in trying to stop it.

The greatest harm will be to urban hunters with limited financial resources, Arno said. Those hunters benefit from the easy access provided by the highway, he said.