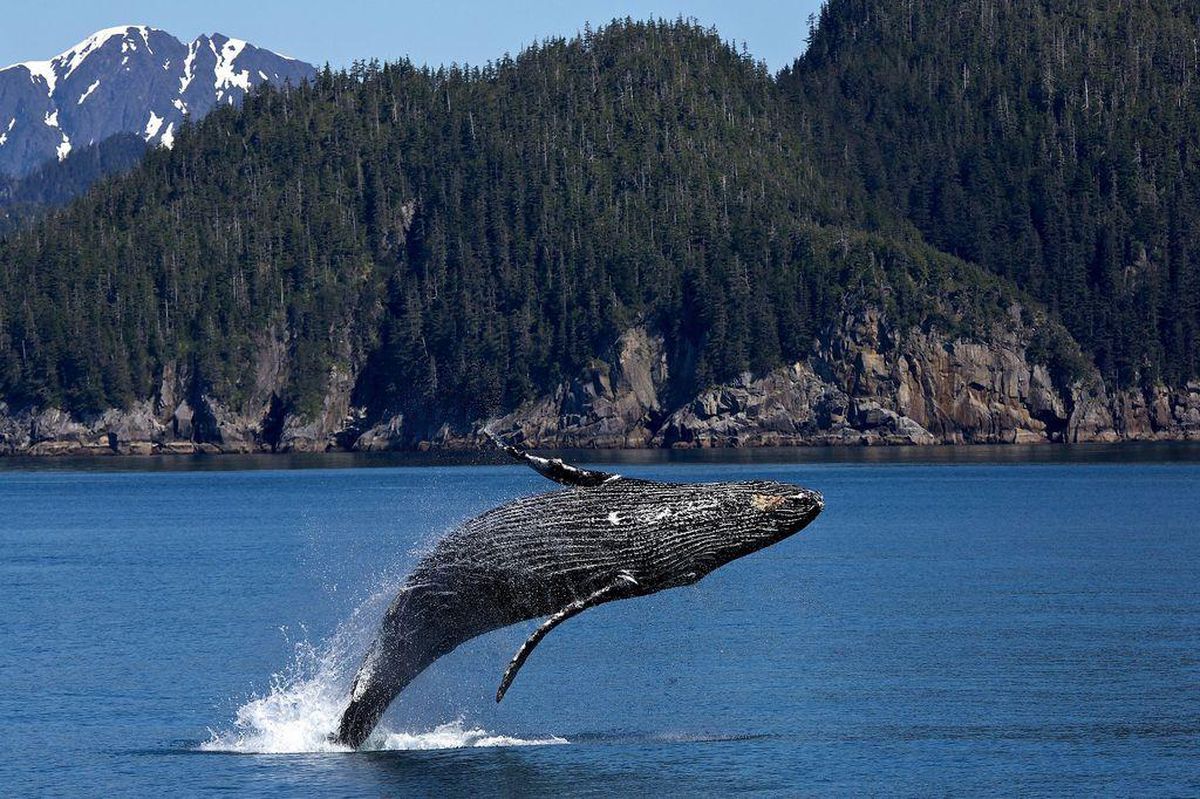 JUNEAU — Nineteen people in a Southeast Alaska town on Thanksgiving cut free a whale that got tangled in buoys and crab pots.

The humpback whale became entangled three days earlier, said rescuer Gordon Chew, a resident of Tenakee Springs. Residents were alerted to the whale’s plight after they heard its sounds of distress.

Rescuers assembled in five boats to cut the whale loose on Thanksgiving morning.

Then, they slowly placed a grappling hook under the line the whale was tangled in and cut it, said Julie Fair, a National Ocean and Atmospheric Administration spokeswoman. A crab pot was also cut free, along with most of the line itself, the Juneau Empire reported.

The whale then swam away, with some small buoys still stuck to it, Fair said.

Fair said the agency hopes the buoys separate from the whale.

“We’re hoping that gear will self-release. If people see a reddish-orange buoy with 00002, we’re hoping people will let us know,” she said.