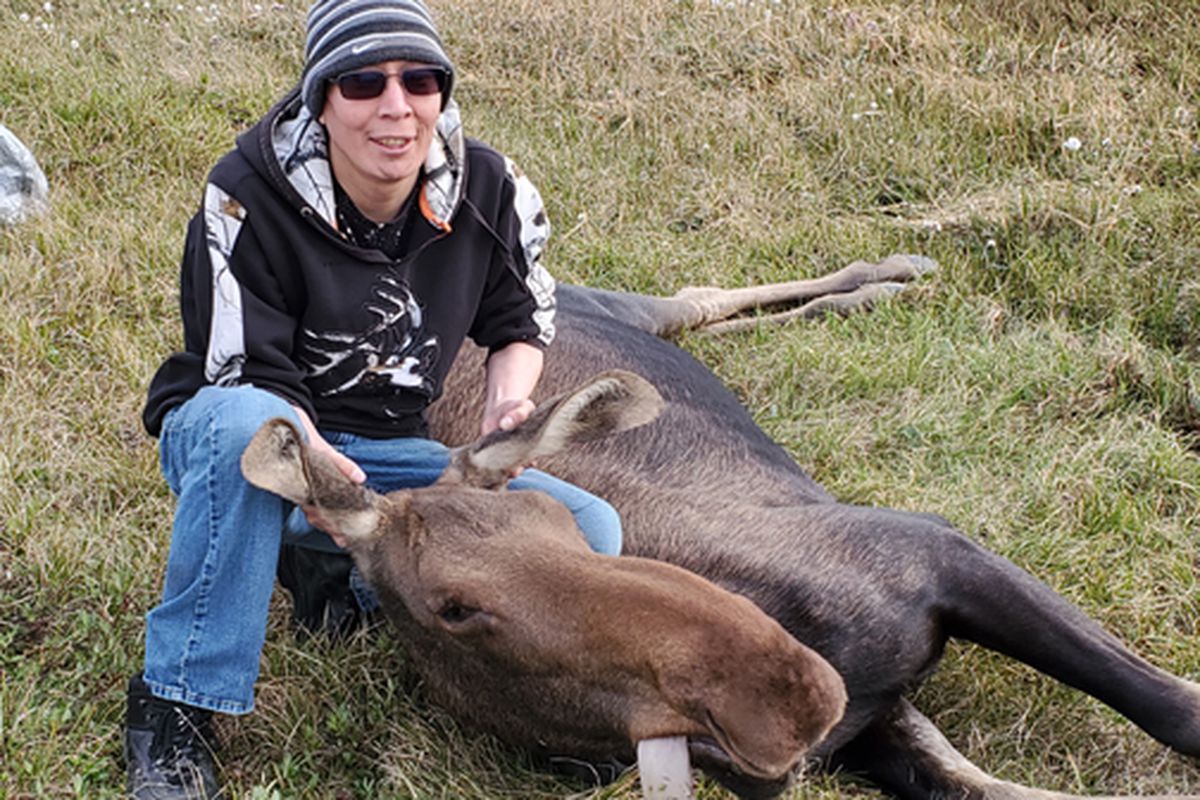 When Utqiagvik resident Lloyd Anthony Leavitt’s father called him Saturday evening, telling him he saw a moose, Leavitt thought his ears were failing him.

Leavitt quickly grabbed his gear, including his .243 rifle, and jumped on his eight-wheeler to head out to Gas Well Road. A small crowd had formed by the time he arrived, around 9 p.m., but he was the first one prepared for the hunt.

Standing in the field, about a half mile off the road, was a young female moose. Leavitt got it in one shot.

The Colville River drainage is home to the northernmost population of moose anywhere, Carroll said, and Utqiagvik is about 150 miles northwest of that.

While residents on Facebook remarked how unusual it was to see a moose so far north — Leavitt himself, born and raised in Utqiagvik, had never seen one in 34 years — Carroll said it’s happened a handful of times.

“Ninety-five to 98% of the moose in the Colville River drainage stay there, but some small percentage of them take off on walkabouts throughout the tundra and they just occasionally show up in villages,” Carroll said. “A lot of times it’s a one-way trip because these villages don’t see moose very often, and they often get harvested.”

Alaska Department of Fish and Game records show two other unusually wayward moose hunts: One in 2016 taken north of Teshekpuk Lake along the Arctic coast, and another in 2014 on the Kokolik River near Point Lay. Current North Slope area biologist Carmen Daggett said both harvest locations are pretty far from the moose habitat areas normally surveyed.

“It’s possible to see moose this far north, but I would say it’s pretty rare,” Daggett said. “General moose habitat would normally include riverine areas with larger patches of willows.”

Former Utqiagvik resident and research coordinator in Fairbanks, Lincoln Parrett, was struck by the far-east location of the moose on Gas Well Road.

“That’s weird,” he said. “When people get moose, they’re usually in the most southern villages and there is a river for those moose to walk up, but Barrow doesn’t necessarily have that path.”

Parrett said that in terms of population size, it’s likely the moose came from the Colville River, but in terms of proximity, it’s possible it walked up from the Ikpikpuk River or the Meade River, both much closer to Utqiagvik.

Carroll speculated that a “funny little bug” drives some moose to expand their species’ range. When he was part of a moose collaring project near the Colville River, he said, one or two out of about 60 moose would wander off each year.

“It’s kind of like some of us who grew up on a ranch in Wyoming and end up with a family in Alaska,” he said. “My other 60 to 70 cousins stayed put in Wyoming.”

Fish and Game reminds hunters they are required to report a moose harvest within 15 days of harvest. Leavitt and a few buddies brought the moose to the road on the eight-wheeler and harvested the animal for meat. He said he’s given away a bunch of meat to family, and plans to barter some for salmon.