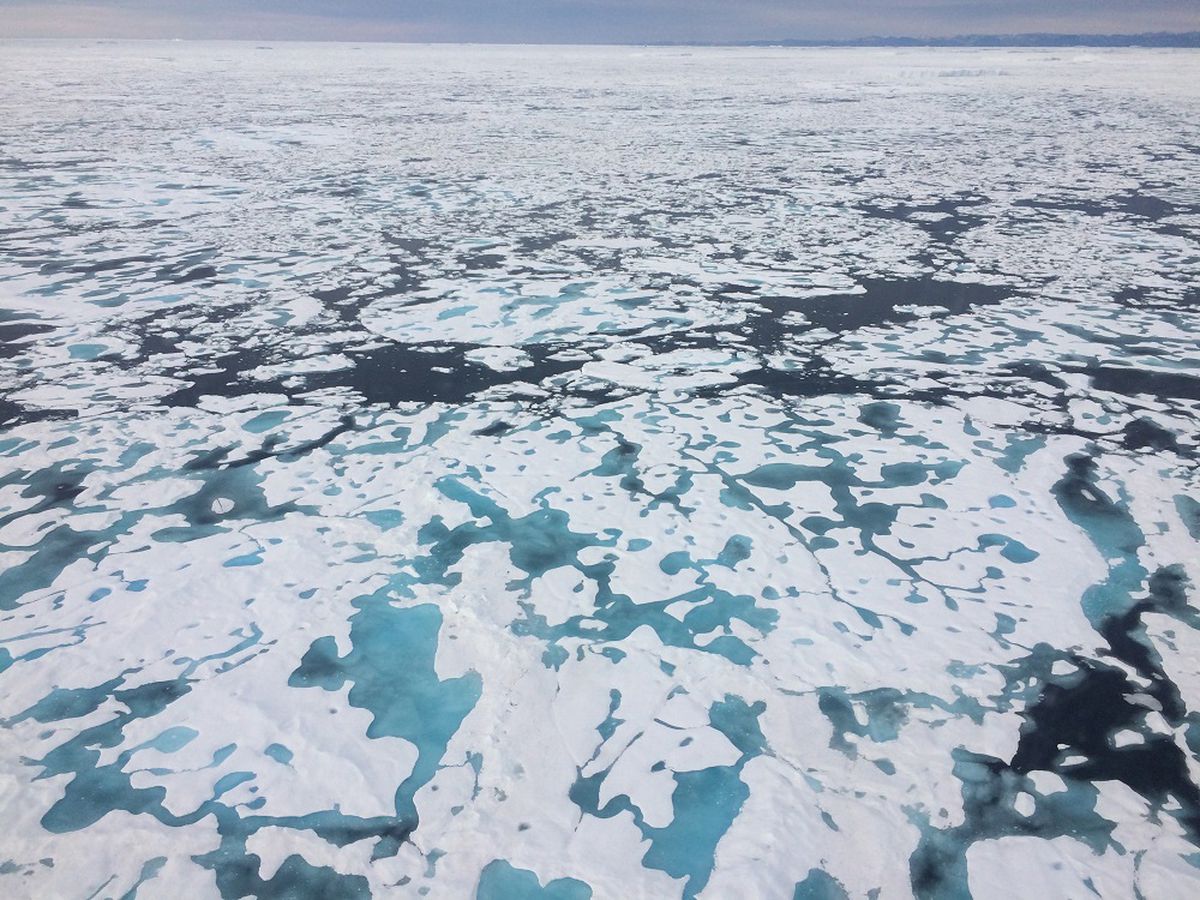 As extraordinarily warm temperatures continue in the Arctic – temperatures tens of degrees Fahrenheit above normal for this time of year in some locations – Arctic sea ice, a key indicator of the overall state of this system, seems to be responding in kind.

It is kind of unbelievable: On Nov. 19, the extent of Arctic sea ice was nearly 1 million square kilometers lower (8.633 million vs 9.504 million) than it was on that date during the prior record low year of 2012, according to data from the National Snow and Ice Data Center.

This is happening in a time of year when ice is supposed to be spreading across the polar ocean — yet instead, it is flat or even declining a little lately.

"I think that it's fair to say that the very slow ice growth is a response to the extreme warmth (still ongoing as of today)," said Mark Serreze, director of the National Snow and Ice Data Center in Boulder, Colorado, by email on Sunday. "Over the past few days, extent has actually decreased in the Arctic, and while I don't think that such a short term decline is unprecedented for this time of year, it is highly unusual, for November is a month when we normally see a quite rapid ice growth."

It may be time for a refresher on why this matters and why it is so consistent with climate change research going back many decades. The fear is that there is something called a "feedback" in the Arctic climate system.

As the climate warms, there should be less sea ice covering the Arctic ocean – and indeed, we've seen great declines. But as sea ice falls, the darker ocean should also absorb more energy from sunlight in the summer, energy that the lighter colored ice would have reflected away. This heat, contained in the ocean, would also prevent sea ice formation.

Recent trends in the Arctic seem heavily consistent with this idea.

And as if the Arctic data isn't enough, at the very same time, ice around Antarctica is also pushing surprising new lows.

Antarctic sea ice extent on Nov. 19 also represented a record low for this time of year, based on the center's data. The dataset in question goes back to the year 1979.

"Why Antarctic extent is also very low right now is something we are still puzzling over," said Serreze. "However, there's really no connection between the extreme mutual anomalies in the two hemispheres that we are aware of. We have to wait and see what happens. Having said this, things are getting weird in the polar regions."

The Antarctic decline is particularly bewildering because just a few years ago, the debate was instead over why floating Antarctic sea ice was pushing record highs, not record lows – and why this was happening even as the continent's glaciers were losing considerable mass. Despite a major lack of clarity about what this phenomena meant, many climate change doubters seized on the Antarctic sea ice behavior as a key reason for pushing their contrary message. Now, that argument seems to be vanishing for them.

While scientists are still trying to understand all aspects of the Antarctic sea ice system, one intriguing study published earlier this year linked a recent sea ice expansion in the region to behavior in the tropical Pacific ocean. It focused specifically on a cycle in the climate system called the Interdecadal Pacific Oscillation or IPO, that was also connected to a global warming "pause" or slowdown in the mid-2000s. However, that tropical Pacific pattern has since shifted – which may be contributing to sea ice losses around the Antarctic.

Gerald Meehl, the lead author of that study and a climate scientist at the National Center for Atmospheric Research, told me in an email in late October that a pattern of lower Antarctic sea ice is "what you'd expect in an El Nino, as well as transition to positive IPO, so trend for next 5-10 years should be negative, with year-to-year variations." That comment came at a time when the Antarctic ice was low, but not yet at record low levels, as it is now.

We don't know all the causes of what's currently happening in either the Arctic or Antarctic. It's certainly possible that the lows we're seeing now are an extreme, perhaps tied to the aftermath of the powerful 2015-2016 El Nino, and conditions will soon push more back towards the range of what's normal as that event continues to fade. It's important to remember that the data presented above are a snapshot in time, and that can't substitute for a scientific analysis of trends.

But as we steer the planet into the unknown, the default position should probably be to expect surprises – surprises not unlike those that we're seeing today.