Change in the Arctic this year was unlike any ever seen, scientists say 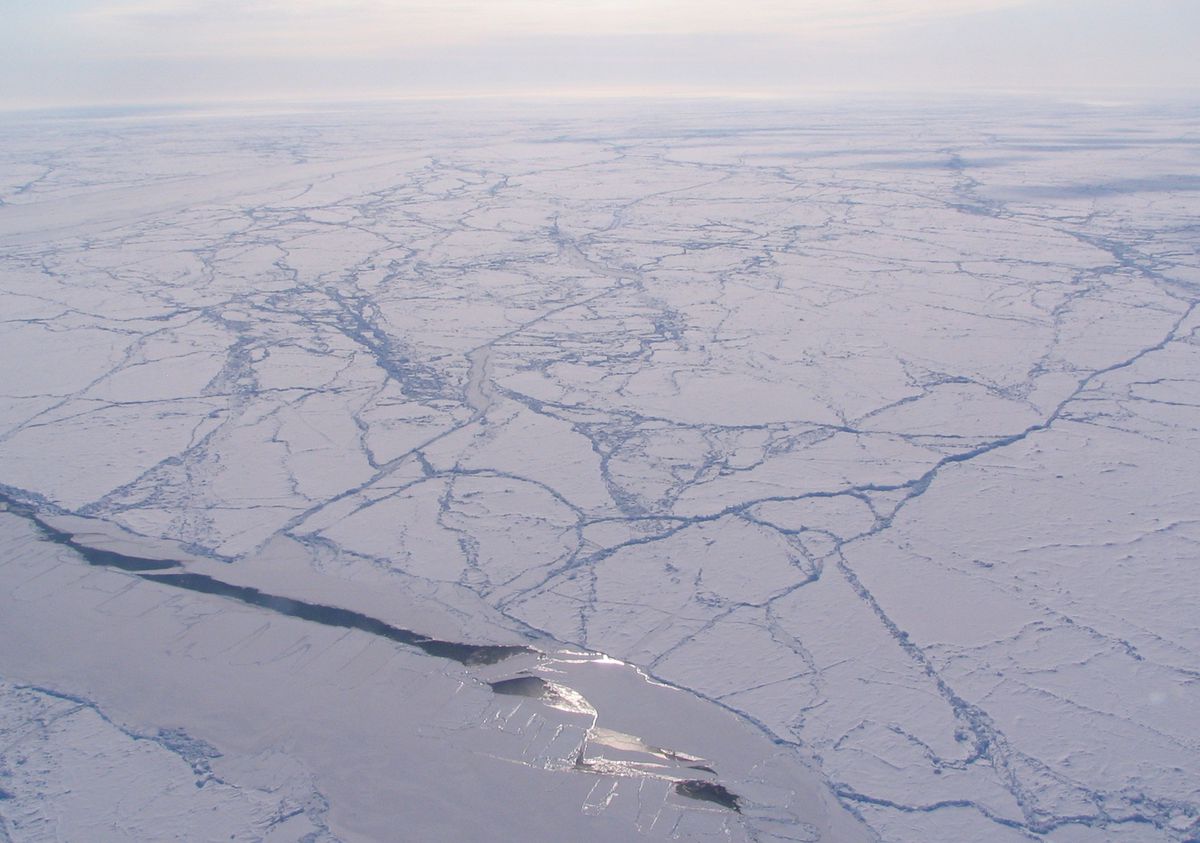 The meltdown at the top of the world proceeded at an unprecedented clip over the past year, a sweeping scientific report said Tuesday.

The annual Arctic Report Card, presented by the National Oceanic and Atmospheric Administration at the American Geophysical Union conference in San Francisco, documented rapid changes in the region in 2016, including several records.

Air and sea-surface temperatures are higher, sea ice is sparser and more fragile and ocean waters are absorbing more carbon, changing their chemistry to more acidic levels, while warming tundra is now expelling more carbon that it is drawing in from the atmosphere.

"We've seen a year in 2016 in the Arctic like we've never seen before," Jeremy Mathis, director of NOAA's Arctic research program and one of the editors of the document, said at a news conference. "The report card this year clearly shows a stronger and more pronounced signal of persistent warming than in any previous year in our observational record."

The Arctic Report Card is an annual, peer-reviewed summary that has been issued by NOAA since 2006. This year's report gathers information from 61 scientists across 11 nations.

Several new records or near-records were posted in 2016, and the overall trend is feeding into a cycle that is speeding warming in a region already heating up at twice the global pace, the report said.

Month after month, average sea-ice extent hit new lows, the report said. The minimum extent reached in September tied for the second-lowest extent on the satellite record, and freeze-up after that was slow — with record-low fall levels persisting from mid-October to late November. Thick multiyear ice made up only 22 percent of the pack this year, compared to 45 percent of the 1985 ice cover.

The average air temperature over land in 2016 was the highest on record and 6.3 degrees warmer than in 1900. August sea-surface temperatures in the Chukchi and Barents seas and off the east and west coasts of Greenland soared to levels 9 degrees above the 1982-2010 average for those regions.

Spring snow cover in the North American Arctic hit a record low, and in May dropped below 1.5 million square miles for the first time since satellite observations began five decades ago.

Those and other changes are perpetuating a feedback cycle that is speeding up warming in a region that is already heating up at twice the global pace, the report said.

The feedback goes beyond the Arctic, the report authors said at the news conference.

As the Arctic warms and the temperature difference between it and the rest of the world diminishes, the jet stream winds that blow from west to east are slowed and become wavy and meandering, said Jennifer Francis of Rutgers University. That has likely skewed southern weather this year, she said.

"Seeing an Arctic that's so much warmer than it should be all this fall by such huge margins, I can't imagine that there isn't going to be an impact on the weather that we've seen this fall," she said.

And wavy jet streams that pull more warm southern air and moisture into the north could be perpetuating the cycle, Francis said. "We may be seeing this new feedback emerging between the warming Arctic and what's happening with the jet stream," she said.

What does this year's Arctic Report Card say about the future? Co-author Donald Perovich of Dartmouth College said he is bracing for another big shift into a new Arctic ecological regime.

A previous big shift happened in 2007, when summer sea ice hit what was then a record low and a "new normal" was established, Perovich said at the news conference. It's never returned to 2006 levels, he said. "It's as though we were in one state, slowly declining, and then there was this sharp drop," he said.

For Mathis, the striking development of the past year was the big warmup in the fall. Past stories, he said, have focused on the summer — sea-ice minimums, summer temperatures and summer snow cover.

"Now we're seeing the persistent warming carrying over into the winter months," he said.

"If the persistent warming that we've seen this fall carries over for the next few years … we may be at another step in a regime shift in the Arctic that will lead to a new era of change even compared to what we're seeing now."

This year's Arctic Report Card comes amid new threats to climate science.
The incoming U.S. president, Donald Trump, has declared his opinion that climate change is a hoax, and has selected Cabinet members of similar mind.

[Trump says 'nobody really knows' if climate change is real]

Despite that political environment, Mathis said he and his colleagues plan to continue the report card and the science that goes into it, including observations from NASA, an agency where at least one Trump adviser wants to halt climate-change research.

"We hope going into the future that our scientists and researchers still have the opportunity to contribute and make possible the summary that we're able to present. So we have every intention of continuing to publish the Arctic Report Card as we have in the past and pulling together the resources and the right people that allow us to do that," he said.