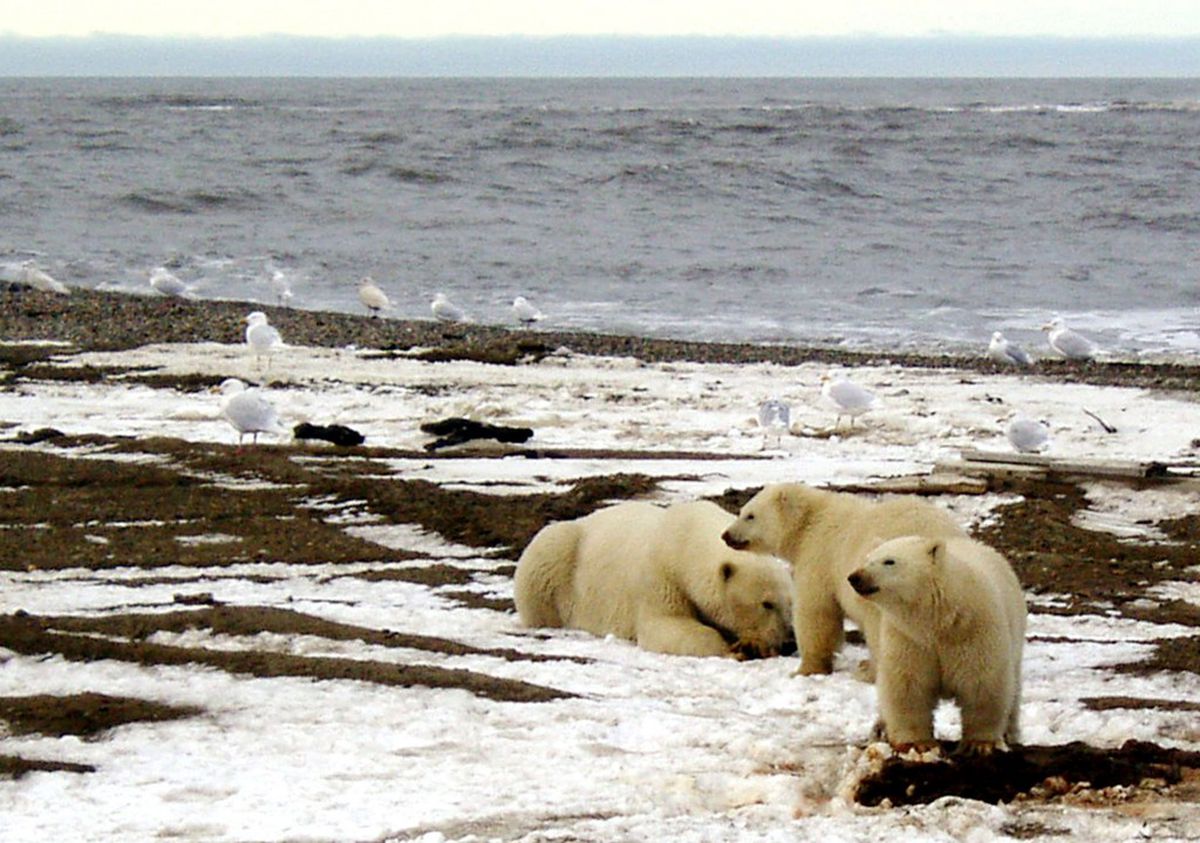 Rising temperatures that melt sea ice in the Arctic will probably reduce the polar bear population by a third over the next few decades, and the same warming trend is likely to worsen the decline of wild reindeer, scientists said on Monday.

The new findings by university and government researchers were presented as part of a panel discussion about climate impacts on wildlife during a meeting of the American Geophysical Union in San Francisco. The presentation was streamed live on the internet.

The polar bear research is drawn from new satellite data documenting a loss of Arctic sea ice – the animal's chief habitat – from 1979 to 2015, and forming the basis of projections in further declines of both ice and bears over the coming decades.

Polar bears currently number about 26,000, but their population is expected to diminish by some 8,600 animals over the next 35 to 40 years, the scientists said. At the time polar bears were declared a threatened species in 2008, one study predicted they could vanish from two-thirds of their native range by mid-century.

The latest data better quantifies such an outcome.

"There is the potential for a large reduction in the global population of polar bears over the next three generations if the sea ice loss continues at the rate we've seen it," said Kristin Laidre, a marine mammal ecologist at the University of Washington's Polar Science Center.

Polar bears, standing as tall as 11 feet and weighing up to 1,400 pounds, use floating sea ice as platforms for everything from mating and rearing their young to hunting their preferred prey of ringed seals.

The study was led by the U.S. Fish and Wildlife Service's Eric Regehr, who told Reuters habitat loss was unequivocal but that effects have varied among the world's 19 subpopulations of polar bears, whose range lies mainly within the Arctic Circle.

He pointed to a region north of Alaska where the number has dropped sharply amid significant sea ice losses. Another population west of Alaska appears to have experienced less impact, but that area may sustain larger, healthier populations of seals and other polar bear prey, Regehr said.

A warmer climate also is thought to be a primary culprit in the rapid decline of wild reindeer and their close cousins, caribou, Andrey Petrov, head of the Arctic Center at the University of Northern Iowa, said at Monday's symposium.

Petrov's study of wild reindeer in Taimyr in northern Russia shows that herd's population has fallen to about 600,000 animals, from 1 million in 2000.

The Taimyr population, accounting for about 24 percent of all wild reindeer, is challenged by such factors as loss of young because of migration patterns hampered by a warming climate.