Cold tolerance among Inuit may come from extinct human relatives 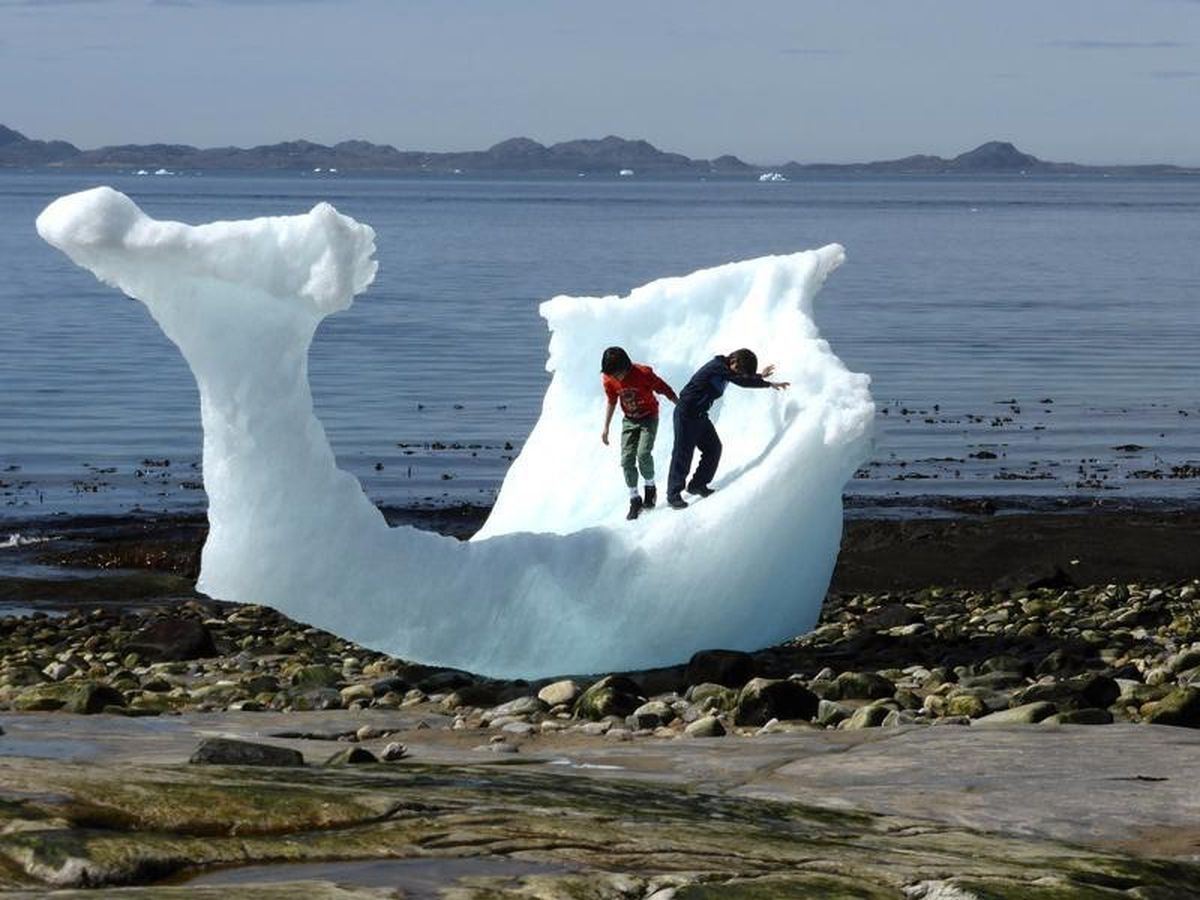 Inuit who live in Greenland experience average temperatures below freezing for at least half of the year. For those who live in the north, subzero temperatures are normal during the coldest months.

Given these frigid conditions, anthropologists have wondered for decades whether the Inuit in Greenland and other parts of the Arctic have unique biological adaptations that help them tolerate the extreme cold.

A new study, published Wednesday in Molecular Biology and Evolution, identifies gene variants in Inuit who live in Greenland that may help them adapt to the cold by promoting heat-generating body fat. These variants possibly originated in the Denisovans, a group of archaic humans who, along with Neanderthals, diverged from modern humans about half a million years ago.

"As modern humans spread around the world, they interbred with Denisovans and Neanderthals, who had already been living in these different environments for hundreds of thousands of years," said Rasmus Nielsen, a professor of integrative biology at the University of California, Berkeley, and an author of the paper. "This gene exchange may have helped some modern humans adapt to and conquer new environments."

The new study follows earlier research by Nielsen and colleagues, which found genetic mutations that might help the Inuit metabolize unsaturated fatty acids common in their diet of whales, seals and fish.

In this study, Nielsen's team focused on another distinct region in the Inuit genome, which seems to affect body fat distribution and other aspects of development. The researchers compared the genomes of nearly 200 Inuit with genomes of Neanderthals, Denisovans and modern populations around the world.

Strikingly, all of the Inuit studied contained the same genetic variants in this particular region of their genomes. Compared to the same region in Neanderthals and other modern populations, the Inuit region showed at most a partial match. But compared to the Denisovan genome, it "was almost a complete match," Nielsen said.

The region in question contains genes that may play a role in dictating levels of brown fat, a type that is abundant in newborns and generates heat by burning calories. Researchers have studied brown fat for years as a possible target for obesity treatments.

In Inuit, the gene variants might promote more brown fat as a special adaptation to the cold, Nielsen said, although more study of this mechanism is needed.

Overall, the fact that the variants are present in close to 100 percent of Greenlandic Inuit could imply that they carry some type of evolutionary advantage.

"We do see these variants in other populations, like in South America and East Asia, but nowhere do we see the same frequency that we see in Greenland," Nielsen said. "That suggests that natural selection occurred there."

It's important to note that these variants may have played an entirely different role in Denisovans than they do in Inuit, said Iain Mathieson, a postdoctoral researcher at Harvard Medical School who studies human evolution and was not part of this study.

"It may have just been a normal part of their physiology because they had a different body shape," he said.

Studies comparing modern humans with Denisovans are difficult, Mathieson added, because scientists have sequenced only one Denisovan genome. Researchers estimate that modern humans and Denisovans interbred around 40,000 to 50,000 years ago, but where those interactions occurred remains a mystery.

Traces of Denisovan ancestry pop up all over — populations that have the most Denisovan ancestry today live in Australia and Papua New Guinea, but the genetic variants Nielsen's team studied were mostly present in Greenland, South America and East Asia. Two years ago, Nielsen and other researchers identified another Denisovan gene, in Tibetans, that helps them use oxygen efficiently at high altitudes.

These studies are part of an emerging body of research that examines how DNA from archaic humans affects different populations today, said Sriram Sankararaman, an assistant professor of genetics at the University of California, Los Angeles, who did not participate in this research.