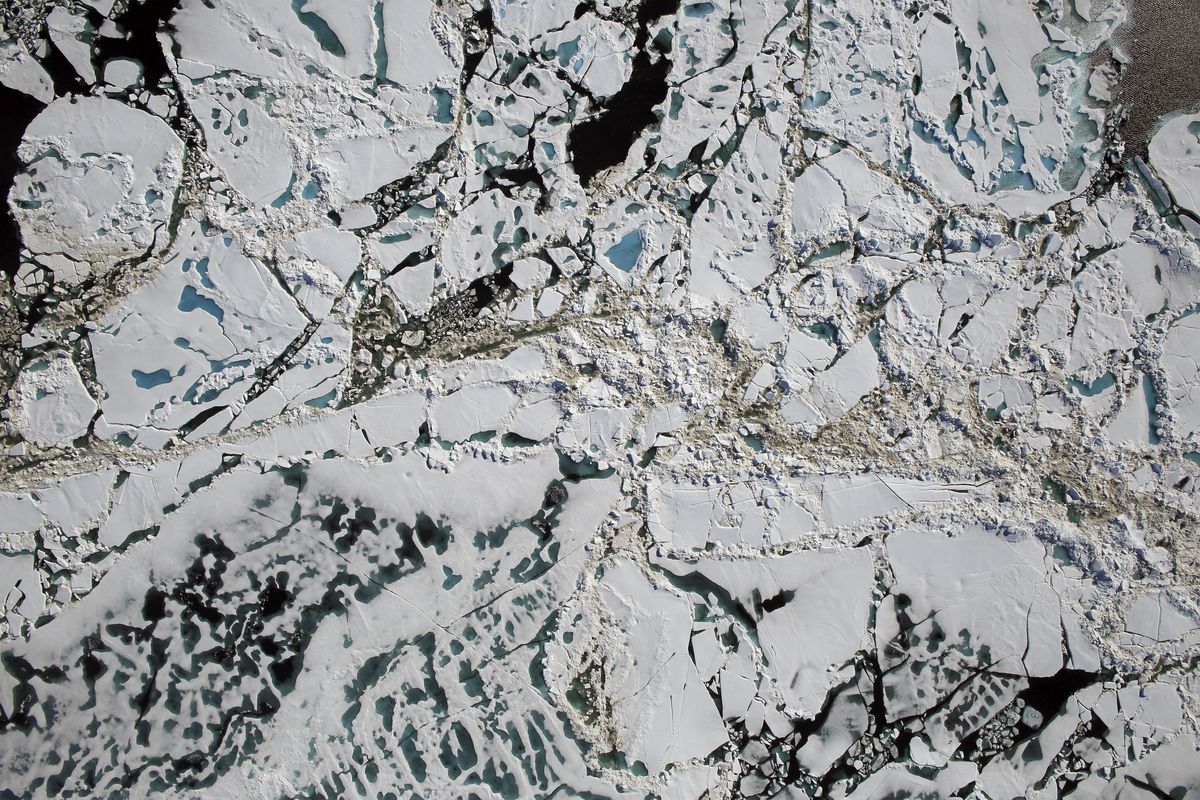 A handout aerial photo from NASA of sea ice, melt ponds and areas of open water in the Chukchi Sea of the Arctic Ocean, July 16, 2016. (NASA via The New York Times)

A handout aerial photo from NASA of sea ice, melt ponds and areas of open water in the Chukchi Sea of the Arctic Ocean, July 16, 2016. (NASA via The New York Times)

Stormy, cloudy, cool late-summer weather over the central Arctic Ocean helped preserve sea ice, slowing its melting enough to rank this year's annual ice minimum as only the eighth lowest in the satellite record, far from the worst it's been.

The turn in the weather put the skids on what, six months ago, looked like the setup for a new record low this year. In March, when the freeze season ended, the annual maximum extent of ice was the lowest on a satellite record going back to 1979. And in the months following, sea ice extents were tracking at or near record-low levels, according to the NSIDC.

Back then, "There was good reason to think, well, we could be headed for a record low next September," said Mark Serreze, director of the Colorado-based snow and ice center. Instead, a stormy and cool pattern set in, he said.

Because they are high overhead, satellites provide a consistent observation platform of Arctic sea ice.

The 11th lowest measured annual minimum sea ice extents have all been in the past 11 years. Despite the slow melt this year, Serreze said the current year's ice extent is still relatively low.

"This is no long-term recovery," he said.

Regionally, the melt was accentuated in the Chukchi and Beaufort seas off Alaska. That is expected to lead to much warmer air temperatures than normal off the North Slope, Serreze said.