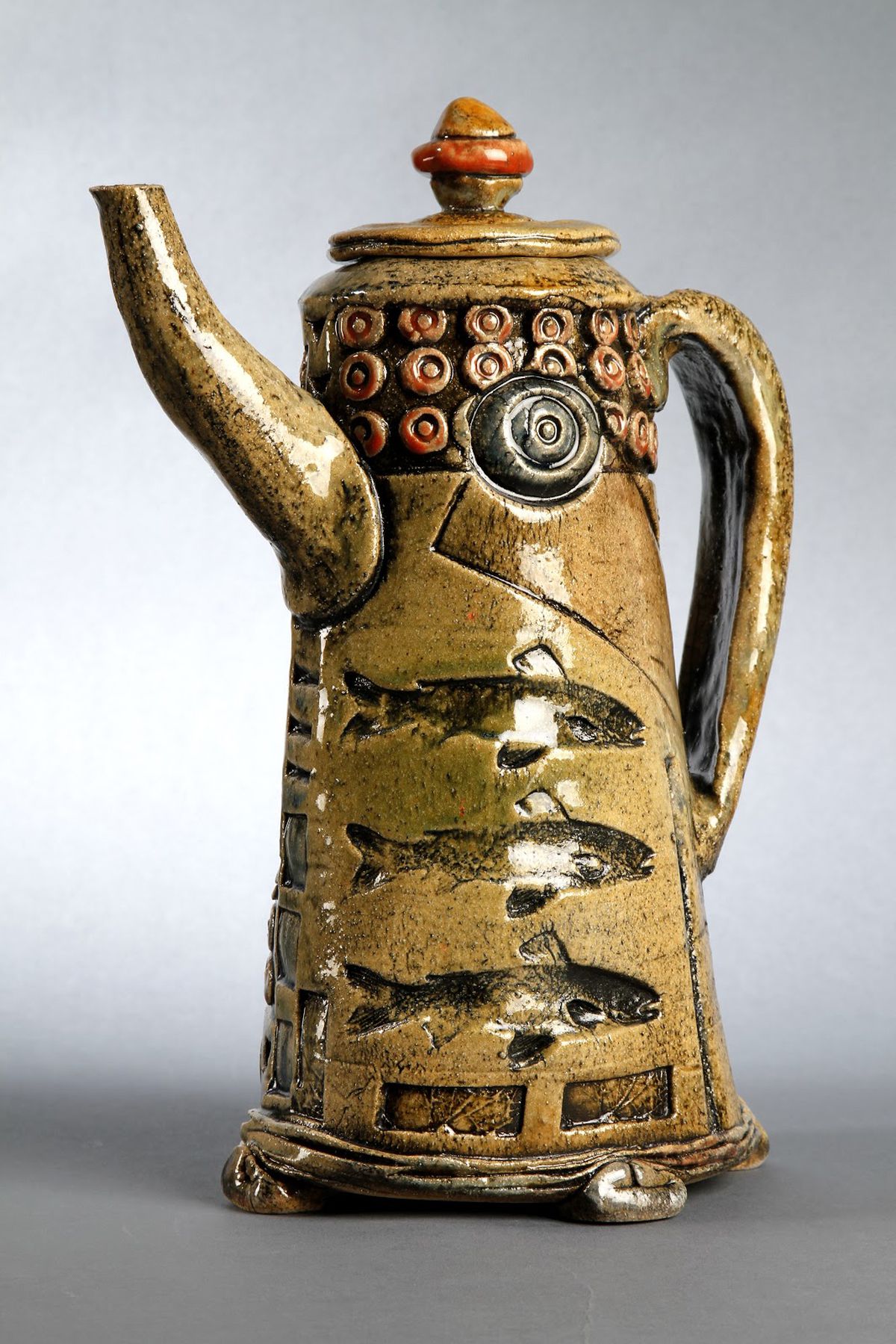 A ceramic pot by Becky Grunder. (Photo from Beckygrunder.com)

A ceramic pot by Becky Grunder. (Photo from Beckygrunder.com)

At the Oct. 7 round of First Friday art opening we checked out Thomas Chung's work at Becky Gallery. Chung's work, which often makes a satirical reference to cultural stereotypes, was familiar from his work at UAA, the Anchorage Museum and as a Rasmuson fellow. But the venue, which seemed more like a studio than a gallery, surprised me.

In fact most of the unit in the mall at 36th Avenue and Arctic Boulevard is workspace, plainly seen from the smaller display area at the front. The owner, ceramic and encaustic artist Becky Grunder, explained online: "My space is a little unusual in the manner it is run. The (displaying) artist gets more of the profit by doing more of the work which includes working with the media, hanging their own work and because the door is not open for specific hours. That is why I call it an exhibition space."

The gallery is open when someone is working in the studio and by appointment. But it will usually be open for First Friday events as new work goes on exhibit. This month the work is by Jerelyn Miyashiro, best known for her gyotaku fish prints. The Japanese technique involves wiping a real fish dry, inking it, covering it with paper and using one's hands to transfer the image. The result is life-size and remarkably detailed graphics. Miyashiro said she'd always admired the beauty of fish she's caught and put up and, beginning in 2007, "began printing our catch."

Miyashiro told the Dispatch News, "Becky and I were friends a lifetime ago when we were waitresses at the Chena View Hotel in Fairbanks." She initially got the space as a workshop, "but the large glass front wall suggested more. She has been an active artist in Anchorage for quite a while and I think with all her connections to people and artists in town, having an exhibition/show space seemed like a natural next step."

Aside from the customary First Friday opening, Miyashiro will have a "Second Friday" showing at 5 p.m. on Nov. 11. It will include a fish printing demonstration at 6 p.m.

In addition to visual art, Becky Gallery will also host the next meeting of the Poetry Parley at 7 p.m. Wednesday, Nov. 16. Local writer Jeremy Pataky will be the featured poet and the "marquee" poet will be Pulitzer Prize-winner and former U.S. Poet Laureate W.S. Merwin.

Following last week's article about Bob Dylan winning the Nobel Prize for Literature, a couple of well-informed readers thought I'd mentioned a Nobel Prize for Mathematics. There is no such prize, they correctly noted, and I didn't say there was. But I can understand the confusion over what I sloppily wrote: "mathematicians have their own Nobel Prize," by which I meant the Nobel Prize for Physics. It is typically, I should say exclusively, won by world-class mathematicians like Albert Einstein. (No, he did not fail math, the "Famous Mathematicians" website places him first on their list and observes that his most famous statement, E=mc2, is in fact a mathematical equation)

But another reader did catch me, saying, "Mathematicians have their own Nobel Prizes –- plural." By which he meant not only the prize for Physics but the one for Economics as well.