Play about homelessness drawn from more than 100 interviews with Alaskans 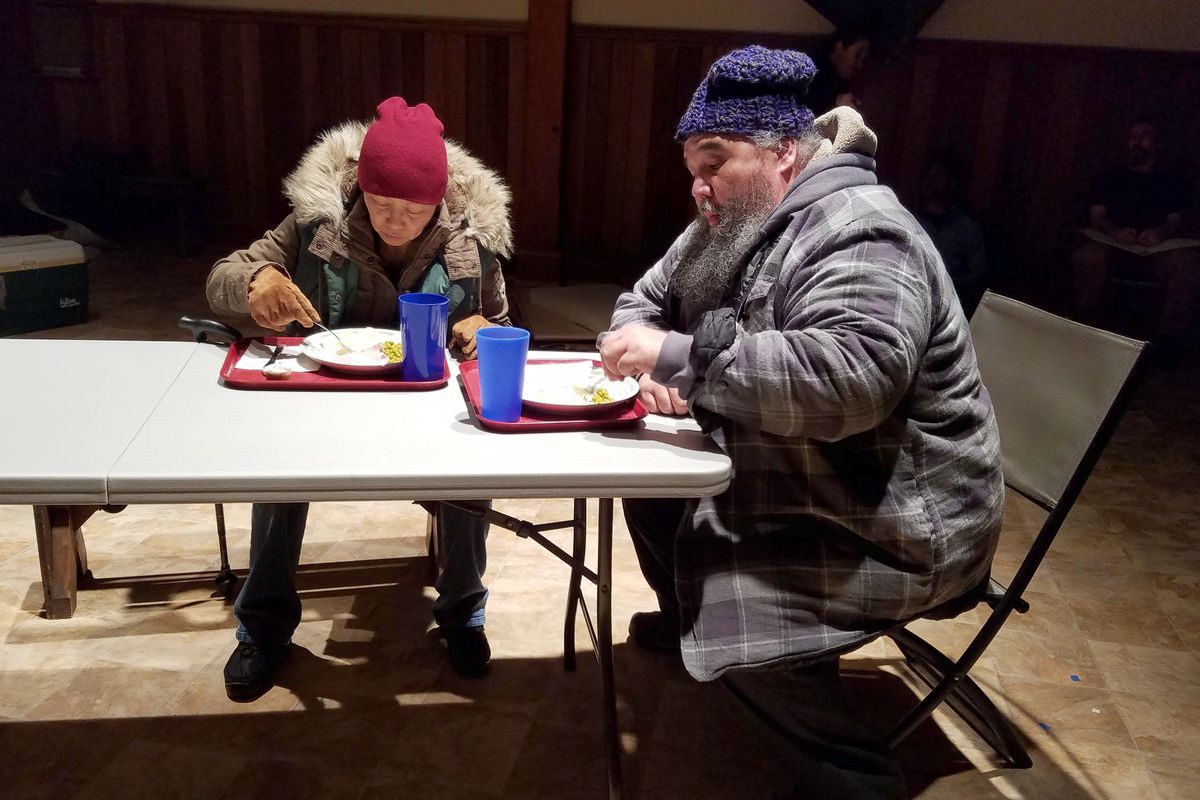 Four years ago, Juneau playwright Merry Ellefson was driving home from a cross-country ski trip with her son when she saw a young, drunken man staggering along the side of the road.

Instead of passing by, she stopped and talked to him. He was crying. His grandfather had just died and, besides losing a close relative, he also lost a place to live.

"I remember looking back at my son in the car as he was eating a candy bar and thinking, 'Well, this is somebody's child,' " Ellefson said.

"As an artist, as an advocate in the community, as a concerned community member, that was the impetus for me to start learning more about who is homeless and what we're doing about it and how it reflects who we are as a community," she said.

Ellefson set out to talk to as many people as she could about homelessness, a mission that has taken her across Alaska, from the halls of the government buildings to the shadows of bridge overpasses.

Ellefson then collaborated with director Shona Osterhout and brought those stories to the stage two years ago at McPhetres Hall in Juneau in a production by Generator Theatre titled "Lifetime to Master." Ellefson said the impact of the production was so powerful she decided to expand her interviews and bring the show to Anchorage.

Since then she's interviewed more than 100 people across the state, including police officers, ministers, state and local leaders, emergency room doctors, housing experts, a District Court judge, business people and those living on the street and in shelters.

"All of our lives intersect with the issues around homelessness and it's very complex, and we have to unpack what that looks like for individuals as well as our community and as well as our state to better understand how we are all impacted and how we can all support different efforts," Ellefson said.

The play uses eight actors to perform about 20 parts each — close to 160 characters altogether. The play is structured in a series of vignettes in five acts, with monologues and dialogues between the characters in settings such as a jail gymnasium, an office building and Bean's Cafe.

"It's like if you were to take a bunch of snapshots of life and about homelessness in Alaska and the snapshots would come to life for a couple minutes and then go away," Osterhout said.

Ellefson and Osterhout spent the last four years figuring out how to condense a several-hourlong interview, nine pages of single-spaced text in some cases, into just a few lines of monologue or dialogue.

"When we hear the voices the actors portray — and I air quote the word 'characters,' because these are real people so it's hard to say that — when they speak the most powerful comments come through very clearly," Osterhout said.

Audience members should expect to engage with the production on a number of levels. At the end of each show, community leaders and others involved in the problems of homelessness will answer questions and provide additional insight into their experiences and what the community can do to help.

[With temperature falling and need rising, shelters turn some homeless away]

"What I've learned is that there's as many reasons to be homeless as there are homeless people and that the more we listen to each other's stories, the better we understand the shoes our neighbors may be walking in," Ellefson said.

"Home but not Less: A play built on Alaskan voices" will be performed in the Church of Love (Spenard Road at 34th Avenue) at 7:30 p.m. Thursday-Saturday and at 2 p.m. Saturday and Sunday. Thursday night is pay-what-you-can. Tickets for the other performances are $29.25 for general admission, $18 for students, and are available at centertix.net.

*Correction: A previous version of this article mistakenly stated that the original production of "Home but not Less" was staged at Perseverance Theatre. In fact, it was staged at McPhetres Hall in Juneau in a production by Generator Theater Co.