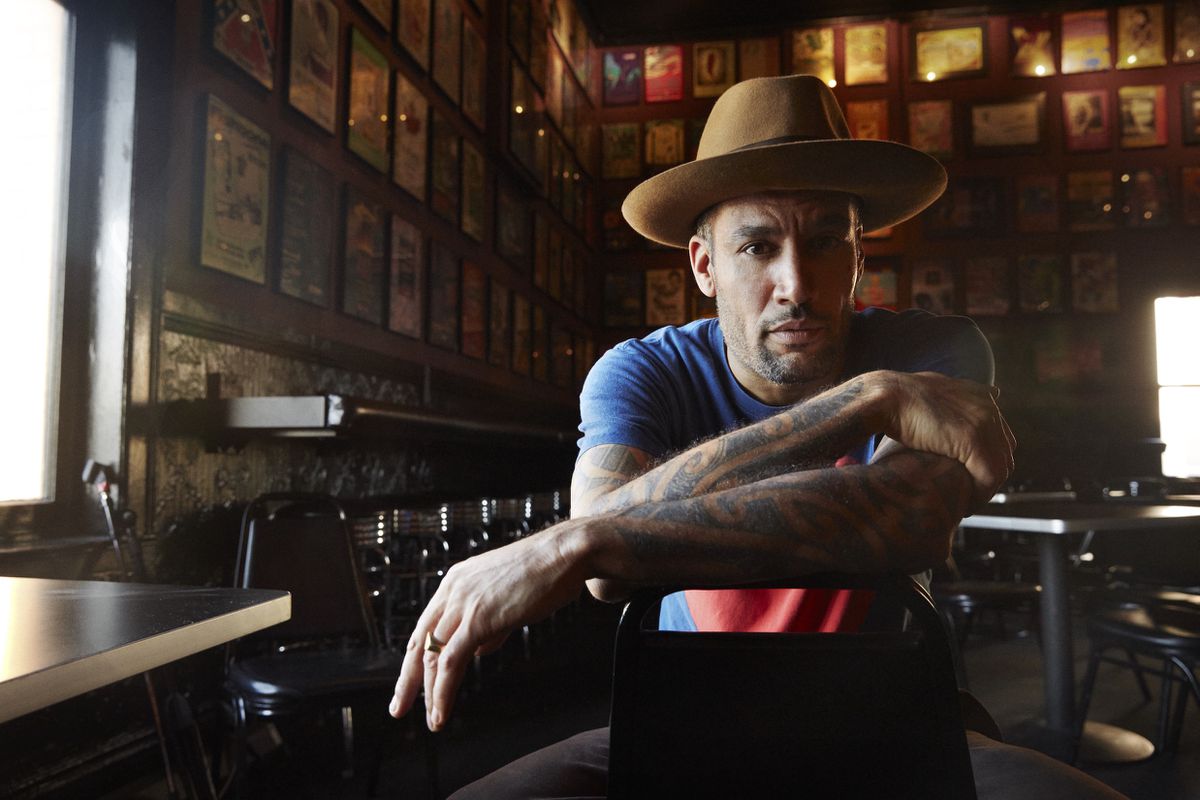 Ben Harper is slated to perform at Moose’s Tooth on Monday, July 24. (Photo by Danny Clinch)

Ben Harper is slated to perform at Moose’s Tooth on Monday, July 24. (Photo by Danny Clinch)

Ben Harper began his love affair with music at a young age.

"What was great about growing up in a musical environment is it made eccentricity standard, normal and OK. It was almost required," Harper said.

Harper, a three-time Grammy Award winner and multi-instrumentalist, released his earliest recordings in 1992, with his first album, "Welcome to the Cruel World," out in 1994. Since then, Harper has made 12 studio albums, oftentimes collaborating with his band, the Innocent Criminals.

But Harper's latest album, "Call It What It Is," is the first in seven years to feature the Innocent Criminals. "We had spent enough time together — and then had enough time apart — to see things differently and see things more clearly," Harper said.

"It felt like there was a lot of creative open ground for us after we had split up. Being able to come back together with the original members truly playing at the top of their form, it's an exciting time because at this age you get to apply wisdom to technical prowess."

Harper is perhaps best known for his hits "Burn One Down," "Steal My Kisses" and "Diamond On the Inside." His sound is complex and changes from one album to the next: Harper's Grammys were awarded for best pop instrumental performance, best traditional soul gospel album and best blues album. His music has also been described as folk, reggae and rock. His ability to meld together genres is responsible, in part, for his career's longevity.

"The thing about my sound (is that it) tends to evolve even within the record itself — in a body of work of 10 to 12 songs, from song to song," Harper said.

Local fans seem to appreciate the flexibility; Harper's show at Moose's Tooth sold out two weeks before the concert.

Being onstage, Harper said, allows him to show his fans his best. "(Performing live) demands and requires sincerity. Sincerity without taking yourself overly serious, but taking the music incredibly serious," Harper said.

"It's people that breathe life into the music itself: They press 'play,' they raise their hands, they raise a glass, they allow music I've made to be the soundtrack to their lives."

The show at Moose's Tooth will be both Harper's and his band's first time in Alaska. Harper said fans can expect to hear a mixture of songs from Harper's 23-year catalog; they can also expect that they will get the best of Harper onstage.

It might seem surprising, given the notoriety of "Burn One Down" as an anthem for smoking marijuana (Rolling Stone described the song as the " 'This Land is Your Land' for potheads"), but Harper said he doesn't drink alcohol or smoke marijuana during performances.

"Every show I've played for 23 years has been stone sober," Harper said. "It gives you a chance to walk out on the tightrope and bring out the best of your artistic creation with strangers."

Zakiya McCummings is a features intern at Alaska Dispatch News. She has worked as a reporter for the Anchorage Press, The Associated Press and Salon. Follow her on Twitter: @realzakiya.

Ben Harper and the Innocent Criminals

21 and over. Cash-only concessions