Jewel returns to her roots for headlining Salmonfest performance 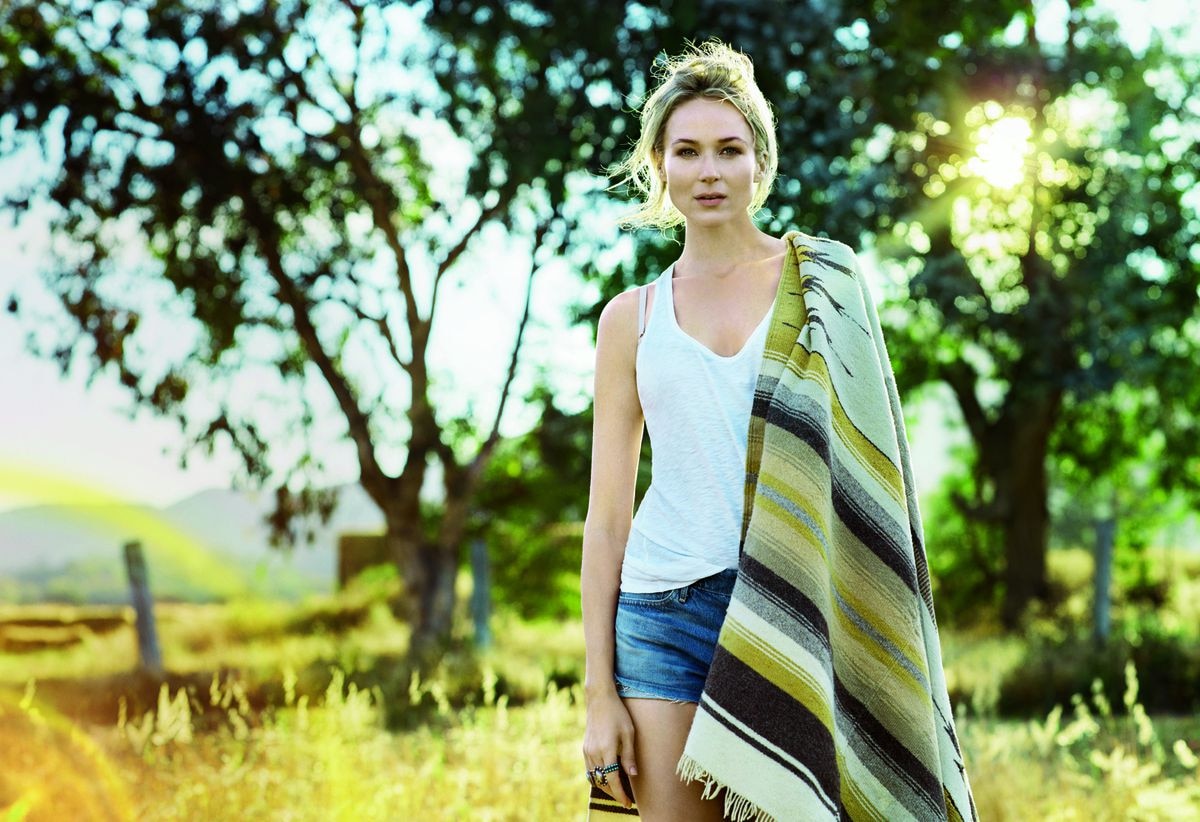 Jewel will headline Salmonfest on August 6, 2017, in Ninilchik. (Matthew Rolspon)

Jewel will headline Salmonfest on August 6, 2017, in Ninilchik. (Matthew Rolspon)

On Aug. 6, the Kilcher clan will convene at Salmonfest in Ninilchik to see Jewel perform in her home state for the first time since 2009.

"A lot of them are coming, a lot of cousins, aunts and uncles," Jewel said in a phone interview while driving through Canada. "I invited my dad and my little brother to come onstage with me. My dad probably will come. Whenever he's there he gets onstage with me every time."

If Jewel's dad, Atz Kilcher, does show up, the audience will witness the first Kilcher father-daughter duet since the family became famous via the reality show "Alaska: The Last Frontier," which premiered in 2011 and starts its seventh season this fall.

"I'm really proud of my family and the show," said Jewel, who usually keeps a low profile when she's in Alaska.

"I haven't tended to work a ton while I'm up there. I typically look at Alaska as my vacation time and downtime with my family," she said. "On this trip I'm going to spend a whole month up there. Salmonfest happened to be the month I was there, so I was really happy to do it.  I'm really excited to come home and get to play for my fellow Alaskans."

[10 must-see acts at Salmonfest, Alaska's folk-rock festival on the Kenai]

As for exactly what she'll play for her fans and family at Salmonfest, Jewel is just going to follow her intuition.

"I don't have any plans. I don't tend to do set lists. I just wing it and feel the audience out," she said. "I talk to the audience a lot. I take requests. I banter back and forth and I just have fun."

In the near-decade since Jewel last strummed and sang for her Alaskans, she's been going about her business and doing fine. She gave birth to her son, Kase, and released five albums and the memoir "Never Broken."

Her most recent album, 2015's "Picking Up The Pieces," is both an emotional confessional about her divorce from rodeo cowboy Ty Murray and a return to the folky coffee shop sound audiences were introduced to on her 1995 breakout album "Pieces of You." The album yielded the classic '90s songs "Who Will Save Your Soul," "Foolish Games" and "You Were Meant for Me."

Since the '90s are the throwback decade of the moment, it may seem like a calculated move to go back to the style that cemented Jewel's stature as a folk goddess of that era. But she said she doesn't work that way.

She said she's grateful for every phase in her career and life, but there are a few things she misses about life in the pre-high-tech digital world.

"Making money was easier. Record sales were awesome back then. I'm glad I was around for that. I worked 362 days a year. I did four or five shows a day. I worked hard," she said. "I see a '90s nostalgia thing happening. I tend to look at things in cycles and patterns the way a rancher or farmer does. Everything has its season."

[In 1996, ADN followed Jewel on tour just as she was making it big. Go behind the scenes.]

The girl who once had little more than to her name than her guitar doesn't have to hustle as hard anymore. She's become one rich, influential woman.

Her net worth is estimated at $30 million, and in October, she'll perform and speak at Fortune Magazine's Most Powerful Women Summit.

Jewel also has an effort to promote positive thinking and defeat victim mentality through public speaking engagements and her website and "mental fitness destination" jewelneverbroken.com.

In terms of her background, and what helped make Jewel a survivor and a success, she said "Alaska: The Last Frontier" has helped her friends and fans understand her better. The show mostly takes place outside of Homer, where she grew up.

"When people on the West Coast started asking how I was raised, they couldn't comprehend it. They had no idea what the word homesteading means," she said. "They'd ask 'is it like camping?' It's just living off the land. They just couldn't wrap their heads around it."

So far, Jewel has only appeared on one "Frontier" episode, the sixth season opener last October. In the upcoming  season, she said she and Kase will appear in an episode together, and another will feature Kase and Atz exercising their survival skills.

"The values I was raised with in Alaska of being a pioneering person and not having traditional male/female roles, and where kids are taught to be self-sufficient and capable of work, are important," she said.

"It's not always the easiest thing for me to accomplish in the states, whereas Alaska just provides opportunities for children to work and learn and be outdoors. I really want my son to be around that."

Jewel should feel very at home at Salmonfest. She said she was raised with fishing and spent a lot of time dipnetting with her family.

"I grew up on salmon. Canned, smoked, frozen, every kind you can imagine," she said. "I took Kase salmon fishing off of Kachemak Bay the other day. We went to a hatchery where you could literally just snag them, which is kind of silly, but very fun for a 5-year-old. It was really cute."