A season of Alaska theater and dance has arrived, brought to you by Zoom and the great outdoors 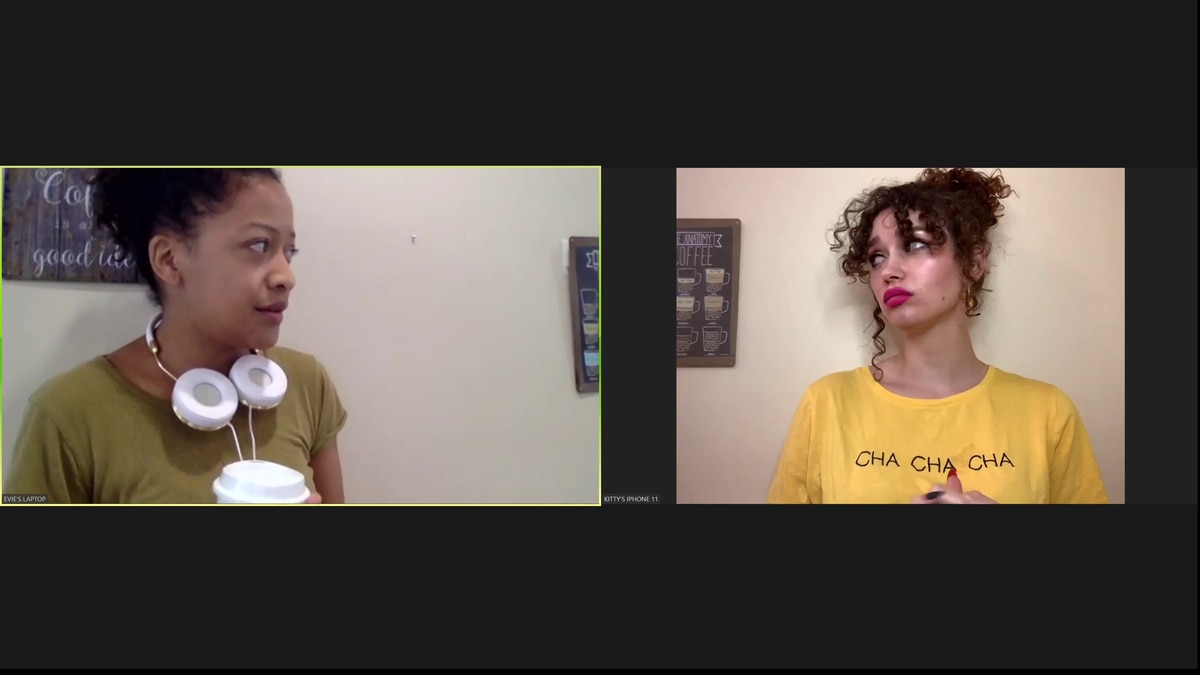 From fully virtual theater productions to outdoor dance performances, COVID-19 is forcing Alaska’s theater and dance companies to get creative this fall.

“Basically, everything that we are doing, rehearsing, me directing, is through Zoom,” said Tom Robenolt, guest director of “She Kills Monsters: Virtual Realms,” from the University of Alaska Fairbanks Theatre & Film department.

“Zoom has been kind of the savior for theater lately.”

Many performing arts groups have put their shows on indefinite hiatus. For his part, Robenolt was originally planning on directing the stage adaptation of “She Kills Monsters” in the spring when COVID-19 turned everything on its head.

Now, the performances will take place in November and the audiences will watch the show online. Actors and crew will perform and work from their individual homes, some in different cities and states.

“A lot of scenes take place in the characters' bedrooms,” Robenolt said. Casting was recently completed for the show. “With us not being able to go in there and build a little bedroom set or whatever… they will actually be able to set up their own mini-set, as far as their bedroom — with some direction from the director and the tech people."

In “She Kills Monsters” a woman tries to learn about her dead sister’s life by playing a Dungeons & Dragons module that she left behind, and the action moves from reality to the imaginary game world. Robenolt says one benefit of the online platform will be showing visuals like maps to describe where the characters are going within their own world.

Perseverance Theatre also made a move to online with its virtual production of the play “In Love and Warcraft,” which was co-produced with the American Conservatory Theater.

“Love and Warcraft” also deals with imaginary worlds, this time the online role-playing game World of Warcraft. In the play, college senior Evie plays a fearless warrior in the online game world, but struggles to navigate life and romance in the real one.

The performance featured a live chat where audience members could talk to one another during the production from all over the world. Kuo said they have people watching from across the U.S. and even as far away as India.

“To me, what’s great about this is it merges, oddly, the intimacy I can find in film — where you are really up close with the actors and expressions — but the liveness keeps you on your toes, and this feeling that any performance can be a little bit different.”

‘We’re shifting how we operate’

Theater companies aren’t the only ones changing the way they perform.

Momentum Dance Collective will present “Sugar & Salt” this weekend in collaboration with The Forest That Never Sleeps (also known as local music creative Kat Moore), with set and costume design by Enzina Marrari.

The performance was originally created for stage but was reimagined due to the pandemic.

Now it will be held at the Alaska Botanical Garden. A limited audience will walk a 1-mile loop and find Momentum performers at six main sites. The performance will also be livestreamed.

“We set up six sites across the garden, so instead of the audience sitting and watching, they get to travel through the performance and they can move at their own pace or choose their own adventure,” Becky Kendall, artistic director at Momentum Dance Collective, said.

“I’m really excited to experiment with that as a model for how we might create more work.”

Kendall says Momentum’s seasons often look very different from one another. Having a history of being flexible has helped the group adapt to the pandemic.

Attendees will need headphones or a mobile device to tune into KONR 106.1 FM, where a live broadcast recording will accompany the performance. Moore will also be performing live 30 minutes before the beginning of each show. There will be four performances, one of which is for seniors or those who are immunocompromised.

Stephanie Wonchala, executive artistic director of Pulse Dance Company and owner of Studio Pulse Center for Dance, says she is looking to season 11 — or “elemon” — with a new perspective after the company was forced to cancel their season finale concert this spring.

"That was pretty devastating because it was everything and then it was absolutely nothing,” Wonchala said. “It definitely took a little while to mentally reset.”

The company is planning for alternative events later this winter, including “The Nutcracker Redux,” in which residents can see dancers in shop windows as they walk around downtown, hot cocoa in hand. Pulse has already kicked off their season with “Freshly Squeezed” — artists are encouraged to get creative through short dance film submissions. Selected artists will be paid $50 and their work will be shared on Pulse’s social media platforms and newsletter.

“We’re shifting how we operate, from creating and presenting work to immersing ourselves and our community in the behind-the-scenes of it all,” Wonchala said.

“In Love and Warcraft" can be streamed on-demand between Sept. 18-25 (see ptalaska.org for details)

“She Kills Monsters: Virtual Realms” can be viewed online Nov. 13, 14, 20 and 21. See uaf.edu/theatrefilm/current-season for details.

Applications to be included in “Freshly Squeezed" will be accepted until 5 p.m. on Monday, Sept. 28. More information on that and the upcoming “The Nutcracker Redux” is at pulsedancecompany.org.