In ‘One Water,’ essays wind down Fairbanks streets and beyond 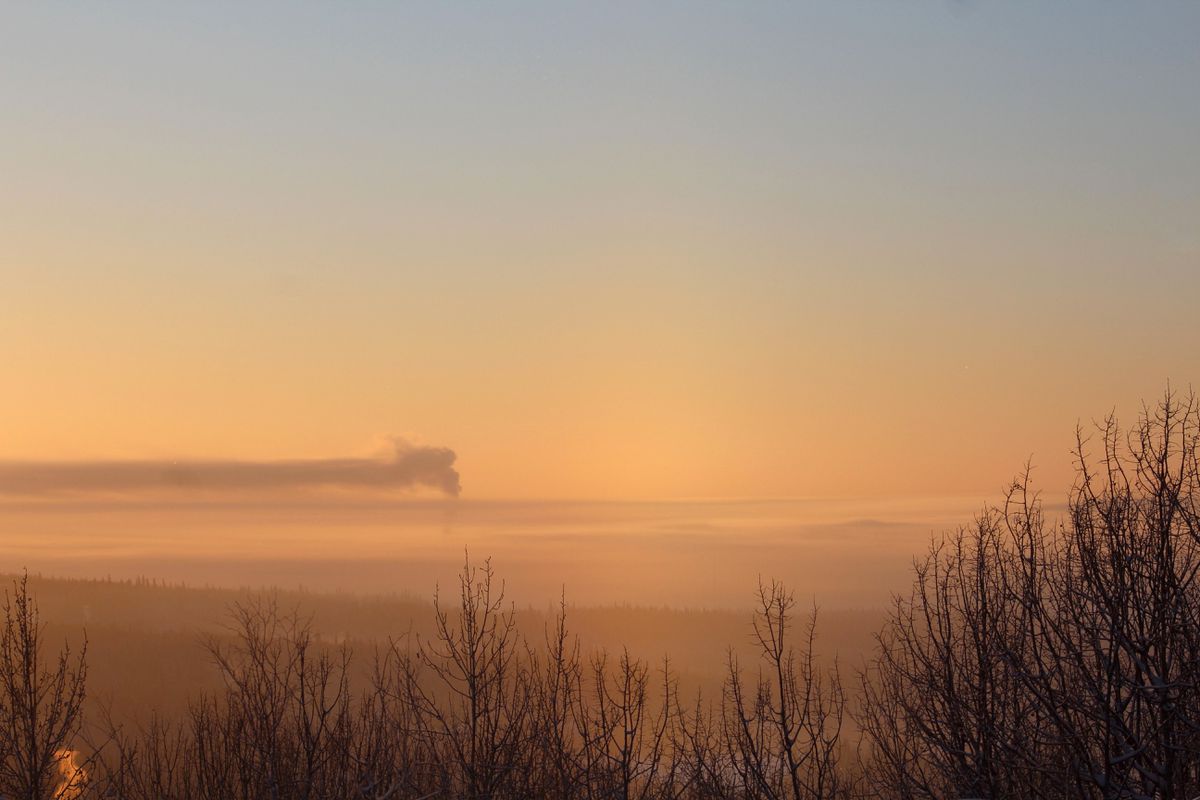 Fairbanks is a weird town. An oasis of semi-civilization smack in the middle of a vast wilderness. It’s not a Bush community, but unlike the much larger city of Anchorage to the south, it’s not quite an urban hub either.

A significant portion of the 100,000 or so residents of the greater Fairbanks area would rather live someplace more remote. But out of economic necessity they’ve begrudgingly accepted life in Alaska’s second largest municipality, working in town on weekdays, going home to one of the countless little subdivisions that snake out into the surrounding hills at night, and heading into the country whenever possible to hunt, fish, hike, climb, ski, bike, canoe, or do whatever else it is they most love in the outdoors that brought them to this place.

Fairbanks author Rob McCue perfectly captures this strange dichotomy. In his debut essay collection, “One Water,” he vacillates between his job as a nighttime taxi cab driver, where he provides rides for people barely getting by in a town many can’t escape, and his adventures in the wilderness beyond the city, where he again finds people hobbled by their personal shortcomings. And yet he sees the humanity in them all, while marveling at the landscape where he’s made his home.

“I like listening to people,” McCue writes, midway through the book. “I like to be assured that we’re really all just winging it. That no one secretly carries the answer to the great riddle of the universe, or the question for that matter. That maybe we’re all just infinitesimal pieces of it. That our lives all tumble like rocks rolling off mountains rather than carefully plotted journeys unto death. That we’re all susceptible to revelation and circumstance.”

It’s a passage that summarizes much of this book. In the opening essay McCue writes about driving a cab on a January night in Fairbanks, with the temperature hovering at 40 below zero, ice fog obscuring streets already cloaked in darkness, and passengers muddling through what passes for normal lives under extreme environmental conditions that most people would never wish to endure.

It’s one of three sections in the book where McCue tells stories of ferrying drunks, students, soldiers, drug addicts, visiting and resident Natives, and others from one place to the next, capturing in the brief snippets of conversations their daily struggles. It’s the best depiction of how hopeless Fairbanks can feel during its coldest month that I’ve ever encountered, and it will leave many readers wondering why he doesn’t leave.

The answer is found in the second essay, when McCue and a friend fly to Arctic Village to go caribou hunting with local Gwich’in men. It’s the Alaska that McCue came north to experience three decades ago, and that has kept him here. Still, ever the observer, he explores the gulf between himself and his Athabaskan hosts. Like them, he hunts for sustenance, both physical and spiritual, but he’ll never know the ancient bond with the land they draw from their history.

Yet McCue finds himself even further removed from wealthy white trophy hunters when he takes a job as a guide in the Brooks Range, helping customers bag Dall sheep. The men he leads into the wilderness he loves, some of them wealthy beyond all reason, are there solely for the thrill of killing something. The animal itself, and the nutrition its sacrifice provides, is beyond their understanding. Despite his efforts at figuring out each, only one of McCue’s clients in this essay comes across as truly decent, and it’s easy to understand why McCue ultimately decided that even though this work got him outside for extended periods, it wasn’t what he needed to be doing.

McCue’s account of an overland traverse of the Alaska Range in March, from the remains of the Black Rapids Roadhouse on the Richardson Highway to McKinley Village on the Parks, is fraught with its own drama. McCue isn’t a braggart adventurer who celebrates his accomplishments. He’s an honest writer who describes vividly the hardships of the undertaking and the conflicts that arose between himself and his two companions. The brief moments when they can pause and wallow in a remote landscape few will ever see first hand are tempered with the realities of needing to survive both the trip and each other.

Closer to town, McCue writes of the home he has built for himself and his wife and son in Goldstream Valley, which lies to the north of Fairbanks. It’s an area which, he explains, has seen “a motley succession of settlers: hippies, heavy-equipment operators, environmentalists, survivalists and slumlords.”

It’s here that McCue spends time with his son Cord, who he has poured his hopes into. Coming to fatherhood later in life than most, he wants to invoke in his boy his love for the outdoors and the connection to it that comes from drawing one’s food from the land and its animals. It’s OK to hunt, but killing for food is not a task McCue takes lightly. Respect for the animal is a must.

McCue’s connection to the land is most evident in the book’s title essay. Floating an Interior stream, he takes note of the animals and plants along the way, discussing how life flows through each. McCue’s knowledge of the biology and geology of Interior Alaska is extensive, and he works it into many of these essays, but especially this one. Bird migrations, soil breakdowns, moose mating, and other aspects of the natural world are sewn into a narrative that also includes confrontations with moose and bears. It’s a fine piece of outdoor writing.

A friend once told me that Fairbanks is not a place that grows on you, it simply leaves one unfit to live anyplace else. Both the city and the wildness beyond become such a part of those who live in it that they can no longer imagine leaving. In “One Water,” Rob McCue captures the essence of why this is so.