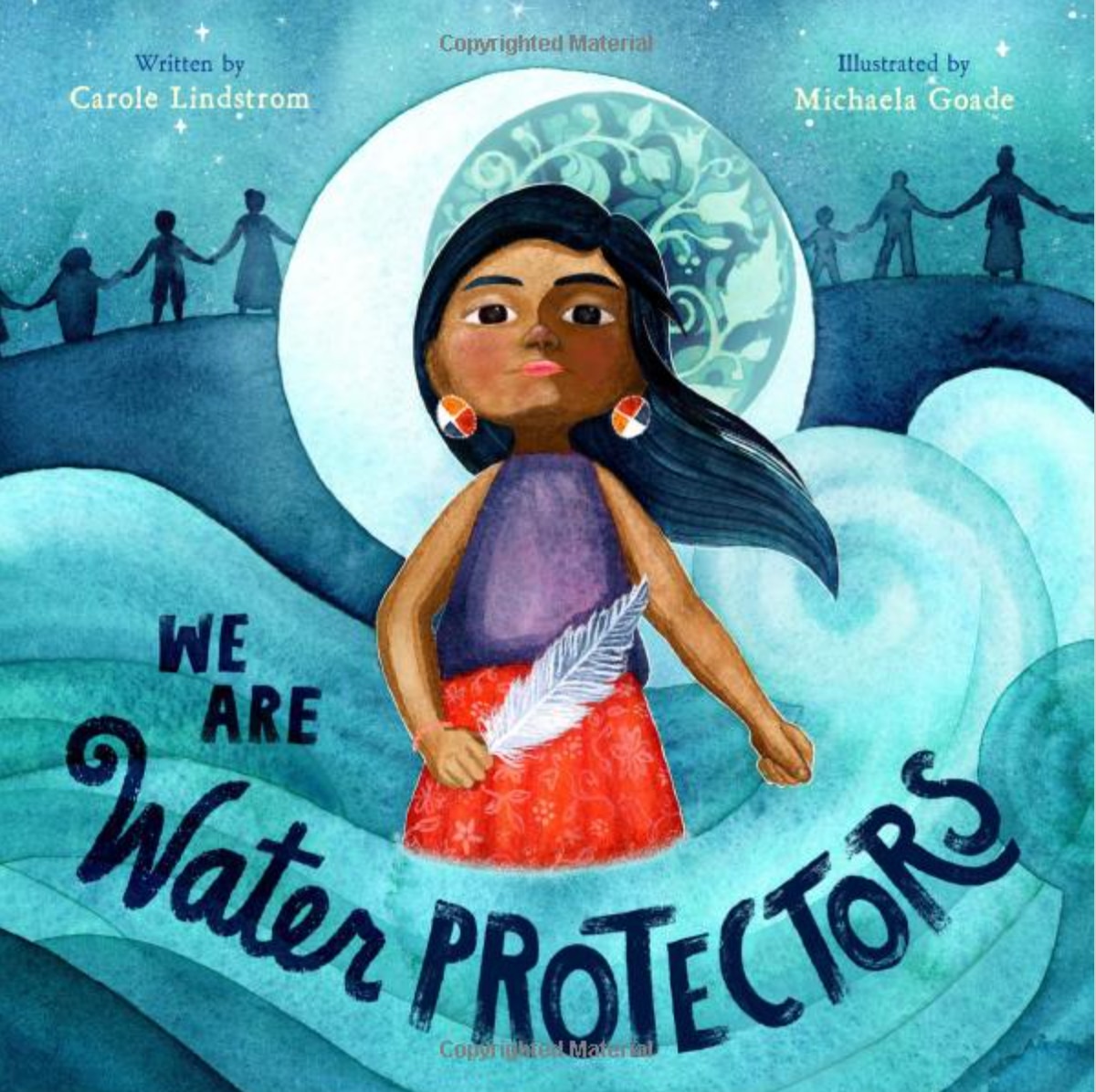 "We Are Water Protectors," illustrated by Michaela Goade

"We Are Water Protectors," illustrated by Michaela Goade

“I am really honored and proud,” the 30-year-old Goade told The Associated Press in a telephone interview. “I think it’s really important for young people and aspiring book makers and other creative people to see this.”

“We Are Water Protectors,” written by Carole Lindstrom, was conceived in response to the planned construction of the Dakota pipeline through Standing Rock Sioux territory. Goade, a member of the Tlingit and Haida tribes in Southeast Alaska, was sent a copy of the manuscript through her agent in 2018 and responded immediately to its political message and message of water as a universal force.

“I love how it balanced lyricism and poetry with a powerful message,” says Goade, who used everything from watercolors to gouache paint as she conjured moods ranging from the water’s sensual blue waves to the harsh black of the snake/pipeline and the burning red of the snake’s tongue.

I am still struggling to find the right words. More to come but for now, w/ a VERY full 💙 gunalchéesh to @ALALibrary, the Caldecott committee, my dear @CaroleLindstrom & the team @MacKidsSL! To EVERYONE who lifted this book up, thank you & I love you. pic.twitter.com/QdAYhgWjlh

Tae Keller’s chapter book “When You Trap a Tiger,” in which a young Korean-American explores her identity through her grandmother’s stories, won the John Newbery Medal for the outstanding children’s work overall of 2020. Keller, who was raised in Hawaii and now lives in New York, drew upon Korean folklore and family history for “When You Trap a Tiger,” also named the year’s best Asian/Pacific American literature.

The Newbery medal was established in 1922, the Caldecott in 1937. Goade, whose other books include “Encounter,” is the first Native American to win in either category. Her next book is the picture story “I Sang You Down from the Stars,” a collaboration with author Tasha Spillett-Sumner that comes out in April.

The awards were announced Monday by the American Library Association.

Jacqueline Woodson, whose previous honors include a National Book Award, won her third Coretta Scott King Award for best work by a Black author for “Before the Ever After.” And a tribute to Aretha Franklin, “R-E-S-P-E-C-T,” received the King award for best illustration. The book was written by Carole Boston Weatherford, with images by Frank Morrison.

Daniel Nayeri’s “Everything Sad Is Untrue (a true story)” won the Michael L. Printz Award for best young adult novel, and Mildred D. Taylor, known for “Roll of Thunder, Hear My Cry” among other works, was given a “Literature Legacy” award.

Kekla Magoon, who has written or co-written “X: A Novel” and “How It Went Down,” won a lifetime achievement award for young adult books.