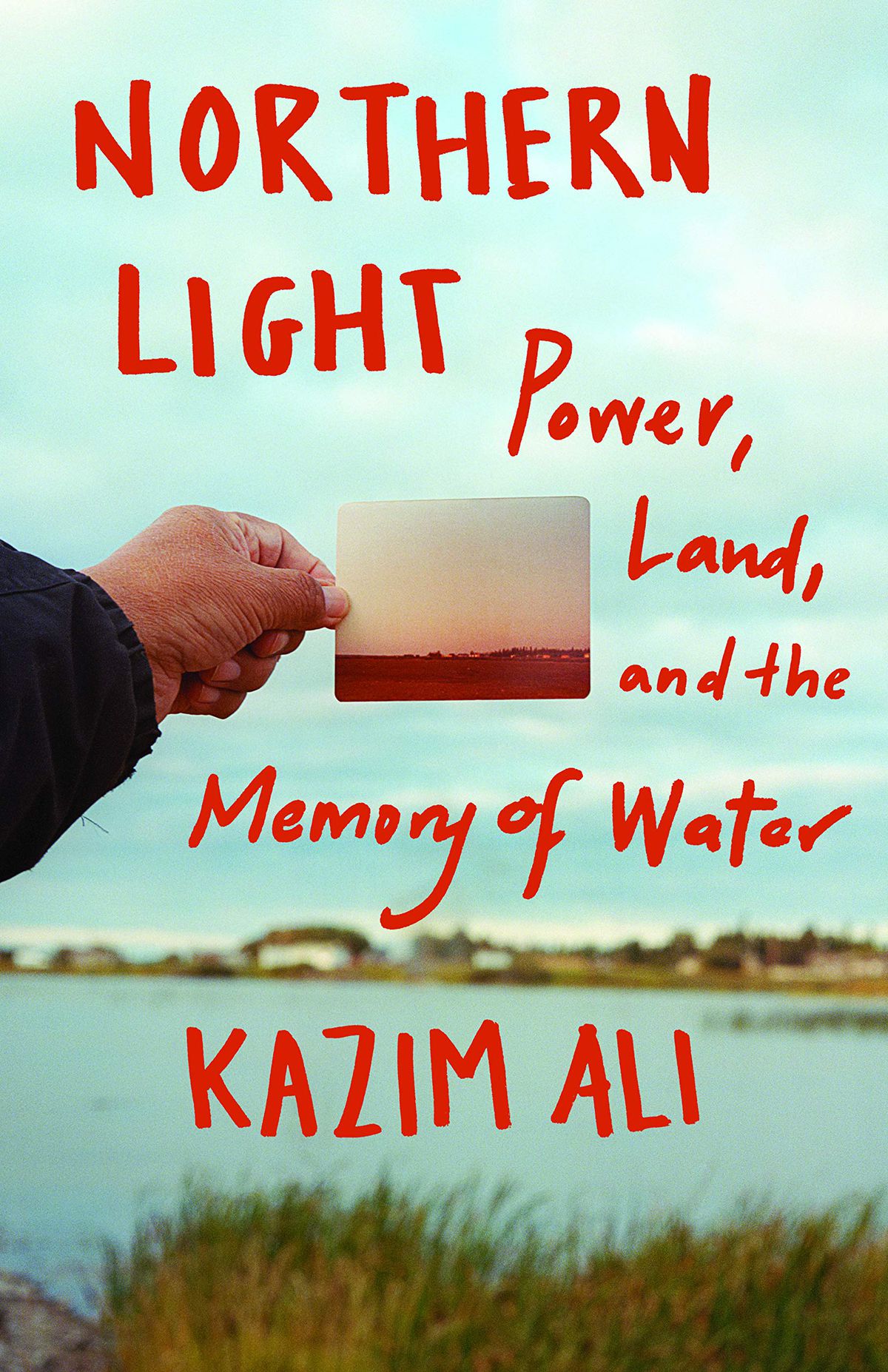 "Northern Light: Power, Land, and the Memory of Water,” by Kazim Ali

"Northern Light: Power, Land, and the Memory of Water,” by Kazim Ali

Northern Light: Power, Land, and the Memory of Water

Poet and writer Kazim Ali, who visited Alaska in 2019 as a faculty member of the Kachemak Bay Writers’ Conference, was born in London to political refugees from India, migrated to Canada with his family in the early 1970s, lived in northern Manitoba as a child, then lived in New York and Ohio, traveled often to Palestinian villages to teach yoga, and now teaches literature and writing for the University of California, San Diego.

Never able to easily answer the question, “Where are you from?,” Ali often found himself thinking back to his formative years in a small Manitoba settlement during the 1970s. He remembered the forests and waters, the night skies his father interpreted for him, early friendships, and his beginnings as a reader and poet. The town was called Jenpeg, and his father was an engineer working for Manitoba Hydro, the utility then building a generation station on the Nelson River.

One day, curious about the place of his early consciousness, his Googling came upon a news article about Manitoba Hydro being “evicted” from its dam station. Evicted? As he read further, he learned that in 2014 the Indigenous people of the region, known as the Pimicikamak or Cross Lake Band, had served eviction papers on the station and chained shut its doors. The Pimicikamak argued that Manitoba Hydro, along with the provincial and federal governments, had not fulfilled the treaty agreements under which the utility had received easement rights.

In further research, Ali learned that while he’d been living his idyllic boyhood in the temporary company town of Jenpeg, on unceded Pimicikamak lands, the Pimicikamak people lived nearby in a town known as Cross Lake, a town that had not been connected by road to Jenpeg when he was a boy. And Cross Lake, he discovered, was, 40 years later, in the midst of a suicide epidemic, with dozens of young people attempting (and too often succeeding) to kill themselves.

After a series of email exchanges, Ali was invited to visit Cross Lake. What began as a quest to understand the northern forces that shaped his boyhood metamorphized into a larger quest — less about his own identity and more about Canadian land and Indigenous rights. Alaskan readers will find significant parallels to our history with Indigenous peoples and the generational traumas still present.

In Canada, residential schools and other government policies tore families apart and forbid traditional practices and the speaking of Indigenous languages. The tribal leader of the Pimicikamak at the time of Ali’s visit was herself a victim of a program known as the “Sixties Scoop,” in which (starting in the 1950s and extending into the 1980s) Indigenous children were taken from their homes to be fostered by or adopted into white families; in her case the family hoping to adopt her allowed her to return to her birth family, who had never wanted to give her up.

In his week-long visit, Ali was warmly welcomed into the Cross Lake community as the first person from Jenpeg to have returned since the construction crew left in 1979. He was invited to participate in a men’s sweat lodge ceremony, where the heat raised sharp childhood memories of the town that no longer existed. The local people were generous in teaching him about their history and traditions and the effects of the dam on their land. A historian showed him photographs of the lake’s changing shoreline and took him to those flooded and eroded places, where homes had been abandoned, broken trees caused boat accidents, and siltation had eliminated fish habitat.

Other new friends drove him the 45 minutes on dirt roads to the power station, with its dormitory for workers from the south, and to the site of Jenpeg beyond that. The bulldozed clearing in the forest left Ali feeling disappointed, even depressed. Instead of the sense of homecoming he’d expected, there was only the blank space.

Later, though, he figured out that his mental map had been wrong, and on a return trip he oriented himself to the landscape in a way that brought him into the outline of the streets and the very location where his family’s double-wide trailer had sat. He looked at a cloud-mottled sky through the “once-ceiling” of his boyhood bedroom, recalling the Styrofoam balls his father had painted and hung to look like planets.

Still, this private history fell into background for the story of the kind and resilient people Ali met, who belong to the place as he never had or could hope to be. The land and everything upon it, Ali was repeatedly told, are not “owned” but “their own,” included in the place, with their own rights. Together with the people, the land and waters bear a legacy of abuse and trauma.

In Cross Lake, Ali saw and heard about broken promises, neglected infrastructure, billboards with the faces of missing and murdered women, environmental degradation, and a high school of low academic achievement. But at a community meeting convened to discuss child welfare, Ali was impressed by the wisdom and political savvy of the Elders and the energy of younger people. “I am in the presence of a community that is at this very moment reinventing itself,” he concluded. The schools were implementing a First Nations Studies program and language revival classes.

One week is a very short time to witness the lives of others, but Kazim Ali, an acute observer and listener, has helped bring voices of the Cross Lake community into our hearing. In this latest book, he shines some northern light over essential questions about identity, power, governance, and justice for all peoples.