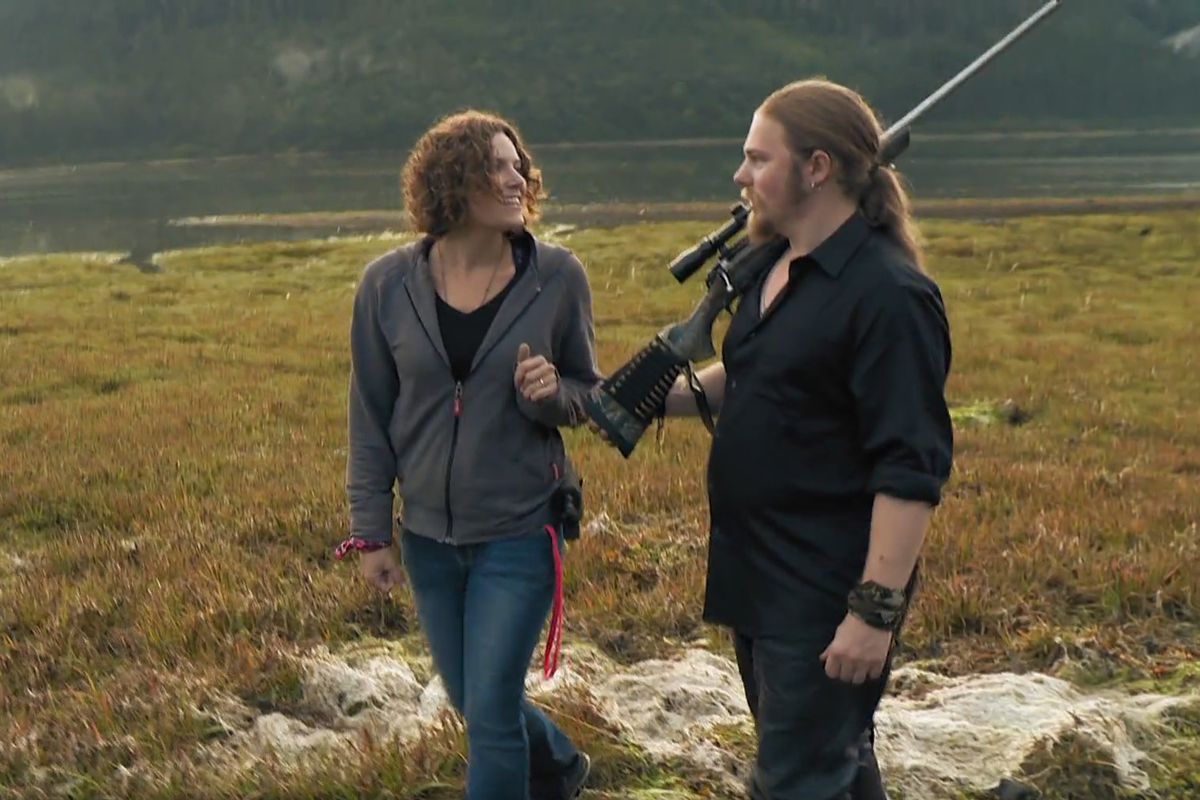 Noah goes on a date in the Bush on “Alaskan Bush People” (Screen capture via Discovery.com)

Noah goes on a date in the Bush on “Alaskan Bush People” (Screen capture via Discovery.com)

In this week's episode of "Alaskan Bush People," the kooky inhabitants of Browntown decided to put in a janky wind turbine to give them an energy source.

Matt, still on his post-rehab redemption tour, built a "sawmill" out of a bunch of junk. If in the next two years someone doesn't get killed while using this equipment, it will be a miracle.

But none of this matters because, once again, Noah (youngest brother and hopeless romantic who looks like he just walked off the set of a Western film) has a girlfriend.

Before we discuss the current girlfriend, let us take a look back to see how we got here.

Two seasons ago, Noah dated a Hoonah local named Christie. This relationship didn't work out because: A) He asked her grandparents for permission to take her out, by saying, "I will protect her honor with my meager life"; B) the only thing they had to talk about was the thickness of the milkshakes they were consuming; C) his "philosophy on dating is more from 15th-17th century books on courting" (this means no physical contact on the first date unless you are crossing the street); D) his mother asked if she likes children on their second date.

After they broke up, producers clearly cast a hot, but uninterested, lady to visit Noah. He decided the best way to woo her was by performing a breakup song he wrote about his relationship with Christie. Here are the fresh lyrics to this slow jam: "It's been a year, since I saw you last / It's been a year since my heart has past / It's been two years since last we met / You broke my heart like it was glass / But I fixed it now like you could never do, with a little tape and just a bit of glue."

The entire experience was cringe-worthy, to say the least.

Let's get back to current day. Noah claims that after the aforementioned heartbreak that he "meditated away" all his emotions, until he met his new girlfriend. Her name is Rhain Alicia. That's not to be confused with his younger sister, Merry Christmas Catherine Raindrop Brown, who goes by Rain. Noah explains his feeling when he met Rhain by saying, "Usually people say that when you see a beautiful woman that you are instantly attracted to, something is magical there, that your heart will skip a beat. That's not true. My heart wasn't working. I guess it started beating." Gross.

According to Noah, Rhain was visiting Hoonah when she bumped into Noah on the docks. She was walking through Hoonah for the first time and "he ended up scaring me." That's the story the show is sticking with on their meeting, but the internet has photos of them in Las Vegas. So who's to say?

Their date is pretty typical. They argue over how Noah pronounces the word similar. He says "sim-u-lar." She says if they had Google she'd prove him wrong. Then Noah starts teaching her tai chi. She looks mildly weirded out, but definitely way more into it and him than past ladies.

Maybe this one will actually last, or maybe we'll get some more bad songs. Only time will tell.

[Up close with bears — and Bear — on 'Alaskan Bush People']