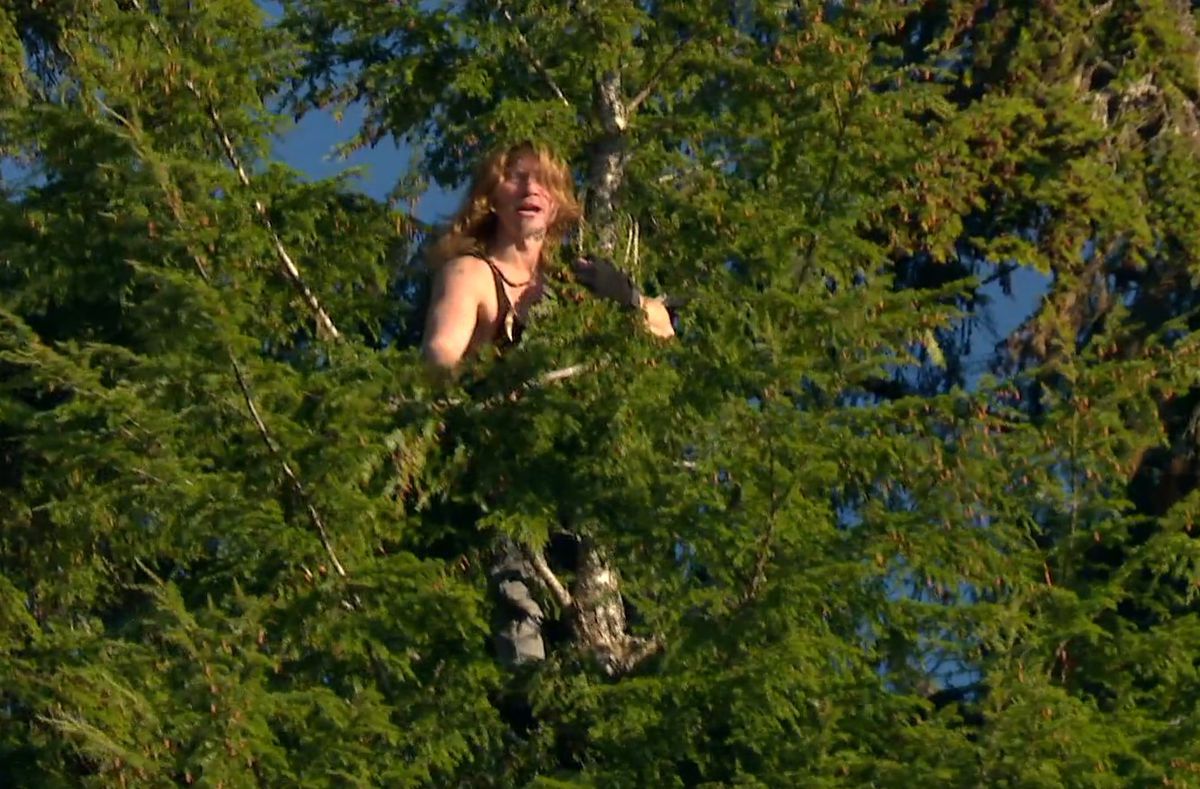 Yet another season finale of "Alaskan Bush People" aired last week. Which means this column won't have the benefit of the strangest family on television gracing us with their weekly weirdness. I'm sure they'll be back in a few short months to continue the city planning and population growth of Browntown, AK. I do hope by next season Discovery Channel updates the title card, since little Raindrop is a small child in the opening credits and now she has dyed hair and constantly changing nail colors like a normal teenage girl.

Let's just go through this episode (titled "Wind and a Prayer") beat by beat. We kick off in typical fashion with Matt and Bear (human son) "sweeping" the area around Browntown for problem bears (large mammals). They do this by wearing fur coats and being really quiet while carrying guns, which is usually a tactic when you are trying to sneak up on something, not scare it away.

Next, we learn that the "sawmill" that a recently-out-of-rehab Matt built out of a bike and other junk from the dump failed to produce enough lumber to trade for a new wind turbine. I'm pretty sure it failed to cut enough lumber to start a fire. Which meant they have to barter large stacks of professionally cut wood they conveniently have laying around instead.

Armed with new wind turbine parts, they continue digging holes for it, which looks miserable since it's winter. Bear decides the best way he can contribute to this project is by painting a "tail" for the turbine.

"I'm not big on construction stuff, barely do it, I hate doing it all, and I'm not that good at it either," Bear says.

"But this is one way that I can actually contribute to the turbine project by painting the tail in a nice extreme manner. I'm going for fire because it's one of the most awesome and extreme things all rolled into one."

I'm glad that human son Bear has found ways that he can help the family, besides making "extreme eggs." As he's painting it he tells us, "This is basically a barbaric fire design, like a caveman would draw basically. One thing that works well for a paintbrush is the tail to the deer actually. It works pretty good. You need to slice it off and start painting."

Bear is the Bob Ross of Browntown. Maybe he will get his own deer tail painting spinoff.

Meanwhile, Noah, the brooding youngest son who looks like he's trapped in the wrong century, is debating moving his girlfriend to Browntown. According to his GF, she can't find a job or a place to live in Hoonah, which is forcing her to move back to Oregon. He seeks advice from most members of his family, who have varying degrees of excitement about the idea.

"I'm gonna be straight up with you, Noah. Yeah, I live out here. I live very free. At the same time that world comes with a bit of a price. It's lonely," said Matt, as though he's workshopping new lines for a one-man show. It's also extremely important to Noah that the lady gets along with his sisters, presumably because they'd be her only female friends living in Browntown.

After a long night with no power, sleeping with their guns and walking around with fire torches like characters in "Lost," they finally erect the wind turbine. As they do that, we have some great "same day, different outfit" going on. Raindrop is wearing at least three coats, a Buff neck gaiter covering her face and a hat. Billy is wearing a hooded sweatshirt and no hat. They're all overjoyed that their wind turbine is up so they can power Browntown. I'm assuming they celebrated and quickly got out of Browntown and to Hawaii, away from the cold.