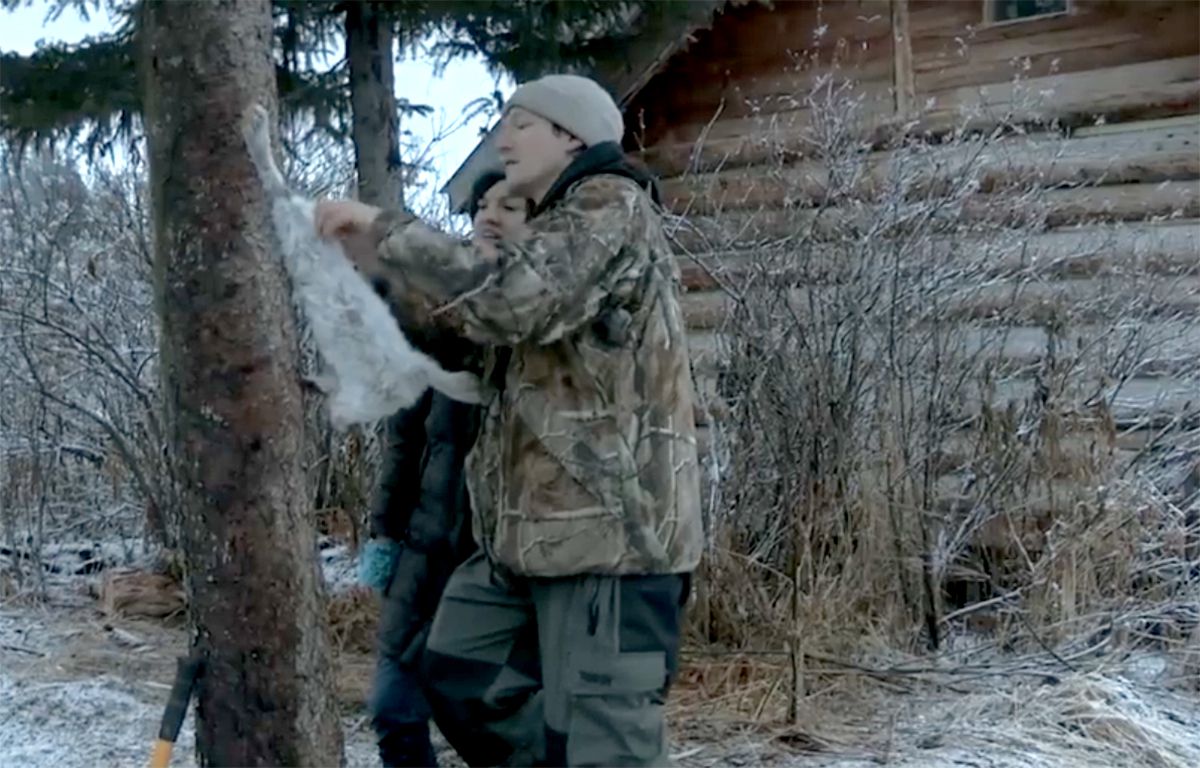 On a cold, dark winter night in January, I decided to venture into the new waters of 2018 and do something I've tried to do numerous times but failed to complete. I set out to watch an entire episode of "Alaska: The Last Frontier." It happened to be a special that featured the dirtiest jobs on the homestead.

The episode started out with the killing and processing of many different farm animals. As Jane, the funniest on the show, put it: "Skinning animals isn't rocket science. Once you get it down, you just get better and better. Much like a serial killer."

The sequence was followed by the requisite speech about how killing animals will feed the family and it's important to know where meat comes from. That speech has become well-worn territory on the Discovery Channel.

I was totally in on this episode, I even laughed, until they showed one of the Kilchers who called himself the "amateur homestead healer" fixing wounds. Specifically, he was giving stitches to Otto. It made me want to puke, so I then got online and read some home remedies about how to get rid of forehead wrinkles instead of watching (this has nothing to do with the episode of "Alaska: The Last Frontier," I have just been meaning to look into this for a while, and it seems like as good of a time as any).

['90s folk superstar Jewel is happy — finally. Now she wants to know: Are you?]

My interest was drawn back to the episode as Otto started singing the show's theme song as he was getting stitches. "It's blood, sweat and tears on 'Alaska: The Last Frontier.' " I give Otto an A-plus for self-referential humor.

Finally, what better way to end a dirty jobs episode than with poop? Outhouses, chicken coops, etc. By this time, I was so far down the forehead-wrinkle rabbit hole that I was looking at Instagram before-and-after pictures. All things considered, I was actually entertained by most of the episode, which is more than I can say for 80 percent of Alaska reality TV after five years of watching/reviewing/studying.

Next up, "Homestead Rescue," and "Ultimate Survival Alaska" star Marty Raney got in a fight with a drone. Technically, he got in a fight with owners of the drone, but the drone didn't make it out of the fight intact. Let's be real, you can't really blame Raney. Drones are kinda creepy and annoying. Raney did replace the drone and charges were dropped.

In other news, I got a good tip from a reader. I learned a few new things (that don't have to do with removing forehead wrinkles).

For starters, there is an entire network that is devoted to murder. It's called Investigation Discovery Channel (GCI Channel 106). I'm not surprised I didn't know about it, because it's basically my nightmare scenario when it comes to my television preferences.

My suggestions on Netflix are usually more along the lines of "Romantic Workplace Television Shows Featuring a Strong Female Lead with Personal Problems" than "True Crime."

Apparently, the murder channel likes to feature Alaska. The show "People Magazine Investigates" Season 1 featured a case about eight people who were killed on a commercial fishing boat near Craig in the '80s. And now on Monday, January 22, at 9 p.m., they will air an episode about the 1996 Alaska murder of Kent Leppink, and the saga that followed, as Mechele Linehan was accused.  I will likely not be watching, but now you can.