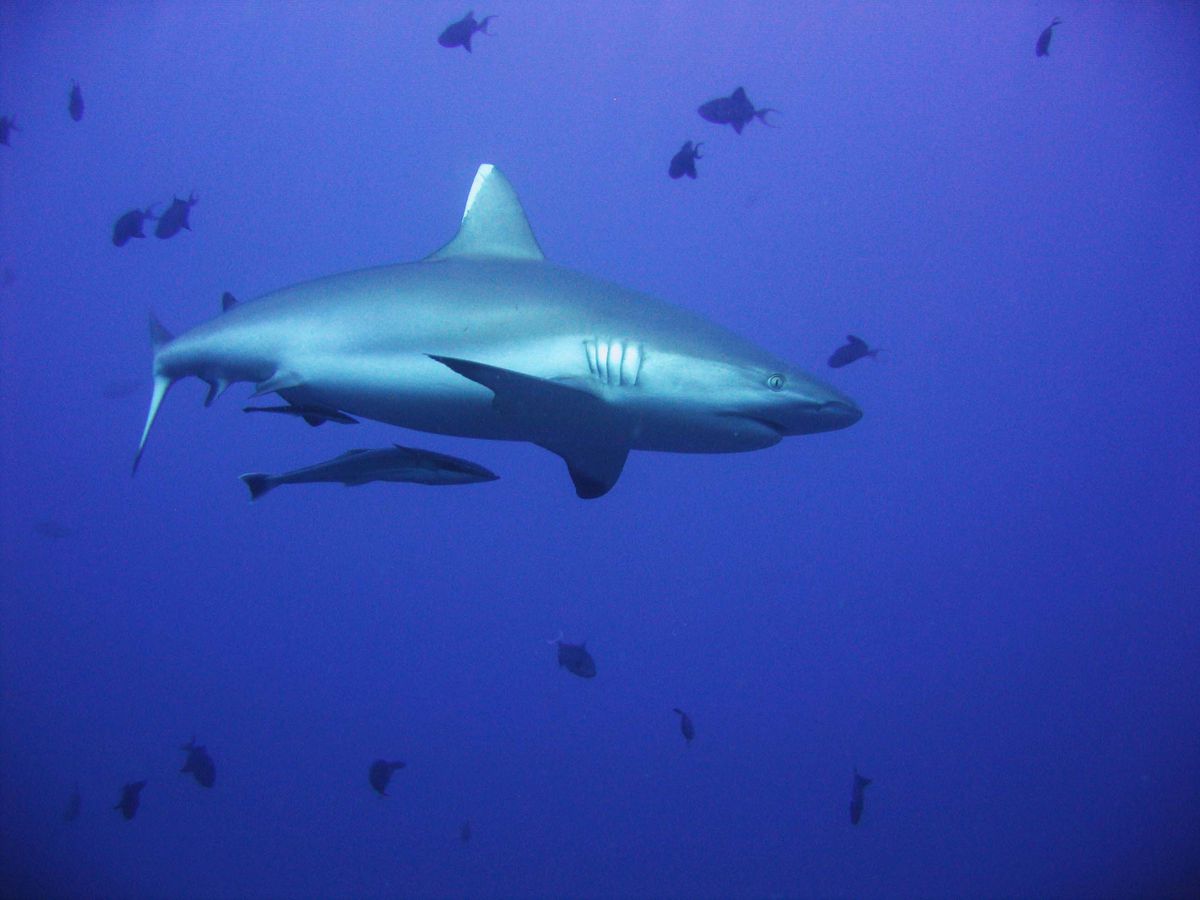 Shark Week, the Discovery Channel's annual bonanza of shark documentaries, is celebrating its 30th anniversary this week. It's the longest-running series on cable, and that longevity has given it a prime role in pop culture and public understanding of shark science. But its legacy is a mixed bag.

As a shark conservation biologist, I both love and hate Shark Week, but I watch every year. Other experts share my ambivalence. Here's what some have to say about the series' good, bad and sometimes ugly influence.

Shark Week elevates science and has inspired the next generation of marine biologists.

Science is often at the forefront of Shark Week shows, though it's regularly blended with celebrity cameos. Last year's much-hyped race between Olympian Michael Phelps and a shark – which included lots of science about shark swimming behavior – is a great example. "It's science first but mixed with entertainment to keep the audience engaged," said Scott Lewers, Discovery's executive vice president of digital media.

By giving a major platform to current researchers, Shark Week has inspired new ones. Kat Mowle, who grew up far from the ocean in the mountains of Colorado, recalls first watching when she was 8.

"I was fascinated by the beauty of sharks, and I eagerly awaited Shark Week's arrival each summer," said Mowle, a University of North Florida graduate student who studies bonnetheads. "I knew I wanted to be one of those scientists who could help people understand the beauty and importance of sharks to our oceans."

The programming also draws rare attention to individual researchers and their subjects. "The exposure of my research has given me a lot of collaborations and opportunities early in my career," said Paul Clerkin, a marine-science graduate student whose work on deep sea species has been featured. "I hope my work has generated interest about strange sharks and other deep-sea weirdies."

But there's a glaring problem with Shark Week's selection of experts. They're almost always men, even though nearly half of shark researchers are women, according to the American Elasmobranch Society. This year, in promo materials for a special featuring an unusually diverse team of scientists, a man was identified as a PhD while a woman PhD was not.

Shark Week shows often get basic facts wrong. Sometimes they parrot common myths; other times they seem to invent nonsense. When I give talks, audience members regularly ask about falsehoods they've heard on Shark Week. (No, sharks cannot smell a drop of blood a mile away.) It would not be hard for the series to hire a fact-checker.

Sometimes producers have even lied to featured scientists and misrepresented the scientists' work.

"The pitch was that they were going to shadow shark scientists and show real research on hammerheads," marine biologist Kristine Stump told me, recalling her experience appearing in "Monster Hammerhead" in 2014.

That did happen, Stump said. She and colleagues were filmed tagging and measuring sharks in the Bahamas, conducting sensory experiments and comparing spatial ecology methodologies.

But that was apparently too dull for Shark Week.

"When it aired," Stump said, "the work that we did was depicted as part of a fictitious quest to solve a mystery about a World War II-era urban legend of a giant hammerhead in Florida named 'Old Hitler.' "

Most people don't know sharks are among the most threatened animals on the planet. Shark Week shows include a 30-second conservation PSA and often discuss the threats and ways to protect sharks. Lewers told me Discovery seeks to provide "a platform to highlight the importance of conserving these beautiful and greatly needed creatures of our ocean's ecosystem."

Shark conservation organizations say those measures have helped but only to a degree. The messages haven't evolved much, and they rarely focus on concrete solutions that viewers can promote, said Sonja Fordham, president of Shark Advocates International.

Instead of focusing on curbing the fin trade, the shows could address the fact that many countries still allow "excessive or even limitless" shark fishing, Fordham suggested. Shark Week could also call attention to the most at-risk species, she said, "regardless of their perceived charisma." About half of this year's shows focus on the well-protected great white, for example, while none focuses on the 10 critically endangered sharks.

In addition, Shark Week offers weird conservation tips. In 2014, Shark Week shared an infographic that said a good way to protect sharks is to "record shark attacks." It also suggested that people "report illegal shark fishing" – an activity few viewers are likely to run across. That's not exactly useful information.

Terrifying reenactments of shark attacks are a longtime staple of Shark Week, even though such events are rare and probably make people less inclined to protect the animals.

"Shark Week is also fearmongering week," said Christopher Pepin-Neff, a lecturer at the University of Sydney who has studied public perception of the animals. "Shark Week makes sharks appear to be intentionally biting people. This drives up fear, yet if it is shown that shark bites are unintentional, public fear goes down."

In 2014, a show called "Megalodon: The Monster Shark Lives" claimed that not only is a 50-foot extinct shark is still around but scientists and the government are lying to you about it. After a backlash, Shark Week then aired a sequel that had the gall to cite criticism of the first show as evidence of a deep conspiracy.

Both shows featured CGI video of giant sharks and footage of actors pretending to be scientists and government officials. Neither mentioned they were fiction apart from vague disclaimers that followed the credits.

"I was so completely livid when that first megalodon mockumentary aired," said Christie Wilcox, a science writer and frequent Shark Week critic. "It was an absolute betrayal . . . and they didn't care – they practically boasted about a poll on their site, which showed something like three-quarters of their viewers believed megalodon was still alive after watching the show."

How to watch Shark Week.

Shark Week has improved since the "Megalodon" debacle, and it's still a huge platform for real scientists. "Shark Week wields a lot of power – it broadcasts in over 70 countries," said Melissa Cristina Márquez, a marine biologist with the Fins United Initiative who is co-hosting one special this year.

Some experts say that, despite the series' occasional alarmist and pseudoscientific nonsense, there's value in watching. "My tip for everyone out there is to support your favorite shows so we can see more of them," said Vicky Vásquez, a graduate student at the Pacific Shark Research Center at Moss Landing who's also on Shark Week this year.

Which to watch? My picks include "Shark Tank vs. Shark Week," in which the sharks from the hit show "Shark Tank" swim with real sharks and hear pitches about conservation charities. "Tiger Shark Invasion," about novel behavior in tiger sharks in the Galapagos Islands, and "SharkCam Stakeout," which uses high-tech cameras to study sharks in the Bahamas, also sound promising. "Guy Fieri's Feeding Frenzy," on shark eating behavior and Bahamian cuisine, looks worth the time.

But I'd skip "Shark vs. Bear," survivalist Bear Grylls's tips on withstanding those uncommon bites. And although it might be hard to resist the pairing of nude humans and marine predators, I'd stay away from "Naked and Afraid of Sharks." Sharks everywhere will thank you.

Shiffman is a Liber Ero postdoctoral research fellow at Simon Fraser University in British Columbia, where he studies shark conservation and management.