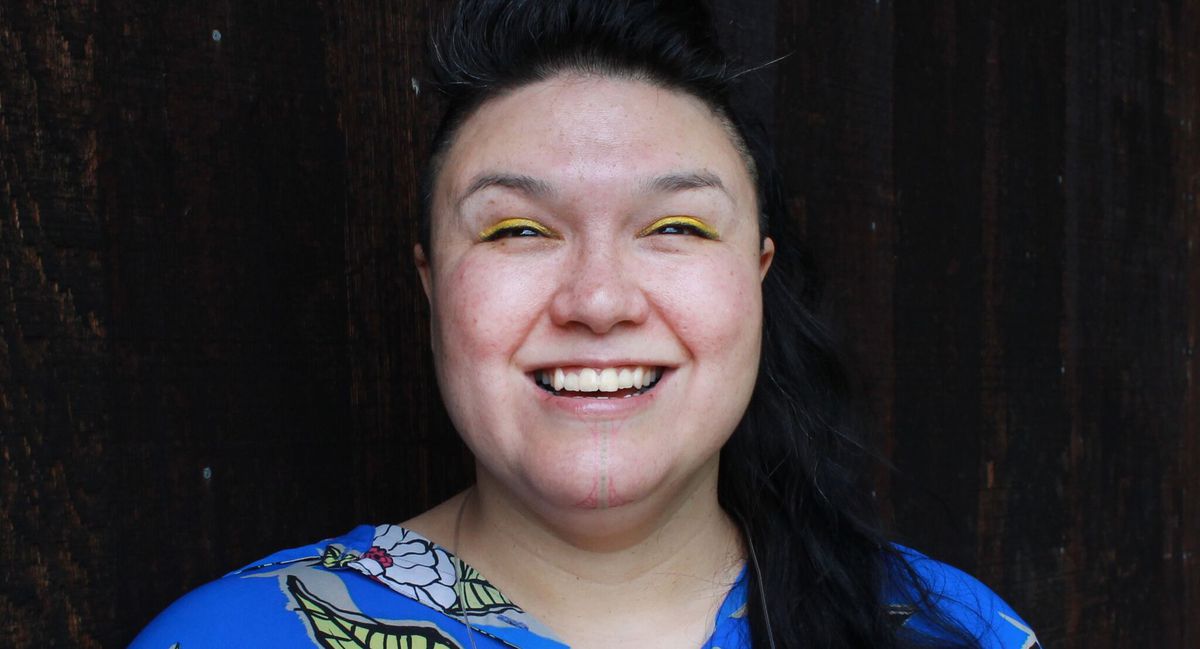 Alexis Sallee was already exposing audiences to indigenous music through INDIGEFI, the radio show she hosts which is produced locally by Koahnic Broadcast Corp.

But Sallee, an Anchorage native who is of Inupiat descent, wanted to tell the stories of the people behind the music.

With the four-part documentary "Definition of Resilience," Sallee and co-director  Tomas Karmelo Amaya follow eight indigenous hip-hop artists from throughout the United States, including two from Alaska.

"As Native filmmakers, we thought it was super important to spotlight what these people are doing," Sallee said. "We were able to go into their communities and be with the people that live there and interact with them every day and see how they are actually impacting people's lives."

Amaya, who is Yaqui, Zuni and Tarahumara, said telling the story through a Native lens was vital for both filmmakers and subjects.

"What was really key in bringing together this collaboration is a shared desire to tell Native stories from a Native perspective," he said. "Too many times we have people that are not from the Native community come into the community and extract culture, information and create projects with it. (Projects) that are funded, well-funded at times, and they are allowed to get personal benefit from it. We wanted to come in with that Native mentality and always go into situations with intentions that are very well-understood and have the purpose of creating positive impact on communities and for the self."

Initially, the project was proposed as an audio project, radio features fitting neatly alongside Sallee's other work at INDIGEFI. But soon the project expanded to film, and from short, 2- to 3-minute segments into longer films.

"Once we went on the road, they ended up being 10-minute long segments, just because there was so much beautiful stuff and so much to talk about," Sallee said. "People got really deep with us and real about things and were so willing to be open."

Hip-hop artists from Minnesota, Washington and Oklahoma are featured in the four short films.

The Alaskans featured in the film are Samuel Johns, who performs as AK Rebel, and Allison Akootchook Warden, who goes by AKU-MATU.

Warden, who is Inupiaq and from Kaktovik, talks about generational trauma and her mother's struggle to "relearn her language word-for-word" after being sent to boarding school. She talks about writing more of her songs in her native language to prompt younger generations to learn.

Johns, who is Ahtna/Gwich'in Athabascan, is an established artist in the state who was also featured in the documentary "And Now We Rise." Johns talks about how the Fairbanks Four and a trip to the Standing Rock reservation affected his recent work.

Hip-hop artist Calina Lawrence was featured from the Suquamish tribe in the Pacific Northwest, and joined the filmmakers at the Youth and Elders Conference in Anchorage earlier this month. She said the film's ability to focus on the people and identify hip-hop as a premier platform for modern Native musicians to tell their stories was its greatest achievement.

"When you add the element of the person-to-person dialogue, and you see the person in which the art is coming from, that's where you find the resilience," she said. "And we say this is true from where we're coming from. This is what we've lived through and are dealing with. These are the people who are behind not just acknowledging the truth but then what is the work that's happening behind it."

Amaya said taking a hip-hop approach to the filmmaking — being prepared to freestyle — helped them capture some of their best moments.

"The idea of the excitement and the urgency of a cipher or freestyle, we live that element by showing up to communities, sometimes very talented people aren't on certain platforms and you discover them almost like a freestyle, in the process," he said.

The filmmakers have submitted the film to the Sundance Film Festival and are trying to find it a wider audience at places like South By Southwest.

You can check out the four-part "Definition of Resilience" documentary series at indigefi.org/definition-of-resilience.