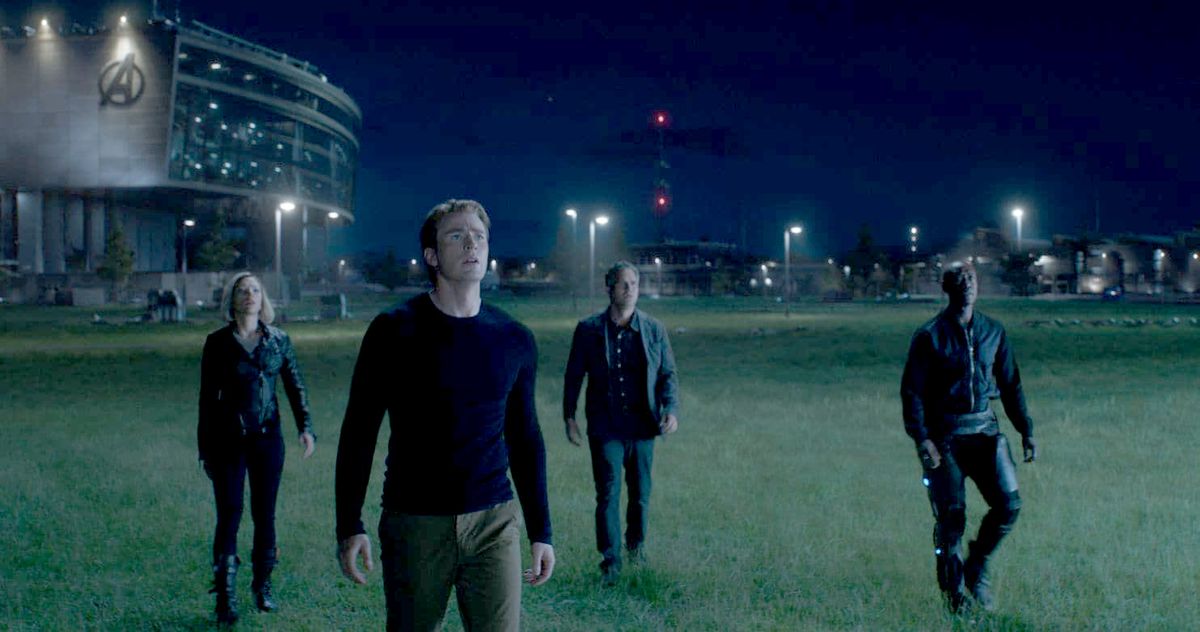 That makes the "Avengers: Endgame" footage that leaked earlier this week almost as terrible as that Thanos snap, as far as spoilers go. While they didn't respond directly to the leak, directors Joe and Anthony Russo tweeted a letter to fans Tuesday, with the hashtag #DontSpoilTheEndgame, imploring viewers not to give anything away after the movie hits theaters next week.

"Please know that the two of us, along with everyone involved in Endgame, have worked tirelessly for the last three years with the sole intention of delivering a surprising and emotionally powerful conclusion to the Infinity Saga," the Russo brothers wrote. "... Remember, Thanos still demands your silence."

Since launching the MCU more than a decade ago, Marvel has become notorious for going to extreme lengths to keep spoilers at bay, sometimes withholding significant details from actors to keep them from blabbing. The spoiler concern afflicts many plot-heavy projects of a certain stature, such as HBO's "Game of Thrones," which reportedly once filmed fake scenes to foil paparazzi circling the set. Secrecy leads to intrigue, which makes the viewing experience more attractive and, therefore, more profitable.

But "Endgame," the final installment in this era of the MCU, won't likely be affected much by the leak (especially given the spoiler-averse warnings that quickly swept the internet). Fandango reported that the movie beat a first-day presale record set by fellow Disney property "Star Wars: The Force Awakens" within just six hours, and its opening weekend is expected to rank among the most successful in history, per Fortune. Some domestic box-office estimates for opening weekend near the $280 million mark.

That would top the $257.7 million that "Avengers: Infinity War" made in its first weekend domestically, following a slightly treacherous media tour. Speaking to "Good Morning America" several months before the film's release, Mark Ruffalo, who plays Bruce Banner, let it slip that "everybody dies." Don Cheadle, who plays Rhodey from the "Iron Man" franchise, reacted with wide eyes and a tense, "Du - dude! Dude. Dude."

"Not everybody, no," Ruffalo said quickly, his voice tense with palpable fear of Marvel executives' wrath. "Can we rewind that part?" (The answer was no, apparently.)

Ruffalo had already erred before, accidentally live-streaming part of "Thor: Ragnarok" while at its Los Angeles premiere. Last October, Ruffalo stopped by "The Tonight Show Starring Jimmy Fallon" and joked about how Cheadle would no longer do interviews with him because of the "Good Morning America" incident. And when Ruffalo swung by the show again last month to promote "Endgame," he revealed that there's another castmate he can no longer do media interviews with: Tom Holland, who plays Peter Parker.

"I asked to be paired with him during the press, and they rejected that," Ruffalo said. "I didn't even get 'Holland' out. It's like, 'What about Tom Ho-,' 'No! Absolutely not.' "

Because Holland is also somewhat of a blabbermouth. At a screening of "Infinity War" last year, the actor, unaware that the audience had not yet seen the movie, jumped out and yelled, "I'm alive!" (A nod to the fact that Spider-Man was one of the characters who disintegrated after Thanos collected all the Infinity Stones and snapped.) Benedict Cumberbatch, who plays Stephen Strange, repeatedly stopped Holland from spilling other details throughout the tour. A supercut of such occurrences went viral, gaining enough traction that the Russo brothers even addressed it in an interview.

"Benedict is a great partner for him on the press tour," Joe told "Entertainment Tonight." "Because Benedict is actually very good at dancing around spoilers - and monitoring Tom Holland."

So are the directors, to an almost ridiculous extent. While promoting "Endgame" earlier this month, per IndieWire, the Russos confirmed that Holland wasn't even given a full script.

"Tom Holland gets his lines and that's it," Joe said. "He doesn't even know who he's acting opposite of. We'll just, we use like every vague term to describe to him what is happening in the scene, because he had a very difficult time keeping his mouth shut." (Holland had first mentioned this last year at an ACE Comic-Con event in Phoenix: "So I'm just standing there punching the air for 15 minutes," he reportedly said, "and when I took the job I didn't think that's what I'd be doing. I've gotten used to it now.")

Ruffalo's and Holland's loose lips have become a running joke among Avengers fans, but the studio isn't willing to take chances with anyone else, either. Not one out of five cast members - Holland; Robert Downey Jr., who plays Tony Stark; Zoe Saldana, who plays Gamora; Paul Bettany, who plays Vision; and Pom Klementieff, who plays Mantis - whom Jimmy Kimmel interviewed ahead of "Infinity War" had seen the final cut of the film before speaking to him. "We barely read the script," Saldana said. Bettany admitted that he had read a fake script twice.

Downey did get to read the full script, however, as he and Chris Evans, who played Steve Rogers for eight years, are veteran Avengers and apparently trusted the most. (Ruffalo said he got paired with Evans after his request to do media interviews with Holland was denied.) Evans confirmed last year that he will retire from playing Captain America after "Endgame," prompting rumors of the character's death. He gets asked about this quite often and, usually, masterfully deflects.

But even Captain America slips. In a recent Hollywood Reporter cover story, Evans joked that Steve dies "by Tony's hand" in "Endgame." More seriously, he said he couldn't "believe they even cut a trailer."

“Because so much of it is a visual spoiler. You’ll see. A lot of the characters have -,” he said, cutting himself off by covering his mouth. “Probably shouldn’t have even said that.”