Review: ‘Teen Spirit’ will remind you of ‘A Star Is Born’ - except it’s even better 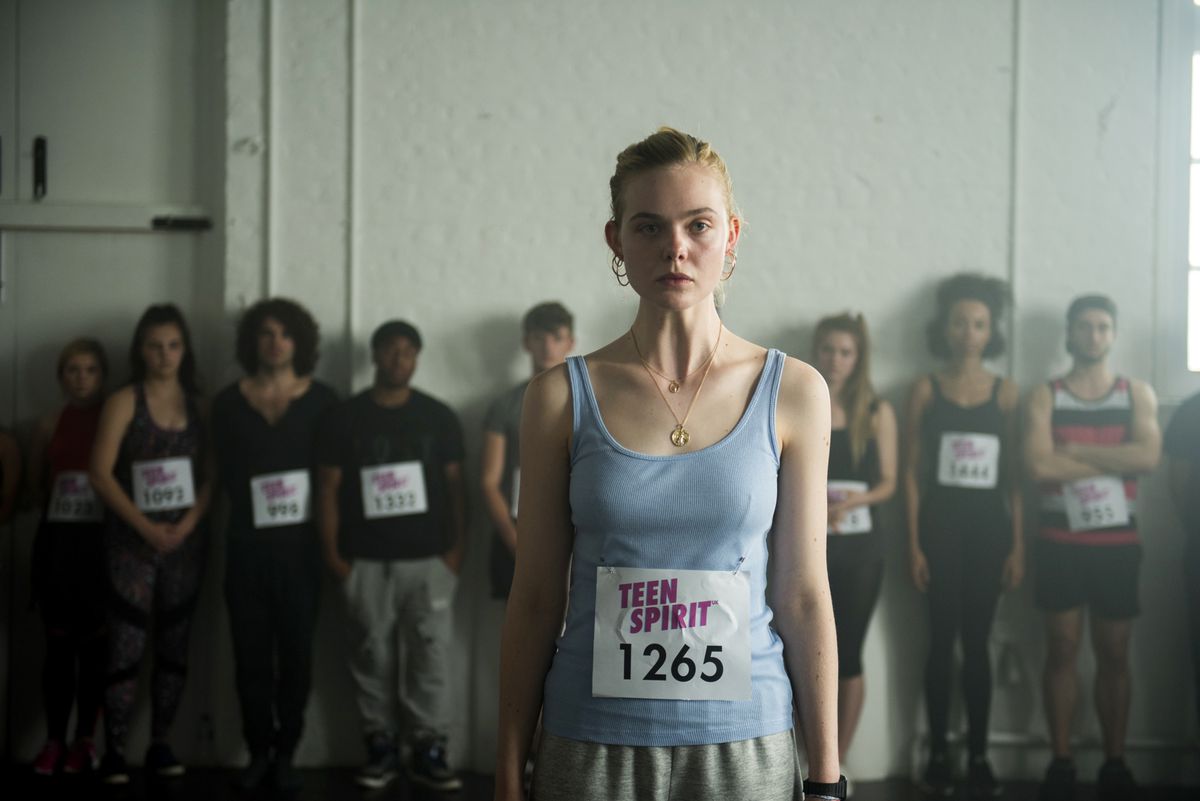 Among “A Star Is Born,” “Vox Lux” and the new movie “Her Smell,” there’s been a fair amount of cinematic poking around into the theme of pop-music stardom and its discontents. The first two films chart the rise of female rock singers; the third follows an ugly fall.

And now, there's a fourth film joining this trifecta of tales about how wrong things can go with the work of stoking the starmaker machinery behind the popular song, as Joni Mitchell once put it.

It's called "Teen Spirit," and it's arguably the best movie of the bunch.

Starring Elle Fanning, the new film is a serious departure from the other two by looking at the very beginnings of a young woman's dreams of musicmaking, and not her descent into recording-industry dissipation (which, let's face it, is a giant cliche).

The assured directorial debut of Max Minghella - an actor who also happens to be the son of the late Oscar-winning director Anthony Minghella ("The English Patient") - "Teen Spirit" tells the story of Violet Valenski (Fanning), a shy English teen living with her Polish mother (Agnieszka Grochowska) on the Isle of Wight, where she escapes from the drudgery of farm and restaurant work by singing her heart out at a seedy karaoke bar. When Violet hears about "Teen Spirit," a TV singing competition along the lines of "American Idol" and its ilk, she decides to try out.

And yes, that fairy-tale starting point is exactly as much of a cliche as everything else that so often happens to people like Violet in movies like this. (I'm looking at you, Lady Gaga.) But there's something disarmingly irresistible about Fanning, who capably sings all her own vocals (covers of hits by the likes of Robyn, Ellie Goulding and Sigrid) and whose character can't seem to believe her own good fortune - let alone that she has a great set of pipes. It's never really clear whether Violet even wants the pot of gold she's pursuing at the end of the rainbow.

Minghella, who also wrote the screenplay, has the good sense to end his movie just at the point where many others would only have been getting started: at the inflection point of stardom, not after the star has burned out. He proves himself to be a canny storyteller, with a flair for spinning a yarn that is at once slick and more than slightly eccentric, simply because the story withholds as much as it reveals.

It's not the slickness that sells "Teen Spirit" anyway, but its strangeness.

Much of that strangeness derives from Violet's relationship with her accidental mentor/manager, a dissolute former opera singer named Vlad who she meets at the karaoke bar. Where many a movie might have opted to have Violet find romance along with fame and fortune, "Teen Spirit" scrupulously avoids that trope, focusing instead on the unexpectedly tender dynamic between these two outsiders: one a deeply sad, almost alien-looking waif on the cusp of her adventure as an artist, and the other (played by the grizzled, bearlike Croatian actor Zlatko Buric) a cockeyed optimist nearing the end of his journey. If Vlad's advice to Violet is cringingly banal - "Sing from your heart," he tells her - there's something palpably real about the connection that inspires it.

Don't expect more of "Teen Spirit" than the movie can deliver: It's an unapologetically slight story about a girl with ambitions that many would call shallow. But even as it obeys the rules of the Cinderella story in many ways, it defies them in some others. At its heart, "Teen Spirit" is a story about a fairy godfather pushing 70 and a pop princess who's ambivalent about the very meaning and existence of a happily ever after.