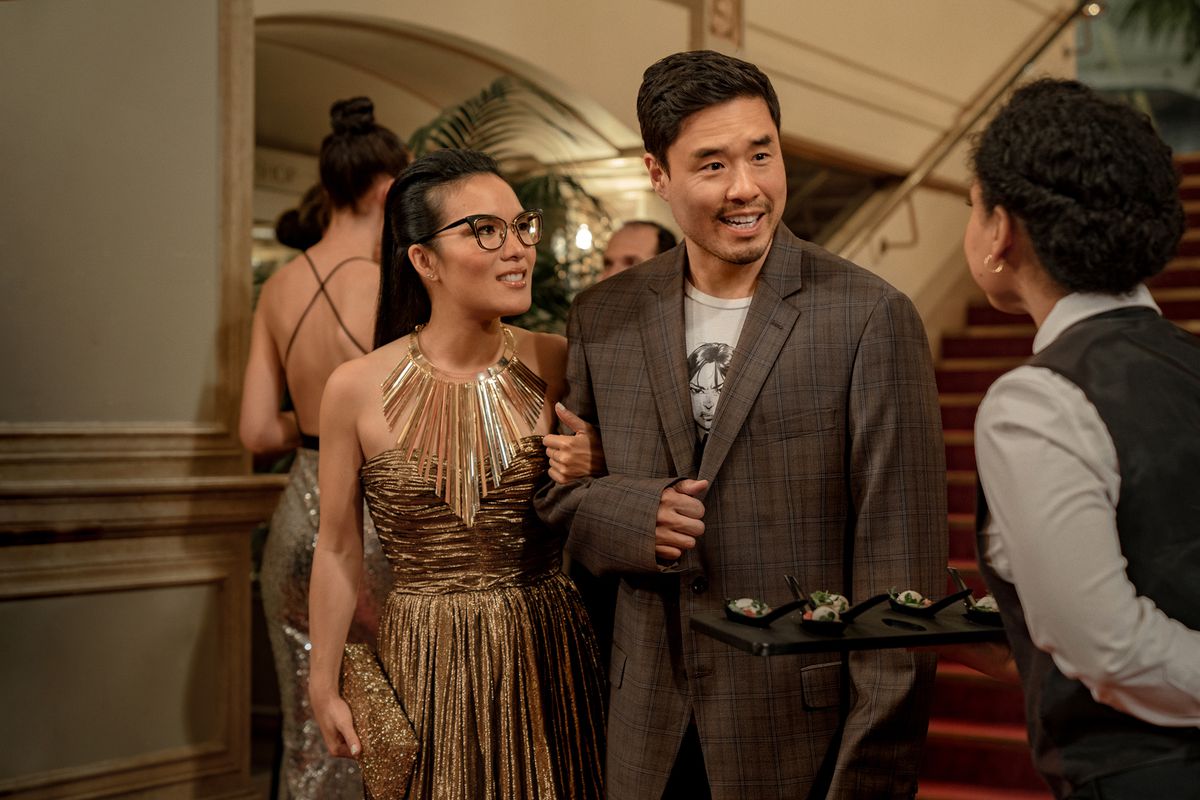 Ali Wong and Randall Park play childhood friends who reunite as adults in "Always Be My Maybe." (Ed Araquel, Netflix)

Ali Wong and Randall Park play childhood friends who reunite as adults in "Always Be My Maybe." (Ed Araquel, Netflix)

Ali Wong, star of two Netflix standup specials, “Baby Cobra” and “Hard Knock Wife,” and Randall Park (“Fresh Off the Boat”) make for a cute non-couple in “Always Be My Maybe,” a surprisingly sweet and sassy rom-com about childhood best friends - and, briefly, teenage lovers - who reconnect as mismatched 30-somethings to discover, well, what most characters do in these sorts of things.

The movie breaks no ground plotwise; its contours are as sturdy and well worn as a comfortable leather couch. But it's how it gets to where it's going that counts. Under the assured direction of Nahnatchka Khan, a sitcom producer whose résumé includes "Boat," the movie takes time to focus on the relationship as much as the gags - which are good and plentiful. Make no mistake: It's a funny movie, but one that also feels grounded in the real world, and in real behavior.

Of course, part of that world isn't one that is necessarily familiar to most of us. Wong's Sasha is a celebrity chef at a successful Vietnamese fusion restaurant in Los Angeles. She's about to open another place in San Francisco, where she grew up, and, later in the film, a third venue in New York City. She's surrounded by the wealthy and the fabulous.

The foodie humor here is as sharp as a Swiss paring knife: Sasha's pretentious fiance and manager (Daniel Dae Kim) boasts of spending "two years in the saffron fields of Kashmir with Alice Waters." A later scene takes place in a restaurant that serves, among other things, "crystallized lavender sugar bubbles." But the rest of the jokes are just as knowing, taking jabs at racial and gender stereotypes, as well as an assortment of pop-culture targets (including a well-known actor who gamely plays a hilarious caricature of himself.)

After Sasha and her fiance break up - you saw that coming, didn't you? - she uses her time in San Francisco to reestablish a friendship with her old buddy Marcus (Park), an almost pathologically unambitious musician and nerdcore rapper who still lives in his childhood home, where he works for his father's heating and air-conditioning business.

Sparks do not immediately fly.

Rather, the screenplay - which was co-written by Wong and Park, with help from Michael Golamco - settles into a relaxed groove that allows its main characters to play at what they do best: Wong, as a driven, at times demanding artiste, and Park as a charmingly unhip helpmate. (Ultimately, the line Marcus uses to win Sasha over is: "Can I hold your purse?") If they seem like an impossible love match - and, to be honest, at times they do - "Maybe" makes room for them to make a case for their connection.

It's never forced, but organic.

Riding on the success, to some degree, of last year's hit "Crazy Rich Asians," and "Fresh off the Boat," which was recently renewed for a sixth season, "Always Be My Maybe" takes a more laid-back approach to the subtext of ethnicity and assimilation than either of those projects. And its story is more about gender roles than racial identity anyway. The fact that Park is Korean American, and Wong of Chinese and Vietnamese background, is hardly the point.

What matters more is a strong, sexy woman who's comfortable being the breadwinner, and a man who isn't afraid to carry her purse. In that sense, Sasha and Marcus are, in their own way, quietly radical.