Snail mail, zombie tai chi and a Bill Murray joy ride: Making ‘The Dead Don’t Die’ was as surreal as it sounds 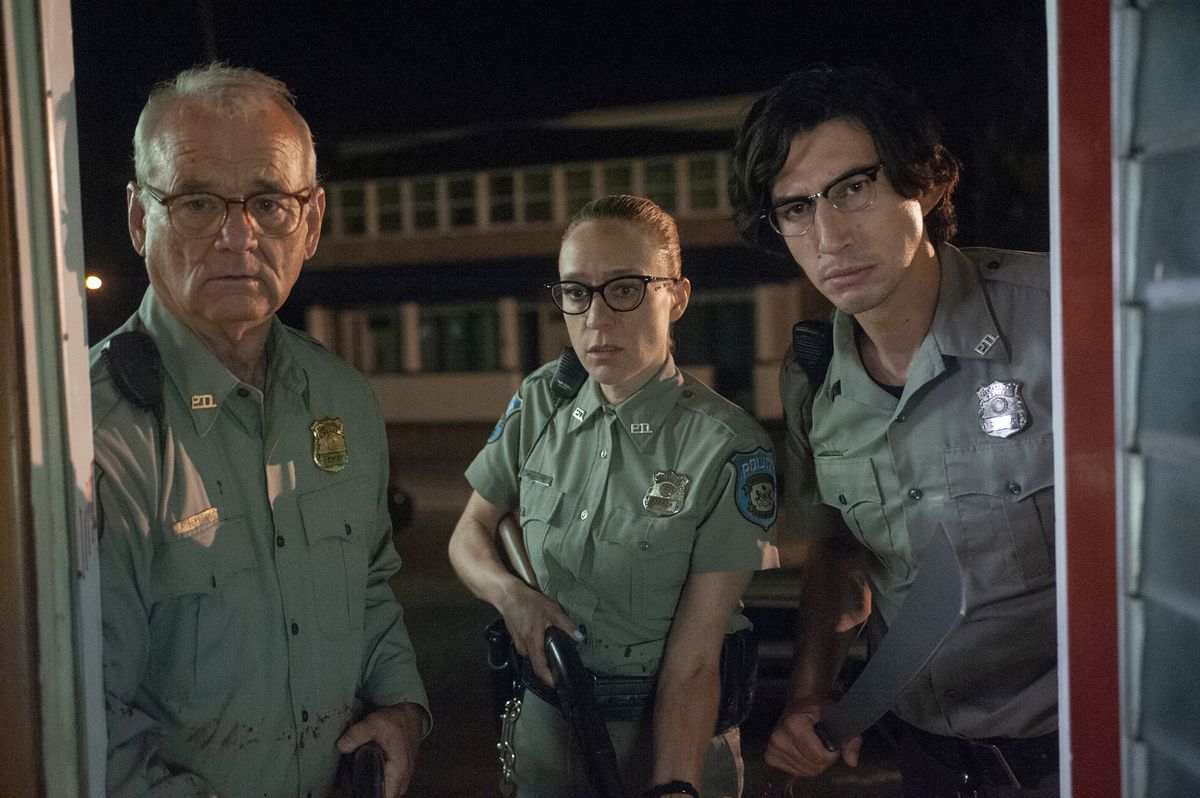 Chloë Sevigny has filled several archival boxes with the significant pieces of snail mail she has received through her life. Some boyfriends have their own boxes devoted to them, as do her various projects in film and fashion.

Inside one of the latter is a letter she received a couple of years ago from director Jim Jarmusch letting her know he had written a part for her in a zombie flick and wondering if he could send over a copy of the script. She wrote back, enthusiastically accepting the part.

"I don't think that he emails," she says, adding of the letter: "I think he likes the formal nature of it."

Bright stars and dark wit drive the film, which received middling reviews after opening the Cannes Film Festival last month. But Sevigny and Driver couldn't - and wouldn't - have resisted the chance to work with the acclaimed indie filmmaker once more. In addition to writing roles for them, Jarmusch reportedly scheduled the shoot around Driver's "Star Wars" schedule. The two men worked together on 2016′s "Paterson," and Driver says Jarmusch gave him periodic updates on "this thing where you and Bill Murray are cops and maybe it's a zombie apocalypse."

Still, both actors had some doubts. When she initially read the script, Sevigny, who worked with Jarmusch in his segment of "Ten Minutes Older" (2002) and on "Broken Flowers" (2005), could envision Driver and Murray playing their characters but didn't feel that connection with hers. She worried the squeamish Mindy Morrison "wasn't that realized" and wondered how she would make her presence felt on screen, especially considering the towering presence of her male co-stars.

"You're six-four," Sevigny says to Driver, who has joined her on this phone call. His massive form, which became a "Star Wars" meme, serves as a punchline in the film when Ronnie Peterson drives his compact Smart car around town. Driver insists to Sevigny that he is closer to 6-foot-3, or maybe a mere 6-foot-2, but confirms Murray is around the same height.

"Well, I'm five-eight," she says. "I'm no shrimp. But between the two of you, I was very nervous going into this."

Mindy might seem more helpless than the bold, strong-willed characters Sevigny has generally chosen, whimpering and emoting while Ronnie and the town's police chief, Cliff Robertson (Murray), maintain a deadpan typical of Jarmusch's characters. ("You know, this isn't going to end well" becomes Ronnie's refrain from the onset of the town's zombification, which has been triggered by "polar fracking" that has knocked the Earth off its axis.) But Sevigny eventually connected with her character by recognizing similarities between her mother's desire for "everything to be happy" all the time and the tenderness with which Mindy looks to the people around her for reassurance.

With the exception of the town's sword-wielding mortician (Tilda Swinton), Ronnie is the least fazed by the gruesome happenings. After he and Cliff discover a pair of mutilated bodies at the local diner, he quickly deduces that they are the work of "zombies, ghouls, the undead." Driver deems Ronnie's approach to killing zombies "very clinical," as seen when he stoically holds up a certain pop star's severed head.

"I hope it's funny to watch someone react with math as opposed to emotion," Driver says. "Like when he chops off people's heads ... it's emotionless. You have to do that so that they don't turn into zombies."

Like other Jarmusch films, "The Dead Don't Die," which runs just over 100 minutes, makes a point of defying its genre's expectations. Instead of just hankering for brains, the zombies (Iggy Pop, Carol Kane and others) yearn for the petty obsessions of their past lives: "Xaaanax," one creature moans; "WiiiFiii," cries another. There's also an environmental theme at work here. Sevigny notes that such issues "weigh on Jim's soul."

Jarmusch's meta dialogue creates a distance between the viewers and his characters, perhaps to further elucidate how passively we've allowed the world to fall apart. (The youngest of the town's residents, kids at a juvenile detention center, are the only ones who express great concern about the planet: "They're the people who are outside social constructs and the norm," Sevigny says.) Cliff and Ronnie's conversations highlight their apathetic acceptance of the doom that awaits us all. At one point, Driver-as-Ronnie breaks the fourth wall, explaining to Cliff that he knows it will end badly for them because "Jim gave me the whole script."

Despite the film's cynicism, Driver and Sevigny suggest that making it was a hoot. Driver laughs while recalling a particularly funny video Jarmusch sent him of actors in zombie makeup doing tai chi in a graveyard: "People were taking a break and somehow, someone started leading tai chi moves," he says. "There were a lot of surreal moments."

But of the four weeks they spent together in Fleischmanns, New York, a village about 140 miles outside of New York City, the best time has become an anecdote Driver says he and Sevigny will tell anyone who'll listen: "The joyride with Bill Murray." The story essentially amounts to Murray driving a police car off set without telling any producers ahead of time, with Driver and Sevigny in tow - "being kidnapped," she says - all three of them still dressed in their characters' police uniforms.

"That was the one big thing that's kind of out of the ordinary, when an actor just takes off in a car," Sevigny says. She pauses. "I mean, it makes sense. It's Bill Murray."

Asked whom he had looked forward to working with the most, Driver immediately names Danny Glover, whose character owns a hardware store in town. Sevigny says she was most excited to work with Swinton and Driver, who refuses to believe her. "I'm not just saying that!" she exclaims. "It's true."

And then there's Jarmusch, of course. Driver praises the director for creating such an "egoless, playful and unpretentious" set for the cast and crew. "It's the best environment you can ask for, where everyone is great around you, everyone has a great work ethic and no one is planning on being anywhere else."

“I just like being around the guy,” Sevigny adds. “If I can help him get his movies made, I will.”