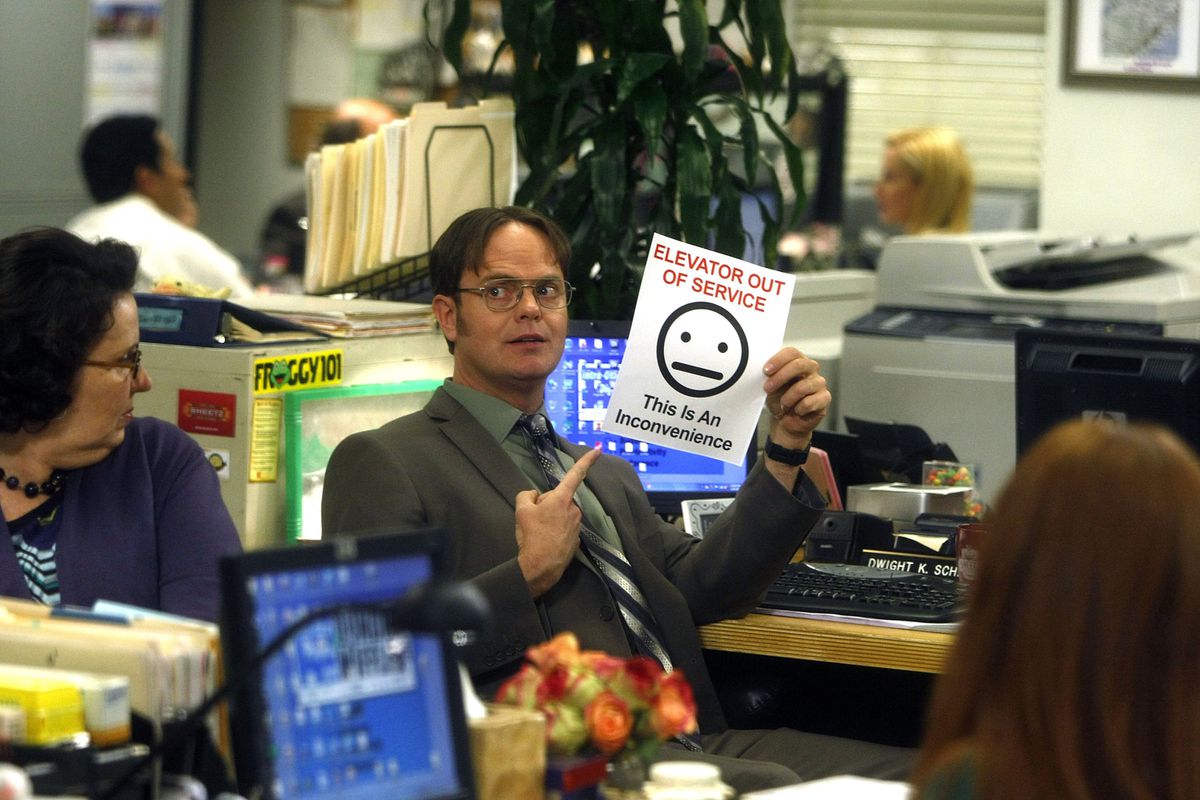 It was noisier than any prank Jim ever pulled on Dwight.

On Tuesday, NBC Universal said it would not renew its licensing deal with Netflix for reruns of "The Office." The company would forgo an annual payment of $90 million instead to bring all episodes inside the NBC Universal tent when the current deal expires in January 2021.

In fact, NBC Universal will pay $100 million each year, for five years, to its sister unit Universal Television for that right, essentially paying itself for the rights. Then it would make those episodes available on its own planned streaming service.

The news wasn't unexpected, but it was a decisive sign of two hallmarks of the media business in 2019: Legacy companies are going to have to make some tough economic choices, and soon consumers will, too.

This is the era of content. If it wasn't already evident from Hollywood executives noting it on every earnings call, it's apparent every time you open Netflix and are smacked with seemingly endless viewing options.

That part is clear. How that content should be sold - and, critically for consumers, where it can be bought - is as convoluted as a Dunder Mifflin staff meeting.

Media firms sitting on popular shows must make a choice. As one executive put it in a conversation this week, they must decide between "monetization" and "utilization" - whether to license the content to a distributor for a big check or hold on to it and sell it to consumers themselves.

It's a gambler's dilemma. Cash out or double down? Take the money or play the long game? On one hand, revenue is important, especially to a Wall Street that demands quarterly returns. On the other hand, strategy is important, too (including to Wall Street). As the advertising model gives way to a subscription model, companies will thrive by having a robust subscription service. And you can't do that if you've sold all your best shows to Netflix.

Each firm has to make its own decision about which path to choose. Broadly speaking, three scenarios are plausible.

Disney has already decided to unwind many of its streaming deals so it can beef up its own Disney+. WarnerMedia has renewed one of its most popular shows, "Friends," on Netflix but only for a year, like a short-term contract in the NBA (and about as secure). In this scenario, the trend continues and intensifies. Large media companies take every show they ever produced and yank them back from Netflix, either buying out the deal or not renewing it.

The effects snowball. A whole raft of mid-level streaming services crowd the landscape, all run by and branded with legacy names. As a consumer, it's relatively simple where to find stuff: You just have to pay each company separately to get it. Meanwhile, Netflix becomes a much thinner service and possibly a weaker company - old TV series are some of its most popular offerings.

In such a scenario, the lines between each company are clear: You want a show, you have to buy from its producer. But entertainment choices also become hyper-fragmented - and expensive.

“The Office” is basically a one-off

Despite all the hype, most companies don't pull back their shows from most services - the money is simply too good. Even NBC decides to be sparing and deliberate with the shows it moves in-house.

CBS provides a model. The network does a lot of business with Netflix and seems, for the moment, not to be in a rush to upend it. (It has its own streaming service, CBS All Access, but that primarily offers its original shows and live feeds of the network.)

According to this scenario, the situation stays largely as it's been. Sure, you might need to subscribe to a company's given service for a few popular shows. But it's not the norm, and you can continue paying the same monthly fees to Netflix and maybe Disney+ and get nearly all you need.

On what basis do companies make these decisions? Based on a show's perceived power to attract subscribers, or a company's revenue needs for the fiscal year, or any of a dozen factors that don't lead to a consistent across-the-board approach. As a result, any given show at any given moment could be on Netflix or it could be on its company's own service. Only its stars would know where to find it - and maybe not even them.

Consumers would have trouble finding what they're looking for, resulting in frustration, canceled subscriptions and the ultimate in 21st-century expression: social-media lamentation. It is, in a phrase, streaming chaos.

Unfortunately, this seems like the most probable scenario. Companies will attempt to have a hybrid hodgepodge. After all, revenue and long-term strategy are both important to entertainment firms.

"Nobody with a legacy business to protect is going all-in on streaming - they're simply too scared," Wall Street analyst Rich Greenfield of BTIG said in an interview. "They want to play in the old world to keep revenue and profit, and play in the new world and appease Wall Street."

Consumer clarity? It's a lot further down the list.

There's another consequence in this scenario. As the investor Lloyd Greif put it in an email to The Washington Post, with companies pulling back, it's possible Netflix - or even Apple or another service - comes by content in a different way: buying companies that already own shows, particularly free-standing ones that are unlikely to launch services, such as Lionsgate or Sony.

"I think this new direct-to-consumer media arms race will also set off a new wave of consolidation," Greif said. "No shortage of targets with content, and content's the name of the game here."

So even more confusion.

There's a reason "The Office" is so coveted in this era: It's the kind of show that, with some basic character information, you can pick up and laugh at anytime. You don't need a heavy time investment to know what came before; just know the basic dynamics, and any situation is funny, whether you've seen it a hundred times or not at all. The show is the kind of endlessly re-runnable content that perfectly suits a distracted and on-demand world. It's streaming-service gold.

This also explains the appeal of "Friends," and why Netflix and WarnerMedia valuate it so highly. The same is true for crime procedurals such as "Criminal Minds," which is also believed to be a hot Netflix property. You can drop in anywhere, anytime and enjoy it.

Networks that have these shows are sitting on great resources. The problem is, they're not sure what to do with them. And it could well soon be that consumers won't know what was done with them.

In other words, nobody panic, even though there’s plenty of reason to panic. Michael Scott couldn’t have said it better himself.

Steven Zeitchik covers the business of entertainment for The Washington Post, examining the industry’s trends, challenges, issues and ideas. Before joining The Post, he covered entertainment for the Los Angeles Times for eight years. He also did reporting tours for The Times in places including Ukraine, Egypt, Germany and the Bill Cosby trial.