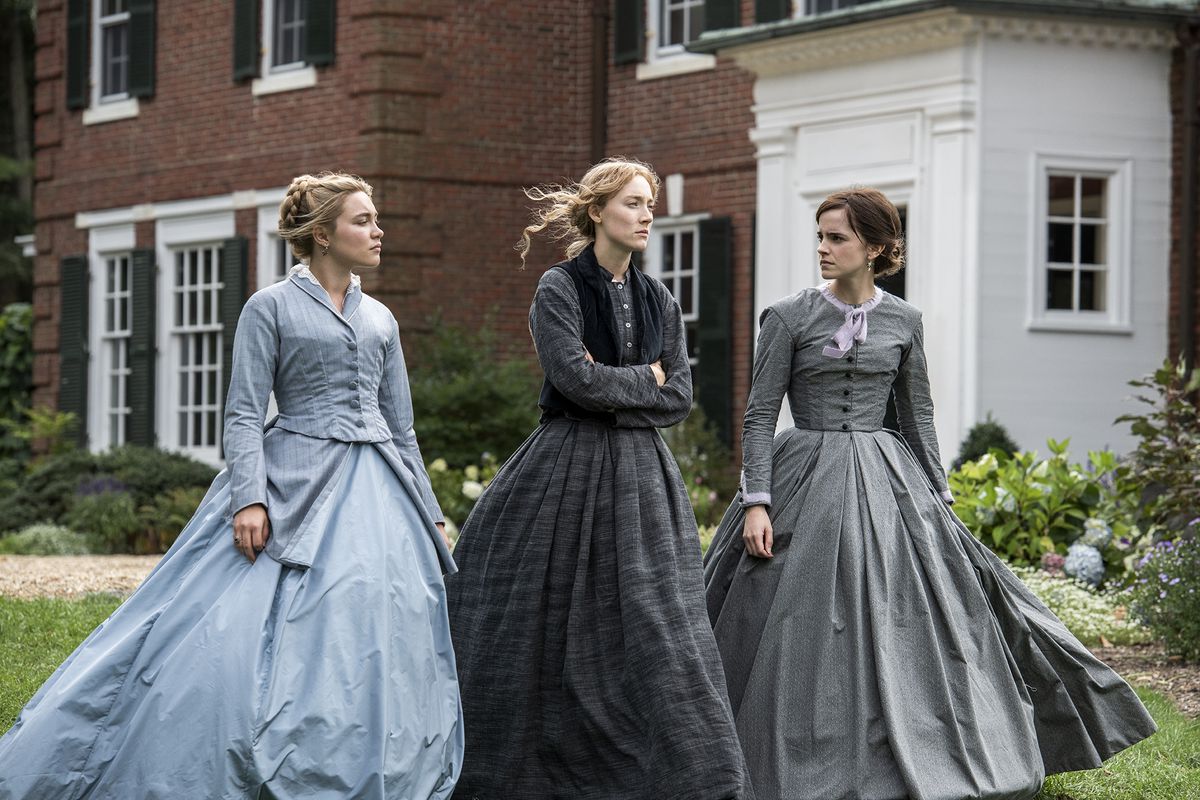 It is a truth universally acknowledged that every generation needs its own film version of “Little Women,” and why not.

Louisa May Alcott’s novel of sisters wanting to do it for themselves has been so cherished and so inspirational for so long that even publicity for a 1918 silent version refers to “the book that for 40 years has been read and loved the world over.”

Now, more than a century later — after being translated into 55 languages and influencing everyone from Simone de Beauvoir to Elena Ferrante — it’s only natural that, the presence of admirable versions from 1933, 1949 and 1994 notwithstanding, there’s an appetite for a “Little Women” that speaks directly to the specific concerns of this time and place.

As written and directed by Greta Gerwig and starring a transcendent Saoirse Ronan, that seventh and latest big-screen version is here and it’s a pip, with its strong, unmistakable message and even stronger emotions reinforcing each other to splendid effect.

Though dealing at its very core with questions of equality — with still-timely concerns about the economic difficulty women face in living independent lives — the key to the appeal of this “Little Women” is its remarkable emotional accessibility, its vibrant picture of four girls alternately blessed and frustrated by the closeness of sisterhood.

More than anything, this is a film in love with its characters’ passions, a rich and effortlessly vibrant examination of the four March “little women” (so called by their father) and the ways, at least initially, they’re practically bursting with the innocent it’s-happening-right-now joy of being young and alive.

One significant way, however, that Gerwig’s “Little Women” intentionally departs from its predecessors is in its nonchronological approach. Rather than begin, as the novel does, with the sisters as girls, the film starts seven years after those youthful events, with the protagonists as women in their 20s, before flashing back to childhood and then moving back and forth between the two periods.

Because we initially see these characters grappling with difficulties in their adult lives, it adds pointed poignancy to the happy childhoods we see later, flashbacks to the time when they thought, and we did too, that they could do anything. The way the world makes it hard for even gifted and intrepid women to succeed is one of the points Gerwig is very much making.

Melding key dialogue from Alcott (whose novel was inspired by her own family) as well as lines from her correspondence and even taking ideas from the way the author lived her life, Gerwig has crafted a script bursting with drama and incident.

Not only have she and casting directors Francine Maisler and Kathy Driscoll-Mohler made exceptionally good choices for her stars, but Gerwig has intentionally written and directed the dialogue to enhance its musicality, to enable the characters to jointly inhabit their performances in a way that raises the spirits of every scene.

An important element, and also contributing to the film’s light-on-its-feet quality, is the luminous, graceful cinematography of France’s Yorick Le Saux. And Jess Gonchor’s beautifully detailed yet lived-in interiors, especially the March residence, fulfill the production designer’s hope that “we wanted everybody leaving the theater to want to live in that house.”

Introduced first, and feelingly played by Ronan, is Jo, the closest of the four sisters to the author herself, shown in silhouette. She’s steeling herself to enter the office of the Weekly Volcano publication and hand editor Mr. Dashwood (Tracy Letts, who is having a moment with this and “Ford v Ferrari”) a story she’s written. As the key generator of income for her family, she is desperate to sell.

Thrice Oscar-nominated, the last time for the marvelous “Lady Bird,” Gerwig’s directing debut, Ronan is an actor whose gift for naturalness and empathy are no surprise. But she surpasses even herself as Jo, a whirlwind combination of eagerness, intelligence, uncertainty and determination who steals our hearts from frame one and has no intention of letting go.

Jo is living in a boarding house in Manhattan in the late 1860s, tutoring the proprietor’s children and catching the hesitant attention of the scholarly Friedrich Bhaer (French heartthrob Louis Garrel, of all people).

Meanwhile, Amy (Florence Pugh), a determined art student, is in Paris with her Aunt March (Meryl Streep, channeling Maggie Smith’s dowager countess). The youngest March sister is taking painting lessons and absorbing advice from her cranky benefactor (“I may not be right but I am never wrong”) about the near-impossibility of women making their own way in the world.

It’s in Paris that Amy runs into the effervescent Laurie (an effective Timothée Chalamet), a family friend from her Concord, Mass., childhood, who, we soon find out, has proposed to Jo and been turned down.

Then there is Meg (Emma Watson), married with two children back in Concord and poor as a church mouse, looking enviously at a piece of fabric too rich for her budget. And of course ethereal, piano-playing Beth (Eliza Scanlen of HBO’s “Sharp Objects”), her health still as fragile as ever.

Given all this, it’s somewhat of a shock to go back seven years earlier to what feels like a carefree 1862 childhood. Yes, the girls’ beloved father (Bob Odenkirk) is off fighting for the Union in the Civil War, but the girls have their wonderful Marmee (a luminous Laura Dern) and their closeness to each other to fall back on.

Though the 1994 “Little Women” used two different actresses for the self-involved Amy, Pugh (a knockout in 2016’s “Lady Macbeth” and soon to be seen in Marvel’s “Black Widow”) has found a convincingly spirited way to play both ages and give this character a fighting chance to gain our sympathy.

A turning point in the March family’s lives comes when they meet not only Mr. Laurence (Chris Cooper), the wealthy man who lives next door, but also his grandson Laurie, who becomes a fast friend to all, and Laurie’s steadfast tutor John Brooke (James Norton).

Once the girls’ childhood is established, the back-and-forth of “Little Women” draws us in as the quartet become increasingly concerned with how to pursue their creative dreams and still be solvent.

Involving as all the March women are, it is inevitably Jo’s story that moves us most. Achingly conflicted, she is uninterested in marriage but has moments when she is not so sure. “I’m so sick of people saying love is all a women is fit for,” she says fiercely at one point before almost involuntarily adding a heartbreaking “but I’m so lonely.”

As writer-director, Gerwig has found a way to have it both ways in this “Little Women,” constructing an ending that marries the commercial pressures of writing a novel with the realities of Alcott’s life and the pleasure she clearly took in being a successful author. It’s a very of-the-moment conclusion, and by the time we get there we wouldn’t have it any other way.