Let’s make it rain for Starz’s ‘P-Valley,’ an evocative and entertaining series about a Southern strip club 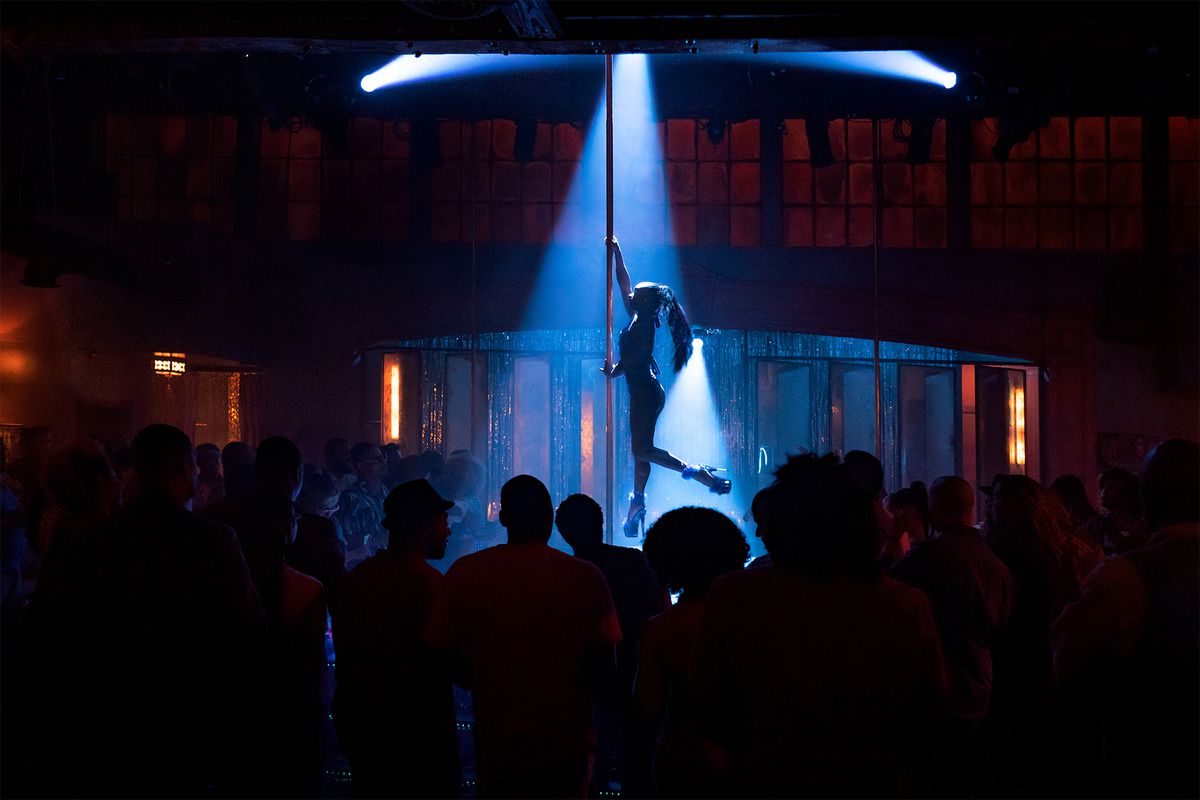 Chucalissa is the fictional Mississippi Delta town at the center of Katori Hall’s richly textured and engagingly soapy new Starz drama “P-Valley.” The area is more colloquially known as P-Valley because of its strippers, who work at a run-down, flickering-neon club called Pynk.

Hall, an award-winning Memphis playwright who wrote the book for last year's Broadway musical about Tina Turner, has based this series on a play she wrote that originally spelled out what that "P" stands for. Some network caution, I suppose, has prevailed here and shortened the title - perhaps not so different from the Chucalissa ordinance that keeps the women at Pynk from going topless while they perform in the club. That restriction keeps "P-Valley" (premiering Sunday) from becoming an excuse for some viewers to only ogle; one of the most striking aspects of the series is how it elevates pole-dancing to a feminist feat of artistry and athleticism. It's hard work in a place where employment options are few.

"P-Valley" achieves that rarest of balancing acts: It is a thoughtful immersion into an overlooked culture and community - in this case, the economically strapped, predominantly black "Dirty South" of broken dreams, gospel truths and palpable prejudices. The show excels at both tawdry entertainment and meaningful moments of character study - a reminder that premium cable can toggle between romp and reflection, recalling the better, earlier seasons of HBO's "True Blood," and the stylistic intent of films such as Craig Brewer's "Hustle & Flow" and Steven Soderbergh's "Magic Mike."

The show begins in the aftermath of Hurricane Drake, which flooded the Houston area and provided a means of escape for a desperate woman who calls herself Autumn (Elarica Johnson). She uses a found ID and lost luggage to get herself to Chucalissa, where she wins an amateur-night dance competition at Pynk, and is soon hired by the club's dominating, genderfluid owner, Uncle Clifford (Nicco Annan).

Autumn's beauty and natural ability impresses the other women of Pynk, except for Mercedes (Brandee Evans), the club's main attraction, who is saving her "stacks" (one stack equals a thousand bucks, if I am correctly absorbing all the many things "P-Valley" is trying to teach me) to leave Pynk and fulfill her dream of opening a storefront dance school for majorettes.

Story lines abound here, focusing first on the shady deals behind plans to build a big casino on the river bluff (which will of course require the closing and demolition of Pynk) and the mysterious past that is slowly catching up to Autumn. There’s are also subplots about Mercedes’s heir apparent on the pole, Miss Mississippi (Shannon Thornton) and her abusive husband; and the rise of a local rapper, Lil’ Murda (J. Alphonse Nicholson), whose bravado masks a bigger secret.

The ensemble cast does impressive work overall, but the show really hangs on two terrifically layered performances from Evans and Annan, as Mercedes and Clifford. Her fierce determination to retire as a pole dancer vexes the boss who sees her as one of his finest creations; they both lead with tough swagger, but are each also struggling with emotional insecurities and the economic precipice that defines their world.

Besides a fair warning for its frank content, a viewer should also meet "P-Valley" exactly where it is, particularly when the second episode (out of a total of eight) seems to stumble a bit as the show settles in and delivers on its promise.

"P-Valley" succeeds the way any good, new show does - it has a vision of what it wants to be (and what it wants to say, if perhaps subtextually) and then ferociously sets about bringing that vision to light. A viewer is never confused about tone or intent; it's a sexy, quick-paced drama with a just enough tricks up its ... well, there aren't a lot of sleeves seen here, but the surprises are what really keeps the show bouncing along.

Now that I've duly praised it, let's talk about a related matter. We are in the grips of a profound social shift, brought about and sustained by the Black Lives Matter movement and protests of the past several weeks. In this world of reckonings, both the makers and consumers of popular culture are taking a good, long look at what work gets promoted - who produces it and whose stories get told. "Hamilton" is the summer's streaming equivalent of a box-office hit; booksellers can't keep enough anti-racism books in stock to meet the new demand.

Television has a long way to go before it can truly call itself diverse and equitable, but neither has the industry been entirely remiss over the past decade. Creators such as Kenya Barris, Lena Waithe, Tyler Perry, Shonda Rhimes, Lee Daniels, Issa Rae, Ava DuVernay and Donald Glover have worked very hard to show all of us the way. Critics, too, I think, have done our part to make sure these shows get the fair assessment and helpful buzz they deserve. Sometimes this works out for the best, as broad audiences discover and enjoy shows such as HBO's "Insecure," FX's "Atlanta" and ABC's "Blackish" and its spinoffs.

Other times, it's easy to get the sense that we are still separate American cultures watching separate TV shows, each of us looking for some comforting recognition of our own sense of identity. This is true across a number of obvious dichotomies (old and young; conservative and liberal; queer and straight; religious and nonbeliever; and perhaps the biggest TV divide of all, male and female) and it can be heartbreaking, as a critic, to know that people choose the familiar over the surprising. It's in that spirit that I ask viewers to give "P-Valley" a look, with an open mind, if for no other reason that it might take you to a place you otherwise might never go.

Yes, a strip club - “a shake junt” as they say. You should be grown enough to enter, and to soon realize that a story about human behavior as confident as this one is its own reward.