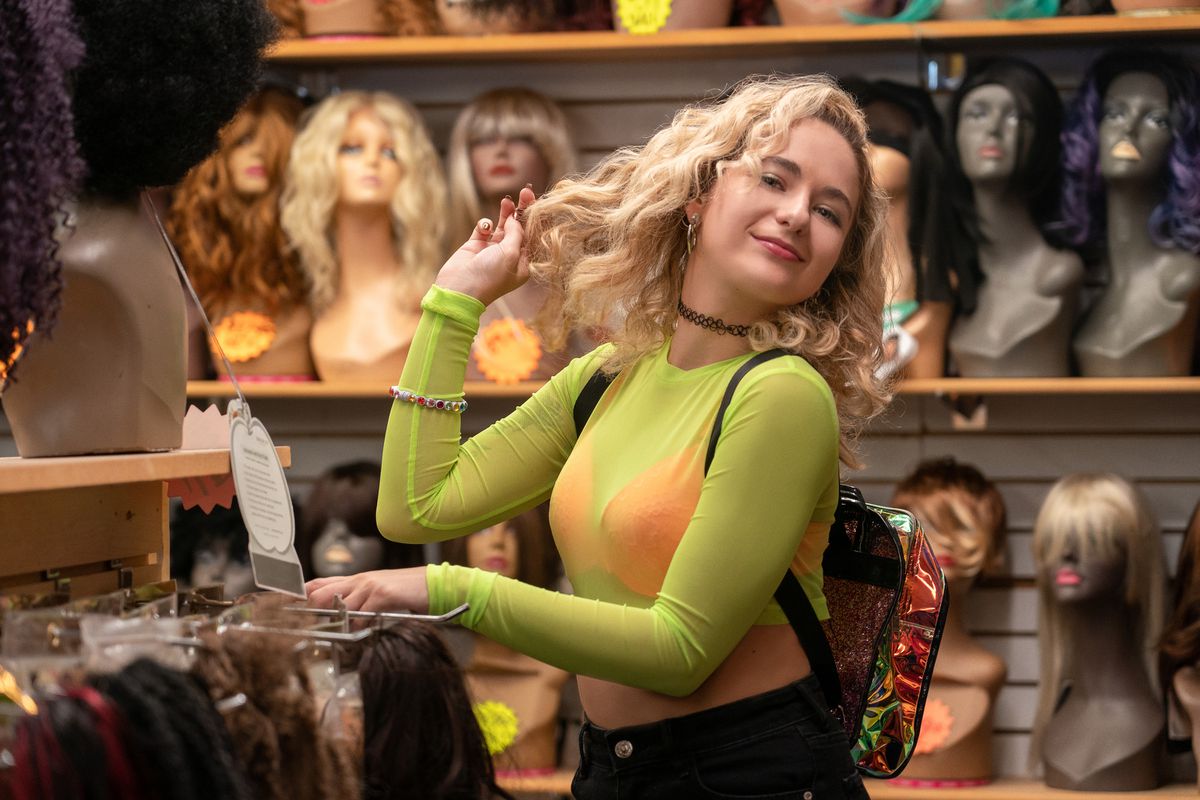 Skyler Joy as Gidget on "P-Valley." (Photo courtesy of Starz)

Skyler Joy as Gidget on "P-Valley." (Photo courtesy of Starz)

Growing up, Skyler Joy would save the allowance she got from cleaning her dad’s Ketchikan office to pay for professional headshots. At 10, she would Google casting directors, sending emails saying she wanted to work with them. Joy had known she wanted to be an actress since she was 5. Seeing her brother in Ketchikan’s local production of “Annie” was the defining moment, she said.

“I just remember seeing him, he had, like, literally one line in the whole show,” Joy said. “But when he said his line, my mom says I stood up and was like, ‘I want to be on stage. I want to do that.’”

Joy moved from Ketchikan to Florida after graduating high school early at 16. From there, she moved to Atlanta to begin her acting carer when she was 18. She now lives in Los Angeles and has landed a series regular role on Starz’s newest original series, “P-Valley,” which premiered Sunday.

The show was adapted from a play by creator Katori Hall and takes place in the Mississippi Delta at a strip club called Pynk. It follows the complicated storylines of the club’s dancers, shedding light on a culture not often seen in mainstream television, Joy said.

“I think these women deserve to have a voice, and I think that it’s long overdue,” she said. “And more than that, I think it shows the Mississippi culture, the Southern culture, that we don’t get to see that often.”

Joy plays dancer Gidget, who is best friends with the club’s main star, Mercedes. An “incredible athlete,” Gidget sees pole dancing as a competitive sport and has big dreams of leaving town to compete, Joy said, though her character too often puts other responsibilities and worries in front of those dreams. The show is packed with powerful female characters, and Joy said Gidget’s fearless drive to be herself really resonated with her.

“She’s so unapologetic about everything she does,” Joy said. “She is who she is, and I definitely look up to her for that.”

[Let’s make it rain for Starz’s ‘P-Valley,’ an evocative and entertaining series about a Southern strip club]

Since the show is focused on dancers, Joy said she had to build the strength to pole dance both physically and mentally.

“It was very empowering. I always struggled since I was younger, feeling sexy and being like, ‘It’s OK to feel pretty and sexy, do pole fitness stuff,’ whatever it was,” she said. “And being able to play a role like Gidget in that atmosphere was almost therapeutic for me.”

Joy has a stunt double for the more advanced tricks. Still, she went through five-hour-long rehearsals to learn and practice moves like climbing the pole. Pole dancing takes an “incredible amount of strength” she said.

The first eight episodes were directed by women, Joy said, and while the show centers around a strip club, the shots are tastefully done. The emphasis of the show is on the athleticism of pole dancing and how hard the characters work to make a living.

Joy said coming from a small town like Ketchikan to win a part on “P-Valley” has been a surreal experience. And she’s not the only Alaskan to make it on big time television. Britney Young, from Eagle River, plays the role of professional wrestler Carmen Wade on the Netflix series “GLOW,” which is now in its third season.

Joy hopes other Alaskans from small towns do not let the remoteness of their upbringing stop them from pursuing their goals.

“If they’re out there chasing a dream — I know that’s cliche, but it’s so true — you can do it,” she said. “Don’t let anybody else tell you otherwise.”

“P-Valley” is available on the Starz network with new episodes airing every Sunday at 7 p.m.

Note: This article was updated to clarify that Britney Young is from Eagle River.