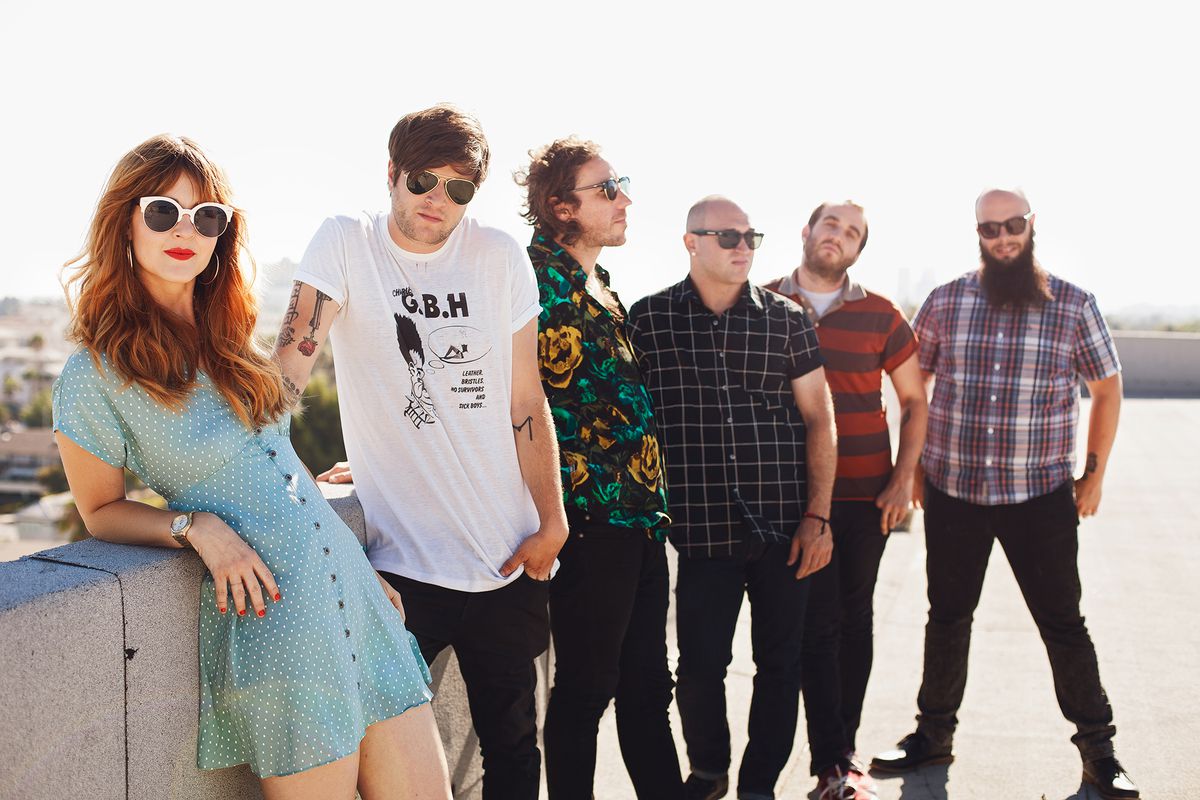 The Mowgli’s will return to Alaska this week for a show at Williwaw. (Photo courtesy the band)

The Mowgli’s will return to Alaska this week for a show at Williwaw. (Photo courtesy the band)

Most of the members of The Mowgli's met while growing up together in the Los Angeles area, but it wasn't until college that the group coalesced around the upbeat sound that would become the six-piece band's trademark.

"California kind of has a style and a vibe and our music encapsulates that in some way. It's got a sunniness to it," said Katie Earl, one of the lead vocalists. "We definitely have a goal to make people feel less alone and ideally inject a little positivity out into the world."

The band — whose name was inspired by a friend's dog named after Mowgli, from "The Jungle Book" — channels pop, garage rock and indie folk with a dash of boy band flair. But Earl said they're resistant to much in the way of genre descriptors.

"I think genre is kind of dead — I could throw six words at you right now. Pop, rock, I really don't know. I think genres are molding together. Whatever the listener feels like it is, is what it is to me," Earl said.

The Mowgli's music follows the pop traditions of the Beach Boys and One Direction with a hint of the indie garage rock sound of Fidlar and Weezer. With a little electronic keyboard, anthem-like lyrics and get-up-and-dance beats, their sound is like a background soundtrack to a late-night summer beach party.

The band's latest album — "Where'd Your Weekend Go?" — was released in September and keeps with the same simple energetic pop/rock sound.

"A lot of the band grew up on the Beatles. Some of the band listens to punk, emo, rap, R&B. We all just have a lot of different influences," Earl said.

The Mowgli's website notes that "I'm Good" was written for an anti-bullying campaign and "Room For All Of Us" was created in support of the International Rescue Committee.

"We definitely make music and write lyrics to make people feel a little less alone and a little better about themselves, because we think the world can be a better place with a little more positivity," Earl said.