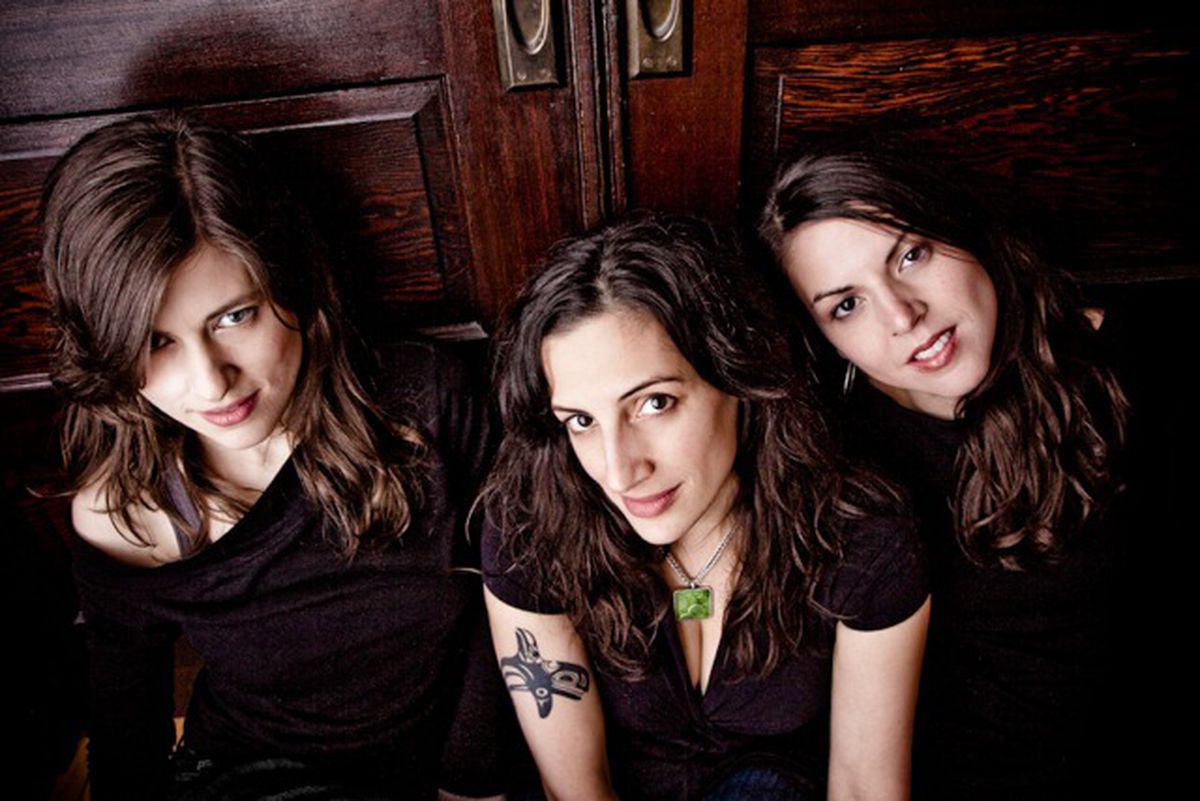 The Wailin’ Jennys will perform in Palmer, Fairbanks, Anchorage and Valdez this week.

The Wailin’ Jennys will perform in Palmer, Fairbanks, Anchorage and Valdez this week.

By most estimations, the Wailin' Jennys were at the top of their game.

Their 2011 album, "Bright Morning Stars," was a critical success and won a Juno award for "Roots & Traditional Album of the Year."

But despite the opportunity to catapult their careers with the quick release of a subsequent album and barrage of touring, the Canadian folk trio did just the opposite.

While they've toured sparingly in the last seven years, there was no follow-up album and certainly no rush to capitalize on their success.

Family took center stage for the three women in the group, along with an acknowledgment that the long-term health of band and band members would be better off by following a less frantic path.

"Our agent wasn't very happy," said Nicky Mehta, who co-founded the group in 2002 with Ruth Moody and Cara Luft. "Every time we've taken a hiatus, he's said 'You can't do it now. You're at the peak.' But we knew it was better to do this and save the sanity of the band members."

All three band members are now mothers (Heather Masse replaced Luft a few years after the group formed) and Mehta said that the members have focused on finding balance between families, the band and other various musical side projects.

"We've been together for 16 years," she said. "We've allowed each other to do other projects and have kids. Ideally we would have liked to put out an album before this. We've had plans for another original album and a holiday album. We'd love to do more but we know our limitations and we know what we'd like to do with the rest of our lives. We made those decisions knowing there was a chance we'd be harming our careers."

So after six years without recording new material, the band released "Fifteen" late last year. The album of covers is a celebration of the group's 15 years together and an opportunity for the band's fans to fall back in love with their trademark lush harmonies and intimate arrangements.

The album contains some songs they've played for years in live shows and some favorites that various members always wanted to bring into the fold.

"We've had a lot of people ask us to do a cover album," Mehta said. "We've been doing the Hank Williams song ("Weary Blues From Waitin'") for a long time. "Boulder to Birmingham" (by Harris), Ruth has wanted to do for a long time. That song in particular meant a lot to her for a long time. The main prerequisite, it has to do it for all three of us."

The group was almost literally thrown together in 2002 for a show at a Winnipeg guitar shop called Sled Dog Music.

Their name, proposed by the owner of the guitar shop, was a play on country music star Waylon Jennings. The name stuck, and so did the band, with Mehta on guitar, Moody on banjo and guitar and now with Masse on bass.

But the band's distinct three-part harmonies were the key to developing a signature sound. And with the band members all in different cities, it's the key to re-establishing that sound, Mehta said.

"The majority of the album we had to arrange over the web which was really challenging," she said. "There's no way to sing a three-part harmony over the internet. As far as the arranging harmonies and getting those on track, it's like riding a bicycle."

Although the break between albums was a cause for concern, Mehta said the band's fans have come back in full force, and in some cases, they've attracted a new generation of listeners.

"Every time we come back our audience grows," Mehta said. "We ask at concerts for a show of hands and we're finding a third of the people have seen us before and two-thirds haven't. There are now some kids that are 15 years old that have been listening to us since they were babies. We've noticed a lot of conversations on our social media and there's a lot of word of mouth."

In recent years, the band has raised money for the National Alliance of Mental Illness while touring. The four-show run through Alaska will be no different, with the Jennys planning to raffle off merchandise to benefit the cause.

"We feel it's important to do community based stuff and volunteering," Mehta said. "But a lot of it is impossible to do while we're on the road. How can we actually incorporate this into touring" Which organization means a lot to all of us? That seemed like the perfect fit. It's an amazing organization and is dependent on donations. We all know or have in our families people who have suffered with mental illness. The mental health system is so underfunded and our audiences are so generous and amazing."

7:30 p.m. at Hering Auditorium in Fairbanks

Tickets: $20 for adult; $10 for students, seniors and military