A little electro-pop, a little outlaw country: Jared & the Mill is back in Alaska 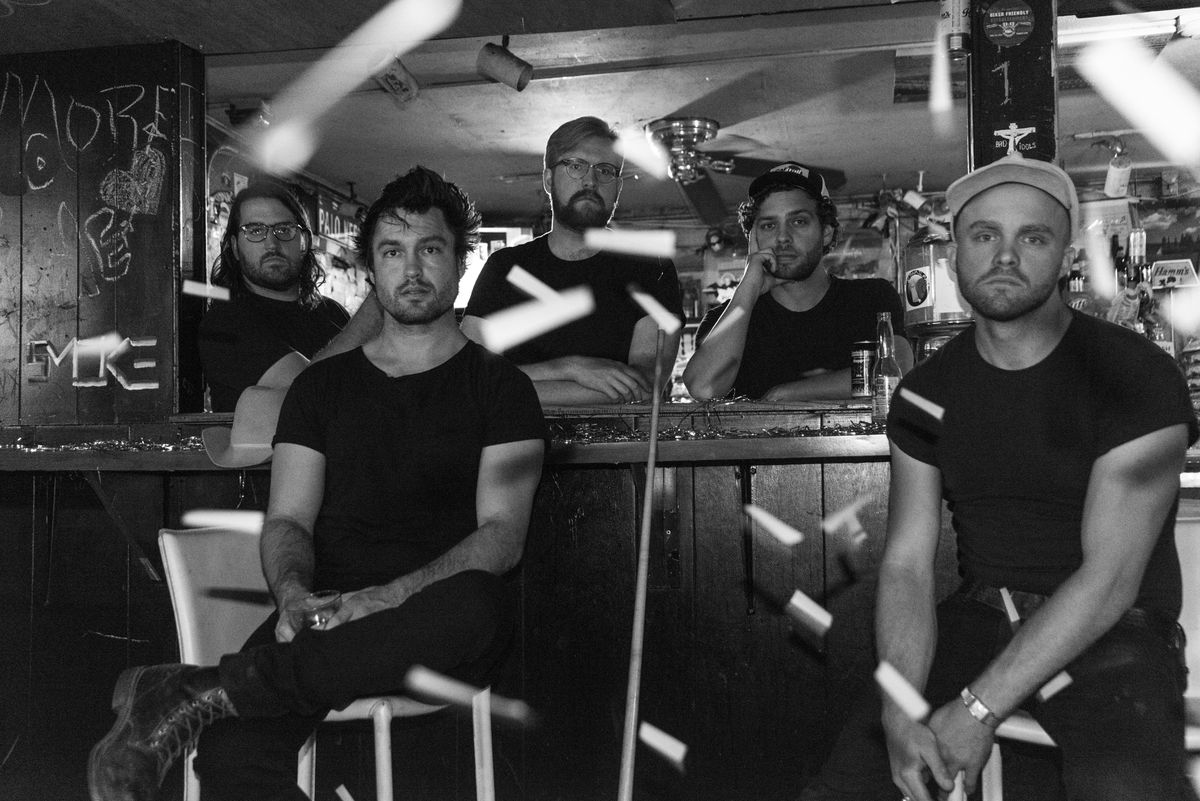 Jared & the Mill will be live at Alice’s Champagne Palace in Homer on Friday, May 3 at 8 p.m. and at Williwaw in Anchorage on Saturday, May 4, at 8 p.m. (Cole Cameron)

Jared & the Mill will be live at Alice’s Champagne Palace in Homer on Friday, May 3 at 8 p.m. and at Williwaw in Anchorage on Saturday, May 4, at 8 p.m. (Cole Cameron)

Jared Kolesar is no stranger to being on the road.

He and his bandmates of Jared & the Mill — an indie-rock band with southwest roots — have been playing together for seven years on tour anywhere between seven to nine months out of any given year.

Kolesar says his bandmates — Michael Carter, Larry Gast III, Chuck Morriss III and Josh Morin — have been his constant while on the road. They met while attending Arizona State University and always keep one another in good spirits.

The band, who was in Alaska to perform at Williwaw in 2016 at Humpy’s 22nd anniversary weekend, is currently two months into their tour for their most recent album, “This Story is No Longer Available,” which debuted in February.

A child of the ’90s, Kolesar says he “grew up on everything” — from punk and hip hop to classic rock and metal. Last month, Jared & the Mill released a cover of Billie Eilish’s song, “When the Party’s Over,” which was featured in a story by Billboard, and has previously covered tracks like Lorde’s “Royals,” but their style varies far from electro-pop.

“A common thread between me and all the guys — being from Arizona, we spent a lot of time growing up listening to Western music and outlaw country,” said Kolesar. “That’s kind of why I think we play in that direction.”

While the album is a hefty 16 tracks, nine of the songs were released over 2018 and into early 2019, like “Soul in Mind” and “Dark Highways.” The LP features three skits, including “Monica Voicemail” and “Jared & the Mill Sucks,” which Kolesar says keep the album light.

“I think this is the record that we’re definitely most proud of up to date,” said Kolesar. “This is the first time we’ve released something and feel 100 percent confident about what we are putting out there, and it’s a really good feeling.”

The first two months of the tour have been spent in the south and up the East Coast; Kolesar is eager to spend the second half in a more familiar region.

“We are seeing our fan bases grow all over the place, it’s been really, really special,” said Kolesar.

You can see Jared & the Mill live at Alice’s Champagne Palace in Homer on Friday, May 3 at 8 p.m. and at Williwaw in Anchorage on Saturday, May 4 at 8 p.m. Tickets can be purchased here.

Correction: An earlier version of this article incorrectly reported when Jared & the Mill were playing in Homer and Anchorage.