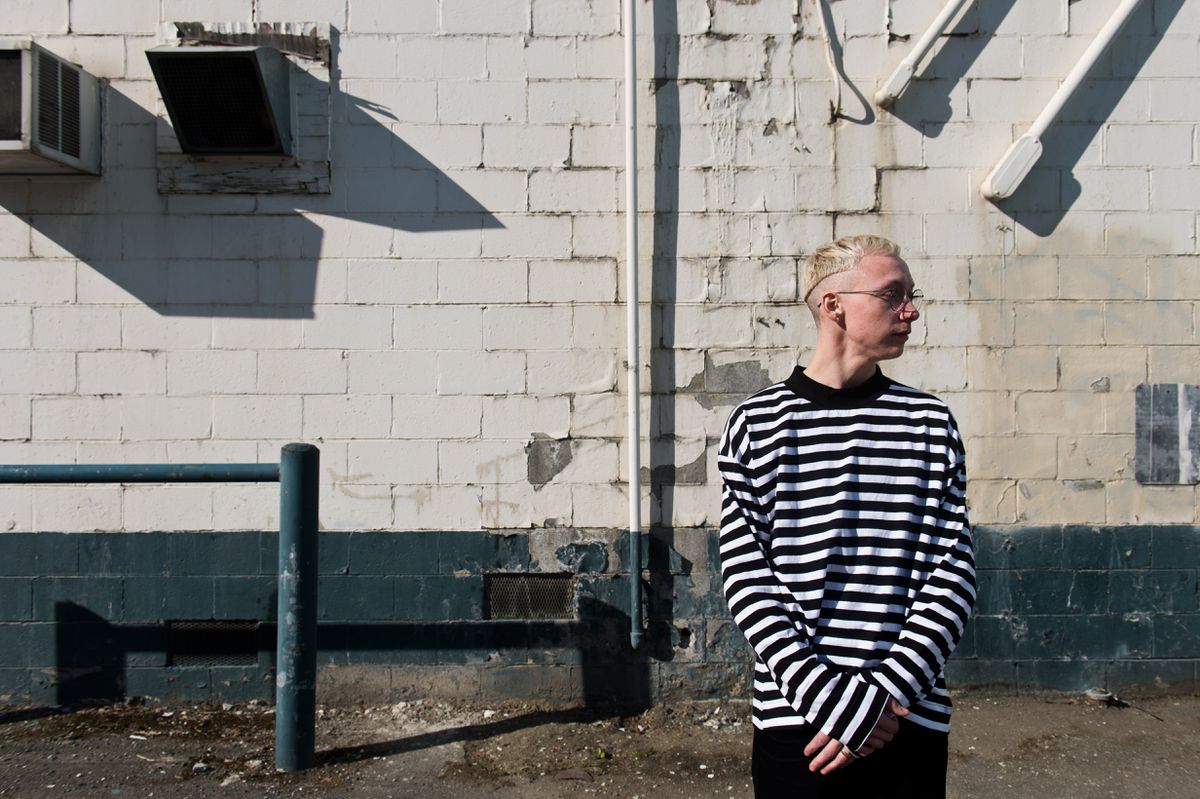 Quinn Christopherson, a singer-songwriter in Anchorage who is Athabascan and transgender, has won NPR’s Tiny Desk Contest — a nationwide competition that invites musicians to submit a video of one of their songs.

“Quinn’s entry astounded our judge panel from start to finish. His powerful song ‘Erase Me’ is a nuanced take on his experience as a transgender man coming to terms with the power of his voice. Standing in front of a majestic painting of Mt. Denali, Quinn and his bandmate, Nick Carpenter, created their own work of art,” wrote Bob Boilen, host of “All Songs Considered,” in an announcement posted Wednesday morning.

The 26-year-old’s song was selected from a field of 6,000 contest entries. As the winner, Christopherson will be featured in a Tiny Desk Concert at NPR Music and will tour the U.S. with NPR and Blue Microphones.

Christopherson began his transition in 2017. For years, he said, he didn’t sound the way he wanted to, and for the longest time, he wasn’t sure why. After he came into his new voice, his music started to match the artist he wanted to be.

“I didn’t like myself before. I didn’t expect for music to evolve like that … music has changed for me in the most positive way,” said Christopherson.

“I would say this last year and a half I’ve finally started making music and sounding the way I think is OK, and I like it,” said Christopherson. “This is all new for me; it’s been a long time coming.”

In “Erase Me," Christopherson sings about becoming a “passing” transgender man, a privilege he never had before.

“Nobody interrupts me / nobody second-guesses my opinions / and nobody tells me that I can’t do it / I got so used to pulling the short stick,” he sings.

“Erase Me” was shot in the Anchorage Museum by Dmitry Surnin and directed by Emma Sheffer. Wearing a baby blue polyester suit, Christopherson is joined by Carpenter, of the Anchorage band Medium Build.

Christopherson credits Carpenter for pushing him to do more.

“My music wouldn't be where it is today if it wasn’t for him,” said Christopherson.

In the video, Carpenter and Christopherson perform in front of the famous, massive Sydney Laurence painting “Mount McKinley” — made in 1929 and measuring more than 7 feet by 13 feet.

“Honestly, I kind of wanted to reclaim that, this white person painting Denali,” said Christopherson. “I am indigenous, so it’s important for me to be visible and take things back sometimes. Sometimes, you gotta do that.”

This isn’t Christopherson’s first time submitting to Tiny Desk — NPR featured him on “All Songs Considered” last year for his song “Mary Alee,” a tribute to his late grandmother. The music video was filmed in the middle of winter by Sheffer — Christopherson’s partner — on the ice at Westchester Lagoon in Anchorage. In it, Christopherson sings and plays guitar while sitting on a burnt-orange recliner chair he and Sheffer found at a thrift shop.

“I submitted to Tiny Desk last year, and that was kind of right when I was stepping into who I am, but I was still a folk singer, right? It’s so bizarre — but it’s not a bad thing,” said Christopherson. “For me, it wasn’t working.”

When Christopherson sings “Erase Me” for a crowd, he says, he’s representing a community that isn’t in front of a microphone very often. He says representation of indigenous people in pop culture is bleak, so he makes himself visible. Often, he performs in his kuspuk.

He said that telling stories through his music is the only way he knows how.

“Growing up, telling stories, listening to stories, that is such a big part in our culture — so when you listen to my music, all I do is tell stories. That’s not on purpose; that’s all I know. I have come to terms with any time (that) I get in front of a crowd, you’re going to learn a little bit, and that’s OK.”

Christopherson’s music is available on Spotify, iTunes and YouTube.