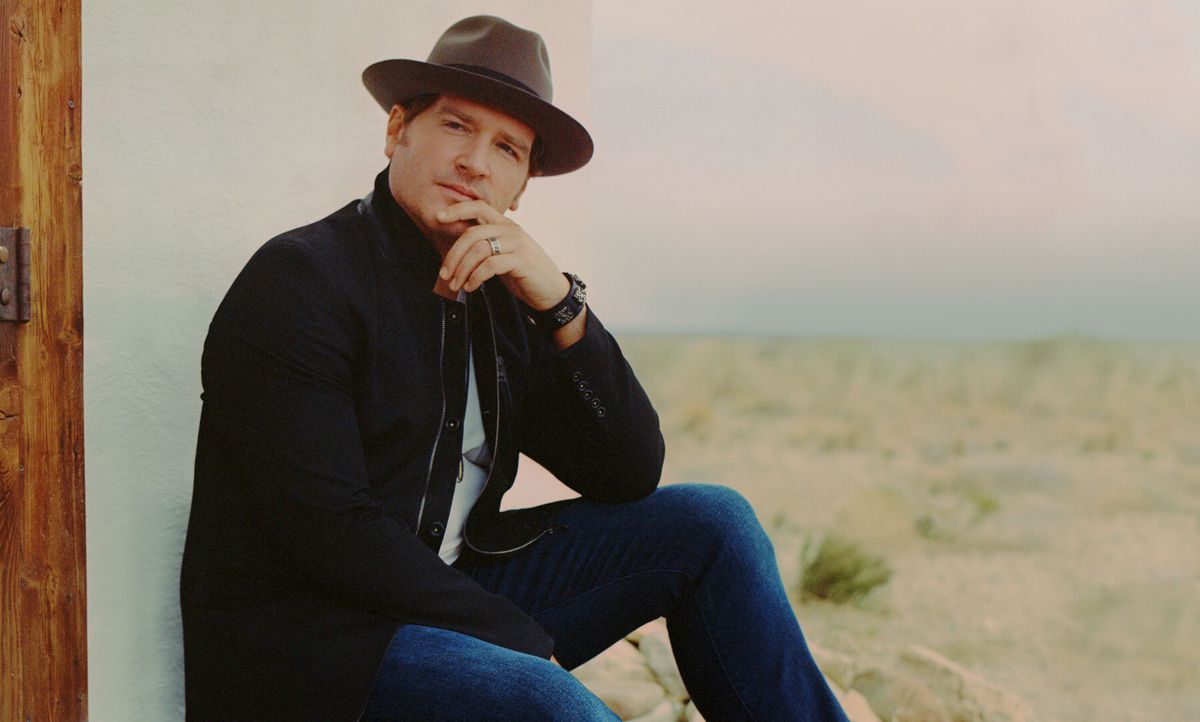 It was Mother’s Day weekend in 2001, and Niemann was driving his mom to the Nashville airport after a visit when his phone rang with the caller ID blocked.

“I’d just got out of college so I really did think it was a collection agency or someone you’re avoiding,” Niemann said over the phone during a break from working on a new song in his Nashville basement. “But I answered it and it was Garth and I got starstruck. I started swerving and my mom is like, ‘What are you doing?’ I said, ‘It’s Garth Brooks on the phone.’ She said, ‘Well, honey, pull over. You’re going to kill us.’”

Niemann, a bartender at Chili’s at the time, took his mom’s advice and quickly connected with the country legend over growing up in the same part of the Midwest, with Niemann from Kansas and Brooks from Tulsa, Oklahoma.

He would eventually team up with Brooks on “Good Ride Cowboy,” the chart-topping 2005 tribute to the late country pioneer Chris LeDoux.

Since then, Niemann has become a platinum-selling artist with No. 1 hits “Lover, Lover” and “Drink to That All Night” among a slew of other top 40 songs after his first major label release, “Judge Jerrod and the Hung Jury,” debuted at No. 1 on the Billboard Country charts in 2010.

Niemann, who has also written songs for Blake Shelton, Lee Brice, Diamond Rio and Mark Chestnut, among others, has become a fixture of summer in Alaska. After playing the Backyard Country BBQ for several years, he is back for a four-show sprint through the state starting at Everett’s in Wasilla on July 17 with Ken Peltier and fellow Nashville singer-songwriters Brian Davis and Jon Stone.

Niemann will also play a free show at Joint Base Elmendorf-Richardson on July 18. Since 2016, Niemann has showed his support of the military by playing several USO tours, performing for thousands of troops in 13 countries.

Niemann will go from JBER to the Creekbend in Hope on July 19 and will wrap up in Kodiak on July 20.

Niemann said local promoter Brad Erickson, who is putting on the Wasilla and Kodiak shows, didn’t tell him about the JBER concert until it was booked.

Not that Erickson had to ask.

“We’ve had this conversation a lot about both of our support for the military,” Niemann said. “So he knew that would be a treat and a cool surprise so he set it up. It’s awesome.”

‘I still pinch myself’

That fateful Mother’s Day phone call came after Richie Brown, a friend of Niemann’s from college and a fellow songwriter, ran into Garth Brooks in town and, ignoring Nashville etiquette, asked what it would take to write for him.

Brooks told Brown to drop off some songs and “‘if it’s something I can use you’ll hear from me.’”

Brown and Niemann stayed up all night, wrote 15 songs and left them at Brooks’ office. Then came that first call from Brooks and an agonizing wait for another one.

He was taking an order at Chili’s when the phone rang again with the caller ID blocked. Niemann didn’t hesitate to answer this time.

“I said, ‘sorry, I think this might be Garth Brooks,’ which was bizarre to say to anybody,” Niemann said.

“I ran into the kitchen and he asked if I could come over Sunday. I said yeah, went back to the table and they said, ‘I don’t care if it’s Elvis Presley. I’m hungry.’”

Soon after, Niemann found himself in Brooks’ kitchen writing songs. A few years later, he got another phone call asking if he and Brown could come to Brooks’ home in Oklahoma the next day.

“He told us it was a Chris LeDoux tribute song and I freaked out,” Niemann said. “I excused myself to the restroom and I was praying, ‘Lord, please if I ever contribute to anything in my life, please don’t let me let him down on this.’”

The song was a smash -- at the time it was the highest debut position for a country single in history.

“I’d trade that song in a heartbeat to have (LeDoux) back,” Niemann said. “It was a special song to write and sing on with a group of people, and have my first No. 1 with him. I still pinch myself every day.”

Niemann has been refining his style since he started writing songs at 8 years old. He said he didn’t recall writing those early songs until high school graduation when his parents gave him the dated lyric sheets.

“Of course they weren’t any hits and they were kind of a little demented,” he laughed. “The first one I wrote about my sister was called ‘Amy’s Butt Looks Like a Hat.’ It even has a little animation I was drawing for it.”

He described his recording sessions as “organized chaos” where he might try to pick up a new sound by dragging a drum stick over a set of blinds and veering from traditional country ballads to fun-loving party romps depending on his mood.

Lately he’s been rediscovering his voice after a divorce finalized in December ended a 10-year relationship.

“I really let music back in,” he said. “Not that I shut it out, but I did get to a point where I remember coming downstairs to write something and didn’t realize it at the time, but I wasn’t happy or sad and didn’t have anything to say.

“Now it’s like a new coat of paint on life and I’m really starting to have that feeling again.”

‘The song just started falling out’

For years at every show, Niemann would thank the military. Then he began to realize he could do more than that.

“People started coming up to me after shows, people who’d served or were serving, and they’d say, ‘thanks for the shout-out. Have you ever been overseas?’ And I felt like a poser because I hadn’t,” he said. “I didn’t even know how to go about it.”

A member of Niemann’s crew had worked with Toby Keith, an active supporter of the troops, and offered to put Niemann in touch with the USO, a private organization that provides entertainment and support for troops and their families. That connection led to Niemann’s first USO tour in 2016.

Niemann was so moved after the experience that he quickly signed up for the 2017 Christmas tour. He thought long and hard about what he could offer them.

The tragic inspiration came that October as Niemann was sitting on his couch, guitar in hand, flipping through the channels when he saw the news about the ambush of U.S. special forces operators in Niger that left four dead and two wounded.

He immediately got to work on “Old Glory,” his salute to the military, that he held close until he could perform it for the first time on the USO tour.

“I thought about all those young men and women I’d met and it just hit me hard,” he said. “That song just started falling out. I took a lot of the stories I’d heard and put them in the song.”

Niemann has described the song as “100 percent heart, zero percent politics,” and his goal was simply to tell their story from their perspective.

“There’s a lot of sacrifices I never thought about that we take for granted,” he said. “Everybody relies so much on partisan news feeds on whatever side of the fence people lean so it was fun to call it how it is from my heart and hope some other people may get some more awareness of what they go through.”

Jerrod Niemann with Ken Peltier and special guests Brian Davis and Jon Stone on July 18 at Joint Base Elmendorf-Richardson for military personnel.