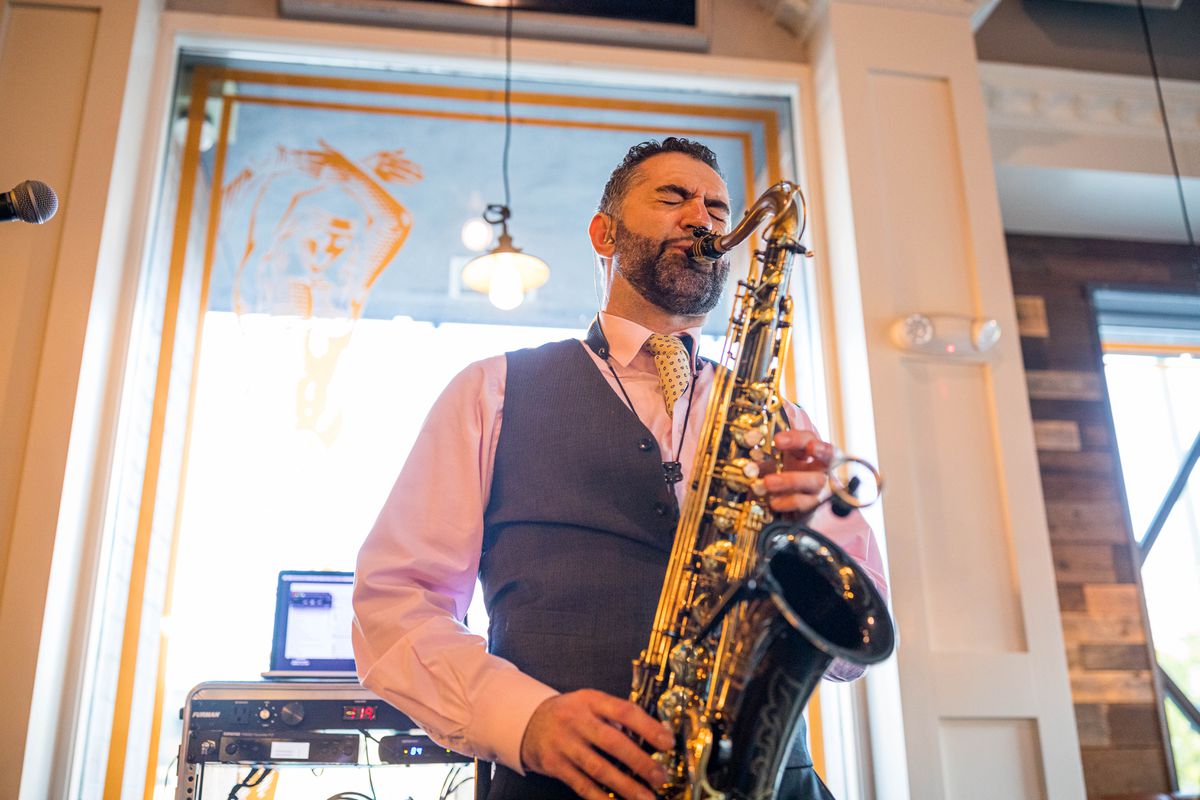 It’s quite a sight to exit an Anchorage bar in February and see a saxophone player busking alongside two propane heaters at 1 o’clock in the morning. But for a year and a half, that was Bill Hauser’s hustle — known to Alaskans by his stage name KillBill Sax.

Hauser got the idea from another local sax player — Nelson Felix — who was busking downtown and had been doing so for years.

“Nelson was very gracious about another sax player setting up shop and even supportive,” Hauser said. “I ended up using the exact same propane heaters set-up that he had, after trying other methods that didn't work. Sometimes he and I would perform together or across the street from one another, and he was really the inspiration for me giving it a go.”

And while KillBill doesn’t busk anymore, he regularly plays at a number of bars and restaurants in town. He teaches too.

“I am in a fortunate position at this point in time where I don’t have to [busk],” Hauser said. “I always need to make money, I always need to hustle, but I realized whatever you spend your time doing, that’s your life — in general.”

Hauser grew up in Anchorage’s small jazz scene. While most 19-year-olds were sneaking into bars for the booze, Hauser had other priorities — slipping into Blues Central for their Sunday night jam sessions.

“I would sneak in from the back door — I had like a full beard back then too,” Hauser said. “They didn’t card me. I was playing with the band. I didn’t cause any trouble or anything. Those are actually some of my best memories was coming home from college and playing with the Blues Central house band. That was kind of my first taste of learning how to play behind a singer and learn how to try and mimic a vocal run they might do.”

The Anchorage-based saxophonist discovered a love for the instrument in elementary school. Soon after graduating college, he got a gig as a member of the Platinum Soul Band with the Universoul Circus — a traveling circus that combines music, theater and circus acts. It was the biggest job he’d ever gotten. But Hauser doubted whether he would be as good as the other more experienced musicians, and the experience scared him off. Not soon after, he moved to New York City.

After putting his horn down for over a decade, Hauser needed an outlet and found a community in New York, performing in niche R&B venues in The Village.

“(Before) I was always afraid of being judged for not being good enough,” Hauser said. “Then I realized I didn't care what people thought as much as I needed that outlet. It felt like more of an actual need to stay sane than it was about just enjoyment.”

The problem of living somewhere so fast-paced is that you aren’t afforded the luxury of figuring things out, Hauser says. He established a network in New York but needed to find a place to slow down. In 2015, he moved back to his home state.

“Everyone wants you ready-made out there,” Hauser said. “In fact, they want you ready-made in most places. This place is much more forgiving, for a whole bunch of other reasons. But those reasons aren’t important … there haven’t been any places that have treated me as well as my hometown. I really couldn’t think of a better place to come back and figure things out and reboot, rebrand.”

Hauser is currently working with Maple Struggle, an artist and producer from the United Kingdom, to produce his EP album, which will feature an assortment of instrumentalized covers. In the meantime, Hauser is performing at of establishments in town, including most recently the Whale’s Tail, Tequila 61 and Matanuska Brewing Company (a full schedule can be found at killbillsax.com).