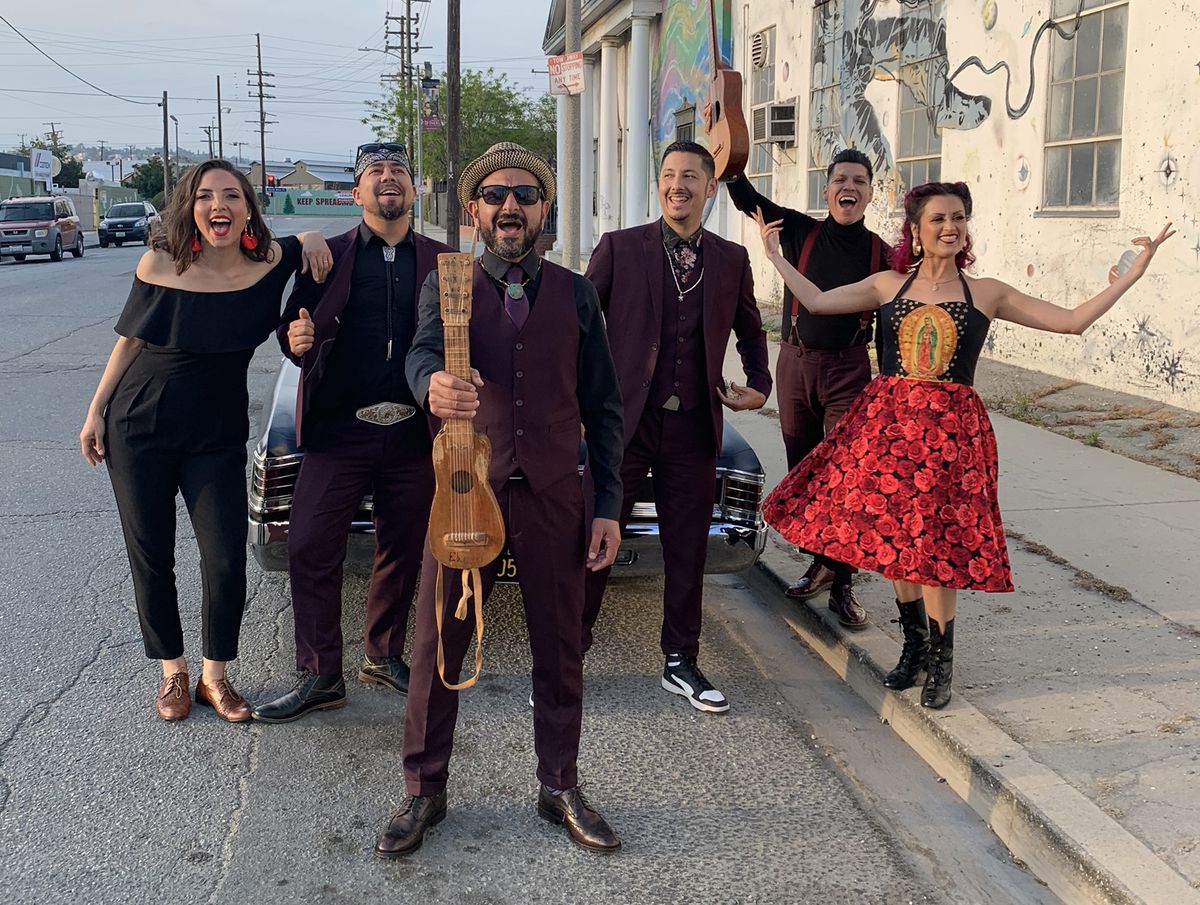 Being a member of the band Las Cafeteras has taught Hector Flores an important lesson: people have more in common than they think.

Following the election of President Donald Trump, the Los Angeles-based band released “If I Was President” and asked people a simple but open-ended question — what would they do if they were in office.

The responses they received, whether they were from school children, fans at a show or people in line at the grocery store were a message of hope — making sure everyone had food, an education and ensuring bullying was never allowed.

“For us, we were asking working-class Americans, what would you do if you had the power to create change that would impact everybody positively — what would that look like?” Flores said. “For me, ‘If I Was President’ was trying to push into the world not what I don’t want, but what I do want. I think everybody is against things. We live in a very anti-culture… it’s very important to put what you’re for.”

Flores, along with Las Cafeteras’ five other band members — Leah Gallegos, Jose Cano, Denise Carlos, David Flores and Daniel French — are all children of immigrants. Since the band’s formation in 2005, some members met through college classes, while others met through their roles as political organizers.

Through a lot of campaign work, Flores said he and some of his fellow bandmates were burnt out — but music was an outlet to channel frustrations in a different way.

The Chicano band is known for its eclectic blend of folk and spoken word with traditional Son Jarocho — the music style from Veracruz, Mexico — along with zapateado dancing and Afro-Mexican music. Traditional Son Jarocho instruments like the tarima, requinto and the quijada (a donkey jawbone) can be heard throughout their self-released albums, most recently in their 2017 release, “Tastes Like L.A.”

“Part of what we’re trying to do is show how we’re not that different, and show a variety of different styles that we grew up with that come from all over the world — Africa, Europe, Native American, Latin American — we all bleed, we all laugh, we all breathe the same air,” Flores said.

Growing up, Flores said he and his bandmates listened to oldies and wanted to create an EP of covers that reflected their influences. In 2019, Las Cafeteras released the first of four singles, “Angel Baby,” a reprise of the original 1960 hit by Rosie and the Originals.

“When people think of American they don’t always think of Mexican kids,” Flores said. “As Mexican kids, we wanted to pick a classic American song that we feel as connected to as anybody else.”

The Las Cafeteras’ cover of “Angel Baby” is sung in English and Spanish but still holds onto the classic feel of the original.

“We hear it differently — that doesn’t make it better or worse, it just makes it different,” Flores said. “Hopefully, you appreciate that — that we can sing this American song in a lot of different ways with indigenous instrumentation, in Spanglish, in English — that’s kind of what we want to do. We want to flip the script and allow people to hear classic songs in a new way.”

In February, the band will be releasing a cover of the James and Bobby Purify single, “I’m Your Puppet,” but with one small change. The majority of lyrics stay the same, but Las Cafeteras’ cover is titled “I’m Not Your Puppet.”

“We can love each other without being submissive to each other,” Flores said. “We can be in love without controlling one another. 2020 is a new day, there’s a new way to relate to one another … it doesn’t have to come with the power dynamics that have created a lot of violence and anger and control. We want to do it in a fun, light way.”

Join the Anchorage Concert Association, Out North, Sol de Medianoche and community artists for a celebration that includes basic instruction for a Zapeteado to be danced accompanied by Las Cafeteras. Moderated by Indra Arriaga Delgado. Free; all ages welcome.