On their own: Houser, Marvel cut paths without courting commercial country 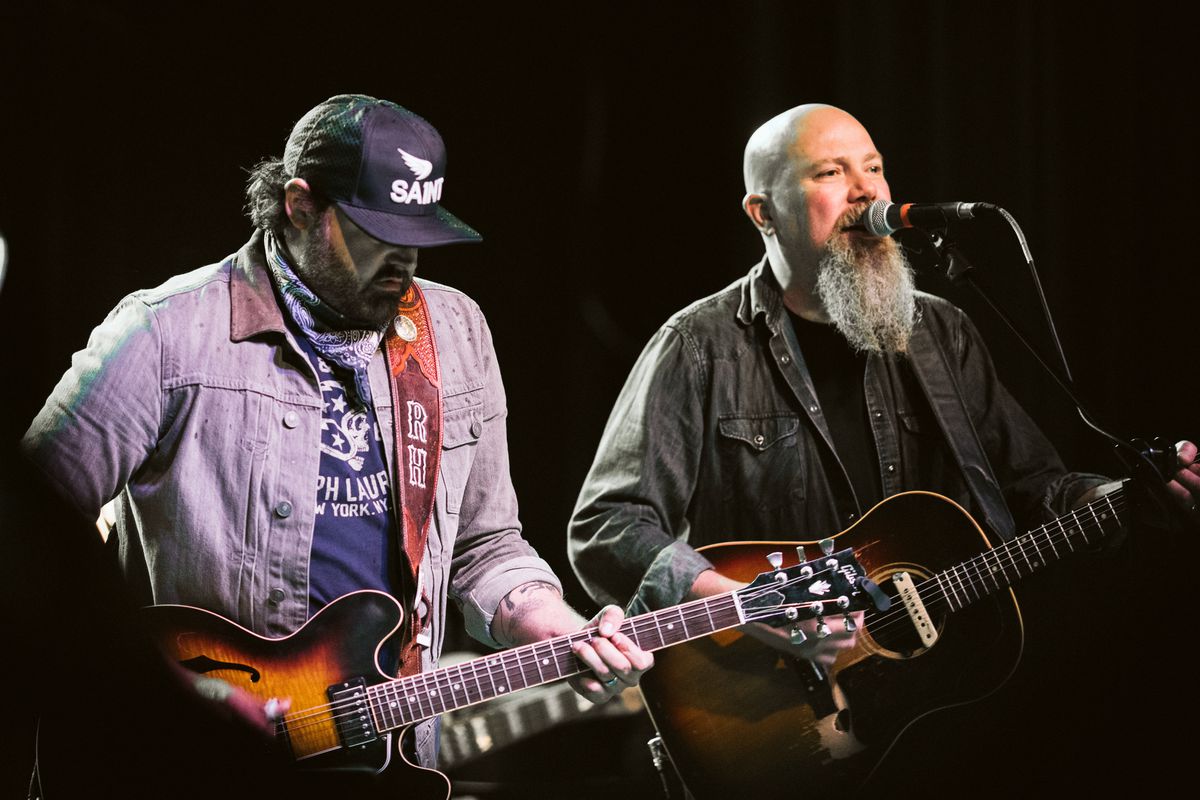 Randy Houser’s boss tried to tell him what to do, but all he heard was a nagging parent.

“I had a record label executive who would sort of hold my hand to the fire and make me do things, basically tell me I wouldn't receive any support unless I would record these songs and do things his way,” Houser said.

“You know, get a haircut, get a real job and all that.”

Houser explained why he fought — and won — those artistic battles during a Feb. 14 interview in advance of three Alaska shows, including the Jim Beam Jam at Williwaw on Feb. 28 that kicks off Fur Rondy.

He reclaimed creative control from his label with the 2019 release “Magnolia,” which was a critical smash ranked No. 6 on Rolling Stone’s top 40 country and Americana albums of the year.

In addition to the Anchorage appearance, Houser will perform alongside fellow singer-songwriter Kendell Marvel in Wasilla Feb. 27 and Fairbanks Feb. 29.

“He’s stubborn as hell, which I love about him,” said Marvel, 49, who's taken annual trips to perform in Alaska since helping launch the Backyard Country BBQ in 2013 with Houser topping the bill.

“He will never do anything again that he doesn’t want to do. That’s just where he’s at. Whatever it costs, so be it, and he’s that way.”

Marvel didn’t have a bad 2019 himself. His sophomore album “Solid Gold Sounds” landed just five spots behind Houser at No. 11 on Rolling Stone’s Top 40 list.

Houser met Marvel about a week after moving to Nashville in 2002, where they worked in tight quarters at a publishing house and struck up a friendship over drinking suds and writing songs.

Marvel sold a hit song on his first day in Nashville in 1998 — “Right Where I Need to Be,” recorded by Gary Allen — and went on to pen more for the likes of George Strait, Jake Owen, Blake Shelton and Chris Stapleton, who he’s worked with on dozens of songs, including the 2018 Grammy-winning “Either Way.”

Houser found solo success long before Marvel, who, like Houser, eventually realized that the songs he was writing were no longer what was playing on country radio but were still in demand from fans of the traditional sound.

“We've been friends for a long time, and we've watched each other grow in this business, and it's just been a good time, especially the past few years of watching him start making his own albums and doing his own thing,” Houser said.

Houser co-wrote his first hit for Trace Adkins a few years after moving to Nashville with “Honky Tonk Badonkadonk” before busting out as a frontman.

He got a break when he played the title track from his debut album “Anything Goes” in 2008 on “The Late Show” with David Letterman after the host heard it on satellite radio. He went on to receive a nomination for the 2009 Best New Artist of the Year from the Country Music Association.

Houser made it big after signing with Stoney Creek at Broken Bow Records with the 2013 album “How Country Feels.” The title track and its follow-up “Running Out of Moonlight” each went to No. 1 and both videos earned award nominations from Country Music Television.

The sound on “How Country Feels” was also at the forefront of what has since been derisively dubbed “bro country,” and after turning 40 while touring as the opening act for Luke Bryan in 2015, Houser became disenchanted with what was dominating radio play and what labels were demanding.

“And I was stuck in this contract and I was gonna be stuck in it for a long time,” Houser said. “I wasn’t going to get any support in my career if I didn’t record these songs that I didn’t really care about recording.”

Houser released “Fired Up” in 2016, which included another No. 1 with “We Went,” but he was done listening to the label.

Three years later Houser returned to his roots with “Magnolia,” and from the album title’s tribute to his home state of Mississippi through the last track, it’s an autobiography told in the pure, yet raw way that only country can tell.

Looking back, Houser still loves and plays his first big commercial hits, even though he was “kind of pushed into doing them.”

“The problem was that they wanted to continue making the same thing. And the problem with that was everybody was doing that and I never want to be in the big ol’ mix bowl that’s just a bunch of the same s--- trying to make a salad."

Houser didn’t really like making music videos, either, even though two of them had been nominated for CMT awards.

Some he enjoyed, but on others, he complained, “it’s like, ‘hey, stand here, pose and lip sync.’”

When it came to putting the visuals together for his passion project “Magnolia,” Houser again went his own way.

Instead of four-minute music videos, Houser used his budget to produce a 45-minute film by the same name that tells the story of an oil rig worker transferred back home to Mississippi, where he has to confront painful memories and the fallout from finding new love.

“The film was just a chance to connect the dots,” said Houser, who plays a bartender in the film and performs from the album throughout. “We wanted to do something unique for our fans.”

Channeling that creativity is a mission for Houser.

“Sometimes you have to make the songs that you can only get from that artist,” he said. “So many times I feel like we get in this rut of the same musicians and the same guys mixing it and the same things other people are doing because they’re successful.

“It was just important to make something that is unique and to write songs that were my story. Not just ‘hey, let’s go pick the girl up in the truck.’”

When Kendell Marvel sat down with producer Dan Auerbach to talk about his next album, his first thought was they’d lean on his 2017 solo debut “Lowdown and Lonesome,” whose title track he wrote with and was originally recorded by Houser.

“I said, ‘you heard my first record, right?’ And he said, ‘yeah, but you don’t want to do that again do you?’” Marvel said. “It really struck me. I said he’s right. I want to do something else.”

Do something else they did. Auerbach, best known as the guitarist and singer for the Black Keys, owns Easy Eye Sound in Nashville, which is filled with vintage recording gear dating back to the 1940s through the ‘70s.

Over four days, Marvel and Auerbach wrote and recorded the entire album in a throwback fashion to the “Nashville sound” of the 1960s with the help of session musicians whose heydays stretched back to the era of some of the greatest artists of all time.

“All the guys in the band, the youngest guy saw The Beatles live. These guys played on everything from ‘Pretty Woman’ to ‘In the Ghetto.’ They played with Elvis and Charlie Rich. The drummer was 80 years old,” Marvel said.

Two months after the album was released to universal praise from critics and his peers, Marvel realized a dream by getting to play the Grand Ole Opry. He even got to meet Tom Hanks, who was in the audience that night in December.

“It was surreal,” Marvel said of playing the Ryman Auditorium. “As a musician growing up, you always want to but you don’t think you’ll ever get to do it.”

This year he’ll be hitting the road touring with Chris Stapleton, Sheryl Crow and even Hank Williams Jr., but there’s no chance he’s skipping his home away from home in Alaska for the Backyard Country BBQ.

“I’ve been there probably 20 times,” the Illinois native said. “A lot of people go to Texas a lot. I go to Alaska. I’ve played there more times than I’ve played in my home state, which is very strange to me. There’s a lot of music fans up there and they’re starving. It’s hard to get there, but we’ve turned this into an acoustic thing where it’s not too expensive to get there. You bring the whole band and that gets in your pocket real quick.

“We’ve figured out a little niche here where we can bring some legitimate country stars up there, keep the ticket prices reasonable and everybody have a good time.”

6 p.m. Thursday, Feb. 27, at Menard Sports Center in Wasilla. 21 and up unless accompanied by parent or legal guardian. Tickets $43 at brownpapertickets.com.