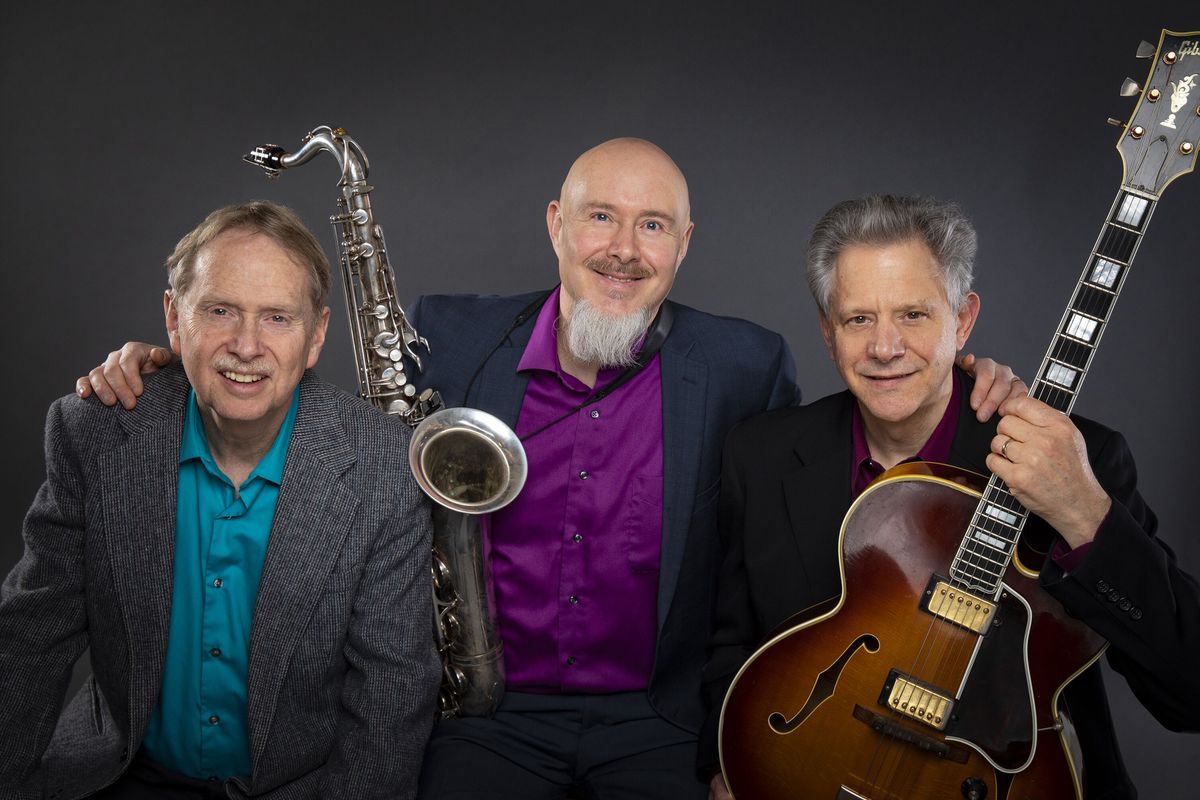 Some of Alaska’s jazz mainstays have founded a music series aimed at showcasing original compositions in an intimate setting.

The house concert is part of a series aimed at highlighting never-before-heard pieces from Damberg, Zelinsky and Manners. Doors open at 7 and music starts at 7:30 p.m., with two sets of music and an intermission in-between.

Damberg says their series will allow them to create original music and showcase it on a regular basis, as well as continually give them deadlines to compose, so they can be prepared to fund their projects and provide a service to the community.

“We want to have a vehicle to create our original music and showcase it on a regular basis, maybe say four times a year — to continually give us deadlines to write new music so that we’re prepared to submit our new music to say grant situations — to fund our projects, and to provide a service in this community which is not provided in other places and at a reasonable price for us,” Damberg said.

“It’s so important that we keep setting goals — playing and performing goals — because that’s what makes us better teachers, is being better performers and composers,” Zelinsky added.

Both Damberg and Zelinsky are no strangers to hosting their own concerts. Damberg formed the John Damberg Latin Jazz Quintet in 1995, a group he put together to play and improvise music from some of his favorite composers.

“(Improvisation is) like having a two or three or four-way phone conversation with people — it’s always different, it’s always fresh, you have a basic idea of the game plan. Or, it could be like playing Monopoly, where the game strategy is different with different people,” Damberg said. “Cuban, Peurto Rican, Trinidadian, Brazilian, African — whatever I liked. … I put them together and I would set up concerts.”

Zelinsky also led his own series of concerts, the Jazz Masters Series — where each show highlights the music of jazz legend, like Miles Davis and Duke Ellington. On occasion, he switches it up and performs music from his own albums. The series started in 2009; since then, he has put on 35 shows.

The house concert series has its advantages, Zelinsky said.

“It’s fun playing at SubZero, for instance — I’m doing that now — but there’s a lot of talking going on,” Zelinsky said. “So if you go to one of our house concerts, it’s a concert setting. It’s going to be a relaxed atmosphere, some light food and drinks — but when the music is playing, the focus is on the music.”

Both Damberg and Zelinsky have similar stories of how they came to Alaska. Damberg moved to Alaska in 1991 and Zelinsky in 1995. Damberg has been teaching in Alaska since he moved here in the ‘90s, substitute teaching across the Anchorage School District and at UAA as a percussion instructor and the director of UAA’s Percussion Ensemble.

Initially, he would pass out business cards to any students who wanted to take lessons, but as the number of interested students increased, he had to call for backup. Damberg hired some of his friends in the jazz scene to assist him, including Kerry Maule, Andy Mullen, Mark Manners and Jeff Baird in the mid-90s — but it wasn’t until 2000 until he founded the Alaska Jazz Workshop — a nonprofit dedicated to providing jazz education and increasing awareness in the state. To date, he says they have worked with over 3,500 students.

“Being up here, I sort of take the Wally Hickel approach in that I look at Alaska — there (are) a lot of holes in the infrastructure,” Damberg said. “If you can provide a service in that hole and be steady eddy, like hang your shingle out and show up and do a good job, then the people will come if you have longevity and stick around.”

Zelinsky agrees. As a jazz band teacher in Anchorage for 24 years, Zelinsky realized there were few opportunities for students interested in improving their skills over the summer months. This summer will mark Zelinsky’s 20th year of Alaska Band — a music program that teaches beginning and advanced band and jazz improvisation.

“The majority of kids aren’t going to become professional musicians, but some are,” Zelinsky said.