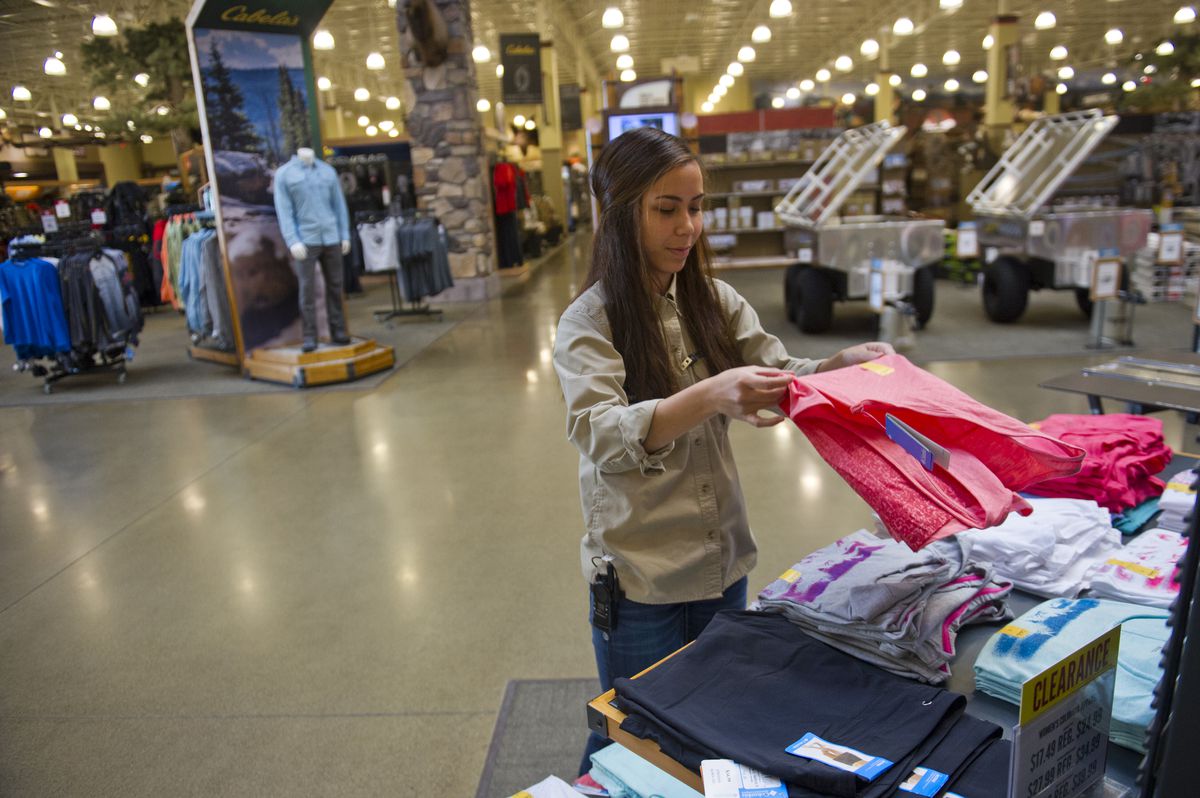 As shoppers scoured the soon-to-be-closed Sports Authority on the Old Seward Highway this week for deals, recruiters from other stores were busy handing out business cards to the bankrupt sporting goods giant's dwindling crop of employees.

Alaska's retailers, along with health care providers and the federal government, are among the employers adding jobs to a morose market stricken by layoffs and attrition in oil and gas, state government and construction.

In the case of retail, which includes bars, restaurants and stores large and small, a strong tourist season could be offsetting any reductions in spending by residents, said Dan Robinson, director of research and analysis at the Alaska Department of Labor and Workforce Development.

"Retail has been one we're watching because as oil and gas and state government shed jobs, and if consumers say we need to tighten up a little bit, that would be a good sign the indirect impacts are starting," Robinson said. "It will be interesting to see in October, after the tourists have left, whether Alaska consumers are driving that sector."

Labor Department estimates show retailers added close to 2,000 jobs in 2016 compared to the first five months of last year. In all, retail accounted for 39,100 full- and part-time jobs across the state as of May.

"I think all retailers in town have been experiencing challenges filling positions with qualified candidates and we are definitely understaffed at the moment," said Clark.

Summer is the busiest season for Cabela's and other retailers with the arrival of tourists. It also happens to be the time of year when positions are hardest to fill because other retailers, fishing and construction are all competing for workers, Clark said.

Overall, total year-on-year employment across the state has been flat for the past several months.

Health care, the biggest job creator in the last decade, continues to grow. The expansion of Medicaid is bringing the newly insured into doctor's offices for check ups and procedures they couldn't afford before.

About 10 percent of jobs throughout Alaska are in health care. In May, labor officials estimated there were 36,100 jobs in the field.

Providence Health and Services, which employs about 4,300 people, has seen steady jobs numbers over the past few years, said spokesperson Mikal Canfield.

Alaska Regional Hospital, with about 800 employees, saw an increase of 56 positions over last year, said Will Smith, vice president of human resources. He added the hospital has openings for nurses and technicians in surgery, therapy, the catheterization lab and emergency department.

"The jobs all come with excellent benefits like tuition reimbursement, student loan repayment, possible relocation and sign-on bonuses," he said.

Persistent demand for health services makes the sector more resilient than most.

"As the impacts from state government cuts and less oil and gas activity spread, health care will be one of the last sectors to feel it if at all," Robinson said. "People will need the same level of health care as they do when the economy is stronger."

Still, the well-being of Alaska's health care industry may not last should the economy cave. The governor and legislators are engaged in a struggle over how best to maneuver out of a $3.2 billion deficit caused by a drop in oil prices and declining oil production. The policy tools they ultimately choose — from raising taxes to cutting spending to using some portion of the state's savings — will determine the direction of the economy.

"We have seen continued growth in the industry, but it's premature to expect that it will continue indefinitely," said Becky Hultberg, president and CEO of the Alaska State Hospital and Nursing Home Association. "Health care is linked to the overall economy, so if you see a downturn in the economy, with layoffs making people uninsured, you can't expect health care to not see that impact eventually."

Of the major sectors showing job growth this year, the federal government is most insulated from employment losses brought about by low oil prices and state fiscal policy.

In Alaska, a recent federal job loss trend appears to have reversed, state labor numbers show, but it's not clear which department or agency is the primary driver of growth, according to state labor economist Neal Fried.

"Hiring is happening across the federal government," Fried said.

The federal government has added a small percentage of jobs each month, compared to the same month the previous year, since August 2015. The annual average of 14,900 federal jobs for 2015 is on track to rise this year.

Other jobs with potential to persist in an economic downturn include those in fishing and tourism, provided it focuses more on Outside visitors than on locals, Robinson said.

People who work remotely from Alaska for tech, pharmaceutical, marketing, publishing, consulting or other companies based elsewhere and that are immune to the ups and downs of the state economy may also have greater job security.